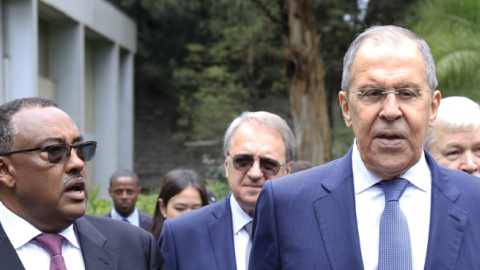 Russian Foreign Minister Sergey Lavrov published an op-ed in four African newspapers last month explaining why he was on a multicountry tour of the continent—and why African nations should support Moscow’s invasion of Ukraine. Mr. Lavrov blamed Western sanctions for the food crisis in Africa and asserted that in contrast to the UK, France, Belgium and other European powers, Russia “has not stained itself with the bloody crimes of colonialism.”

The idea that Russia avoided colonial expansion has surprising resonance in the West and elsewhere. Russia never had formal colonies in Africa, Latin America or South Asia. But the idea that the Kremlin avoided colonization projects altogether—that it dodged the “bloody crimes” for which Dutch, Spanish or Portuguese empires were responsible—is as risible as it is ahistorical.

It’s not as though Russia simply appeared as a transcontinental juggernaut, stretching to the Pacific. It spent centuries conquering and colonizing Eurasia, extracting local wealth and subjugating colonized peoples to dictatorship from Moscow and St. Petersburg. The difference is that other European empires colonized overseas, while Russia colonized overland, capturing adjacent territory.