“Japan and the U.S. together should lead the Indo-Pacific Century to make it one that cherishes freedom, democracy, human rights, and rules-based order.” — Prime Minister Shinzo Abe on accepting the Herman Kahn Award 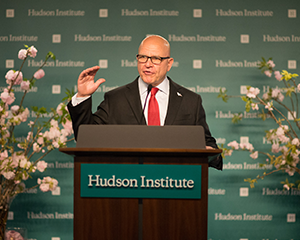 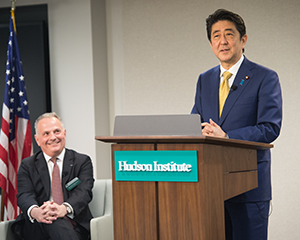 Since its founding nearly 60 years ago, Hudson Institute has championed a strong Japan and the importance of the U.S.-Japan alliance. Hudson’s founder was among the first to predict the rise of Japan as a major world economy. 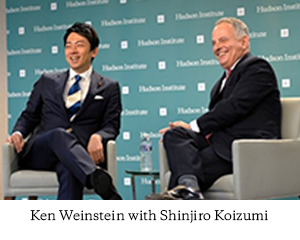 In 2013, Prime Minister Shinz? Abe received Hudson’s Herman Kahn Award, in recognition of Japan’s crucial role in helping secure a free and prosperous future for democracies around the world.


Today more than ever, growing threats in Northeast Asia and the Indo-Pacific prove the need for an enduring Japan-U.S. alliance.

Hudson launched the Japan Chair in spring 2019 to address these challenges and opportunities. This major new initiative, led by Lieutenant General H.R. McMaster, will allow Hudson Institute to capitalize on 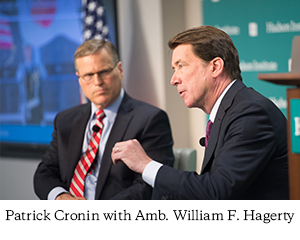 its deep connections in Tokyo and Washington to expand economic ties, enhance defense cooperation, and promote closer scientific and technological collaboration between the United States and Japan.

Historical Reflections on U.S.-Japan Relations: The 60th Anniversary of the 1960 Treaty of Mutual Cooperation and Security