Life in modern consumer society, which once centered on “things,” increasingly centers on “information.” As the pace of technological progress continues to speed up, broad implications are emerging for almost every dimension of human life.

One less-noted aspect of this evolution is the potential convergence of several rapidly-developing technologies into an integrated “infosphere.” Such at least is the aspiration of China in its pursuit of dominance and control of the global information infrastructure— the “digital road” component of its Belt-and-Road-Infrastructure (BRI).

The emergence of 5th generation mobile communications technology is far more significant than simply an incremental improvement over 4G (or the previous step changes between telecom generations that have being going on since the 1980s). 5G will enable a world-wide transition to mobile technology with nearly instantaneous transfer of data. By 2025, six billion people—three-fourths of the world’s population—will be interacting with data on average once every 18 seconds through ubiquitously distributed 5G capabilities embedded in everyday appliances through the “Internet of Things” (IoT) as well as those used by business and governments.1

The establishment of a global 5G network is the critical enabler of the global infosphere, facilitating the integration of other mutually reinforcing services.

China will finish fielding its global BeiDou (“Big Dipper”) PNT system in 2020. This 40+ satellite constellation competitor to the US Global Positioning System (GPS). Its precise geotemporal (time and spatial location) information will provide nearly continuous information on individuals, objects, and transactions. When linked to a 5G telecommunications system, most of the activities of its users will be able to be monitored, stored, tracked, and evaluated remotely.

For example, China’s facial recognition software embedded in mobile telephones exploits 200 million traffic cameras and other imaging devices to track individuals. This capability has been demonstrated in its efforts to rigidly control and suppress the ethnic identity of non-Han Muslim and Tibetan minorities.2 The system is now being propagated to China’s BRI partner nations. The beneficiary of its largest BRI project, Pakistan, has also become the first international user of the BeiDou system.

BeiDou is a prime example of China’s successful use of national security and industrial espionage for commercial advantage. China’s defense and intelligence organizations acquired US and European PNT technology through cyber operations and other forms of intelligence collection. China’s network of science and engineering universities and technical institutes assessed and exploited the stolen data, patenting it locally. The patents were then distributed to the entities that would apply the technology and bring products to the international market. The BeiDou system is the product of 54,000 patent filings.3 Not surprisingly in view of its dependence on purloined technology, China’s largest patent filer is Huawei, the “developer” of China’s 5G technology.4

Perhaps the most difficult aspect of the infosphere to grasp is the sheer scale of data that feeds it. Ninety percent of the data produced in the entirety of human history comes from the past 24 months, and the data tsunami is just beginning. Every day, 2.5 quintillion bytes (2.5 quintillion is 2.5×1018) of data are produced, and much more will come as 5G technologies enable nearly universal connection of objects and devices via the internet.

The value of information buried in this stupefying quantity defies traditional methods of data reduction and analysis. But insight can be extracted using modern data analytic techniques, including artificial intelligence and machine learning. The interwoven technologies of the infosphere contribute to this relentless data flow, in turn providing insights into its users both en bloc and individually.

By 2030, as many as 125 billion commercial and industrial IoT devices will be producing data transmitted through the global 5G network. This data will be stored and processed in global digital data clouds for exploitation by individuals, commercial entities, and governments.5

The growth, diversity, and global reach of these technologies will be enhanced as China modernizes its infosphere, seeking global dominance based on its early fielding of 5G networks. The creation of this parallel payments system supports China’s long-term aspiration to reduce the international role of the dollar (though the prospects for doing so in the near future appear remote).7

Nevertheless, the propagation of China’s cashless payments at scale on an international basis is likely to be successful in many markets in developing nations with immature financial services infrastructure. These underserved markets can create a platform for significant Chinese in countries across Africa, Asia, and the Western Hemisphere – especially the countries where China has other commercial, diplomatic, and security interests. The “retail” character of China’s payments system also facilitates the harvesting of data on individual transactions, which can provide China with detailed information about the “patterns-of-life” of individuals. In turn this data can contribute to China’s efforts to influence local governments and private sector institutions and individuals. 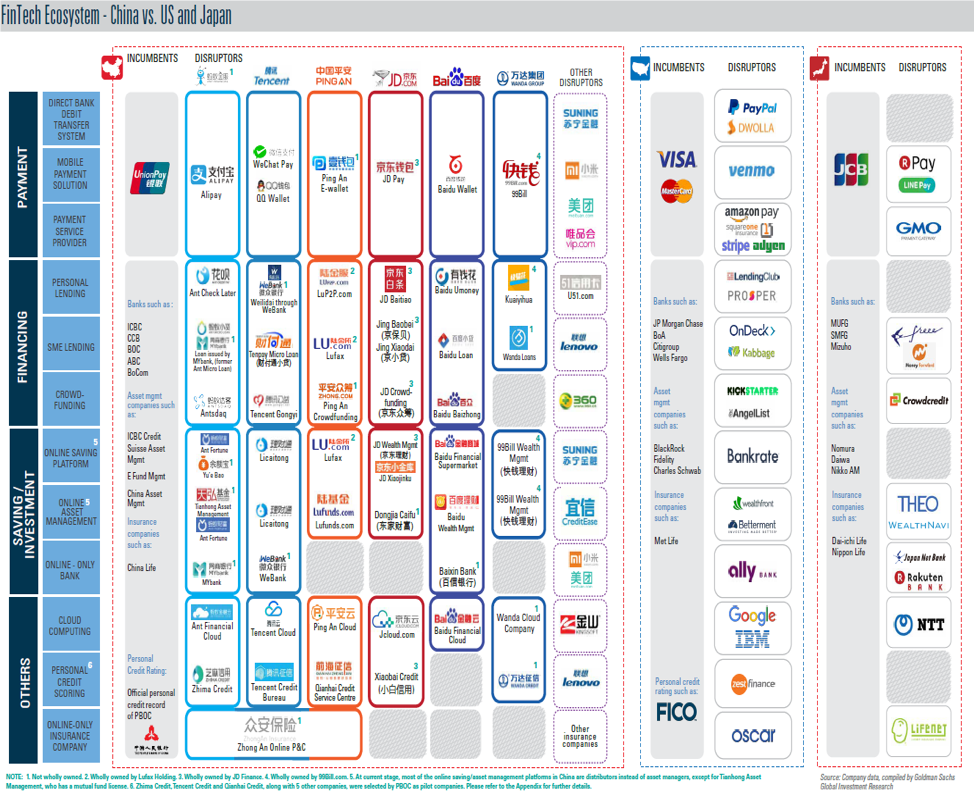 Dominance of the infosphere through propagation of 5G technology based largely on Chinese technical standards facilitates China’s ability to create a parallel international payments system. China’s mobile payments system eliminates the need for cash through a two-dimensional QR (“Quick Response’) barcode linked to a “digital wallet.” The process also enables the harvesting of a vast trove of geotemporally tagged individual financial transactions—information that can then be aggregated with other data collected on specific individuals.

This transactional information is one of the important enablers of China’s Social Credit system.8 For example, in areas where non-Han Chinese citizens live (Tibet and the Uighur regions of Western China), a deficient Social Score prevents millions from buying tickets for public transportation.9

5. The technologies of autonomy

The extension of network connectivity between users and billions of devices in the next several years through the IoT will incorporate the ability to use and control devices remotely as well as enabling their autonomous operation.10 5G’s capacity to transmit information extremely rapidly will advance related technologies of autonomy like artificial intelligence (as illustrated in Figure 2 below). 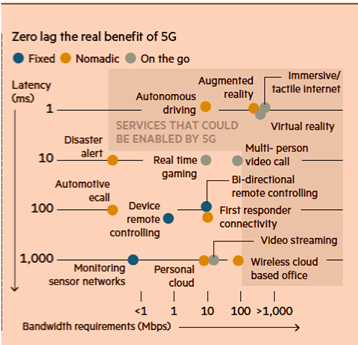 The data rates characteristic of 4G are insufficient for autonomous operation of systems such as cars and aircraft. 5G will provide near-zero lag-time in the completion of data exchanges, making the operation of autonomous systems feasible.

The highly integrated character of China’s information infrastructure is an important component of its wider commercial and national security objectives.11 The intelligence role of China’s 5G technology is a matter of great concern to U.S. and allied governments.

Of particular note: In 2014, the UK established the Huawei Cyber Security Evaluation Centre (HCSEC) Oversight Board to provide analyze and report annually on China’s ability to use Huawei 5G infrastructure to monitor the content of UK telecommunications traffic. The HCSEC’s 2019 conclusion was unchanged from its negative 2018 assessment about the UK’s vulnerability. It is unlikely that any Chinese entity, public or private, including Huawei could avoid compliance with China’s 2017 National Intelligence Law, which compels individuals and institutions to collaborate with China’s intelligence organizations when requested.12

China’s emerging efforts to gain control of the global infosphere by linking it to a global Chinese 5G network are likely to continue. Recent US legislative initiatives that attempt to develop competitive offerings to China’s infrastructure efforts – including 5G – remain embryonic and untested.13 The US is late to the game, and the time to catch up is short.

Unreliable Data Have Infected the Policy Debates Over Drug Patents

The COVID-19 pandemic has vividly brought to the public’s attention the key role of medical innovation in saving lives and increasing the quality of...

In a podcast interview with Jonathan Tobin on Jewish News Syndicate, Doug Feith discusses the Iranian nuclear threat, the wars in Iraq and Afghanistan...