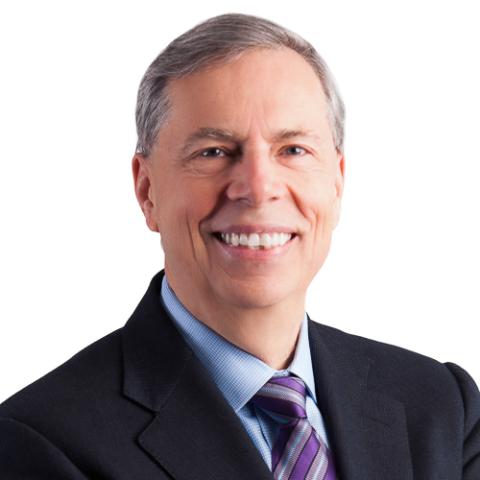 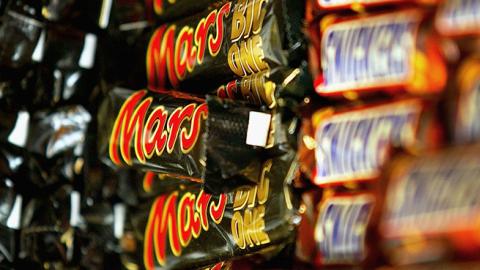 Caption
Bars of confectionary are seen on display in a newsagent on September 27, 2004 in London (Bruno Vincent)

Nobody is sweet on sugar anymore. Influential nutrition advocates have called it Public Enemy No. 1, the ISIS of public health, lurking even in innocent-looking salad dressings and peanut butter. Last November an additional five U.S. cities implemented taxes on sugar-sweetened sodas. And to create an inviting new target, the 2015 Dietary Guidelines Advisory Committee identified sweets and snacks as the largest contributor of added sugars.

Few dispute that too much sugar is bad for you. But as the war against it escalates and more food and beverage products are under siege, it’s a good time to examine what works and what doesn’t work in getting these industries to sell healthier products. To make a big dent in obesity, food and beverage companies and their opponents must shift their spending away from attacking each other and adopt a new playbook for engagement, one in which industry recognizes activists’ assaults as reflections of changing consumer attitudes and harbingers of new growth opportunities, and where vocal advocates use corporate performance metrics to motivate change.

Instead, the warring parties continue to skirmish according to the old model, with one side spending big on trying to get regulations enacted and the other throwing dollars at trying to avoid them. Several prominent public health organizations have pledged to spend an estimated $825 million over the next 10 years to promote sugar taxes, ban junk food advertising, change package labels, and do research related to healthier eating and food industry practices. Since 2009 beverage companies alone have spent approximately $200 million to protect their sugary signature products federally and locally. As threats of additional taxation loom, millions more are likely to be spent. But these investments only fatten the wallets of lobbyists and advertising agencies; they have not made Americans any thinner. According to the latest data from the Centers for Disease Control and Prevention, an alarming 37% of Americans are obese, with half of the 50 states exhibiting obesity rates exceeding 30%

Perhaps the best example of how the industry-activist wars have played out is the push to tax sodas. The notion of taxing unhealthy foods was first unveiled in a 1994 op-ed piece in The New York Times by Dr. Kelly D. Brownell, former head of the Rudd Center for Food Policy and Obesity at Yale University. In 1998 the Center for Science in the Public Interest weighed in with its Liquid Candy report on sodas, which also called for a tax. In the intervening years, industry has rebuffed all efforts to impose taxes on sugar-sweetened drinks, spending an estimated $67 million since 2009 in 19 cities and states to defeat soda tax initiatives, according to CSPI.

But industry fortunes changed in November 2014, when the city of Berkeley, Calif., voted for a 1-cent-per-ounce tax on sugar-sweetened beverages. In 2016, Philadelphia followed with its own tax, as did Chicago, Boulder (Colorado), San Francisco, Oakland and Albany (California). Seattle’s mayor has subsequently proposed a 2-cent-per-ounce tax. Industry spending and lobbying failed to deliver their intended effect. Most disconcerting, this counter assault by the beverage companies has blemished the major strides and commitments they have made in introducing healthier and lower-calorie drinks.

Activists also have not been shy in spending on soda tax referendums. Former New York City Mayor Michael R. Bloomberg alone has spent up to $25 million on such proposals. But are such taxes the panacea that they are portrayed to be?

Virtually all the cities that have approved the sugary beverage tax have citizens with below-average obesity rates Poorer red state municipalities and rural areas exhibiting higher obesity rates would be unlikely to even consider such levies.

Mexico has served as the poster child for how sugary beverage taxes can work. Studies by the University of North Carolina at Chapel Hill have concluded that the excise tax on sugar-sweetened beverages in Mexico resulted in a 5.5% reduction in purchases of the beverages in the first year and a 9.7% one in the second year. Contrary to these findings, ConMexico, an industry trade association (using data from research firm Kantar), found that there was virtually no impact on obesity rates due to the tax. It also showed that families were skimping on other grocery items such as soap, toothpaste and toilet paper to pay for the higher cost of taxed beverages.

An unintended consequence of such taxes in Mexico has been harm to small businesses. As reported in Diplomatic Courier, the Alianza Nacional de Pequenos Comerciantes (ANPEC) claims that between 30,000 and 50,000 mom-and-pop businesses, many of which make less than $5,000 per year, and thousands more small bakeries have been forced to close.

So instead of throwing money and missiles at each other, what can the food industry and its attackers do constructively to both improve public health and the industry’s top and bottom lines? How should the warring parties better spend the next billion dollars in their war over sugar? Here are five suggestions:

• Spend more on R&D. The food industry historically spends little on research and development and relies heavily on its marketing prowess. As the traditional iconic brands come under intense scrutiny, smaller portions and new better-for-you/lower-calorie versions will be necessary additions to their portfolios. Studies conducted by Hudson Institute have proven that these items are the real growth area for food and beverage manufacturers. The beverage industry has been expanding its portfolio of healthier drinks for several years, and its bottled water, lower-calorie versions, and smaller containers of the full-calorie products are having an impact. U.S. consumption of sugary beverages has slipped from 56 gallons per person a year in the late 1990s to below 40 gallons today, a level not seen since the pre-obesity crisis 1970s. Bottled water has replaced soda as the top selling beverage category as of last year. The food and beverage industries should be investing more in products like these, rather than in lobbyists and public relations campaigns.

• Be transparent. It’s time to guarantee that consumers can make more informed choices. Clear labeling about a product’s nutritional content is now the minimum ante. The fast-growing millennials consumer segment is demanding greater transparency and scrutinizing food labels as never before. In research by the Center for Food Integrity, consumers said they wanted authenticity and transparency about what’s in their food and put the responsibility for it squarely on the food industry rather than on scientists or the government.

• Clear up consumer confusion. According to segmentation data compiled by the Natural Marketing Institute, most consumers, except those who truly follow a healthy lifestyle, are either confused about or unaware of healthier eating practices. One-off scientific findings that later change, combined with an aggressive blogosphere that amplifies misinformation, accelerate consumer confusion. How bad is sugar? What foods can I eat or drink? Are artificial sweeteners as bad as they say? Not clarifying which information is credible, and letting misinformation spread, represents a sin of omission that reputable public health bodies need to clear up. One approach would be the creation of a joint public health/industry scientific body that sifts through research and identifies credible findings (including industry studies) for routing to the media. A Good Housekeeping-type seal on credible research could be offered so that consumers can sift through circulated information and identify what is trustworthy.

**• Jointly launch educational and public health initiatives focused on children’s developing palates.** Even before its soda tax, from 2006 to 2013, soda consumption among Philadelphia teens declined 24% and obesity among minority boys fell 11.3%. Why? Philly’s schools have been overhauling menus, introducing more water and milk alternatives, and increasing nutrition education. Also, local businesses in poor Philadelphia neighborhoods are voluntarily encouraging kids to make healthier beverage choices on their way to school. Such programs are a far better investment for both well-funded activist groups and food and beverage companies seeking to grow their sales of healthier products.

• Make upfront commitments for improvement. Although the soft drink industry has cut its calorie footprint substantially over the last 15 years and has pledged a 20% reduction in calories sold per capita by 2025, it has acted too late and has frankly been run over by the activist freight train. Companies that sell products containing higher levels of sugar should take advantage of public health activists’ focus on sugar-sweetened beverages to get ahead of potential existential threats by declaring their commitment to lower calories and sugar, selling smaller portions, and communicating more transparently to their consumers.

More than the taxes, bans, and lobbyist armies, these five strategies can make a profound difference. But they require some détente between the two sides. They also require a big, uncomfortable shift in the way activists and food and beverage companies think, operate, and engage with each other.

They can start by understanding where their interests overlap. Activists need to understand that food and beverage companies, like all other companies, need to grow sales and make a profit. They need to remind corporations that great-tasting healthier items will be moneymakers. And food and beverage companies can’t afford to ignore what activists are saying; they provide useful insight into what consumers are turning their attention toward. This shift in focus, away from old playbooks and defending turf, will go a long way toward focusing both sides on the real challenge at hand: reducing obesity in a capitalistic society.