Why the Double Standard with Hungary? 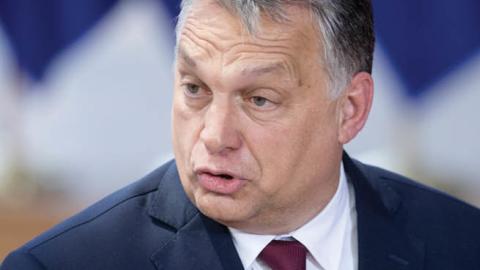 In reaction to the COVID-19 pandemic, all European democracies have instituted large-scale emergency measures. But one nation in particular, Hungary, has been subjected to an unprecedented barrage of international criticism for its response to the crisis.

The Hungarians are charged with moving towards “dictatorship,” bypassing the rule of law, suspending the parliament, and canceling elections. These accusations are false on all counts.

The “state of danger” legislation passed the parliament with the required two-thirds majority. It can be revoked by the parliament by a simple majority at any time.

On March 31, under the headline “ Coronavirus Kills Its First Democracy, ” the Washington Post’s Ishaan Tharoor breathlessly “reported” that in Hungary “Parliament is closed, future elections were called off.”

Unfortunately for the Post’s already-tattered credibility, none of this is true. The Hungarian Parliament has not been suspended. In fact, it has been meeting every week in person, not virtually. When CNN’s Christiane Amanpour asked Hungarian Foreign Minister Péter Szijjártó why parliament was closed, he told her that he had just spoken five times in parliament that very week. An embarrassed Amanpour muttered, “OK, that’s news to us.”

Further, there are no plans to cancel elections. National elections are scheduled for 2022 and local elections for 2024. The only exception is if a current member of parliament dies or resigns there would be no special election to replace him during the emergency because of limits on the number of people permitted in public buildings and spaces during the pandemic. Several American states, including Virginia where I live, have already delayed their primaries for similar reasons.

Critics argue that since Viktor Orbán’s government has an overwhelming majority in parliament it is unlikely to rescind the emergency legislation against the wishes of the prime minister. True, but this is, of course, the nature of democracy in a parliamentary system when a party or coalition of parties has a strong majority. When Margaret Thatcher had a solid majority in the House of Commons, she eliminated several elected metropolitan city councils, including the Greater London Council headed by “Red Ken” Livingston, later mayor of London. She has not been considered by historians as an “authoritarian.”

What’s So Different About Hungary?

It is, however, another aspect of the vicissitudes of parliamentary democracy, as John O’Sullivan (president of the Danube Institute and a former Thatcher speechwriter) noted, that four once-popular British prime ministers (Thatcher, Tony Blair, Harold MacMillan, and Neville Chamberlain) who held commanding parliamentary majorities were forced out of the prime ministership by internal party revolts.

Be that as it may, the Hungarian government is pretty much doing what everyone else in Europe is doing in terms of health guidelines on social distancing and stay-at-home orders. Other European states (those usually more EU friendly, one might add) are more intrusive than Hungary in restricting civil liberties and democratic practices.

France has a state of emergency. French President Emmanuel Macron’s government bypassed parliament to adopt controversial pension legislation by decree. Further, the French government has postponed the second round of local elections and drastically enforces household curfews with fines, imprisonment, and sometimes by physically forcing people back into their homes.

Significantly, a report by Agnes Zsofia Magyar, a senior research fellow at the Danube Institute, revealed that France has instituted a “state of emergency,” rule by decree over 1,000 times since the inception of the Fifth Republic in 1958. Macron in his first two years in office has used rule-by-emergency decrees 84 times. Macron’s predecessor, François Hollande, used emergency decrees 273 times. I don’t recall anyone calling Macron or Hollande emerging “dictators.”

Since COVID-19, Italy has canceled elections. Spain is using drones to track citizens proclaiming “zero tolerance” for curfew violations. Belgium is run by a temporary caretaker government that lacks the clear democratic mandate of a parliamentary majority.

None of these countries are the object of criticism from the EU leadership, the mainstream international media, or foreign policy elites often described as “liberal internationalists” in the United States and in Europe. Why is that?

A Hungarian member of the European Parliament asks: “Why is the introduction of a state of emergency completely legal and acceptable in some Member-States, but completely illegal and unacceptable in others? On what grounds?”

To answer that question we must first answer two other questions: What forces are leading the attack on Hungary? And what do these forces have in common?

What do these individuals and institutions have in common besides hostility towards Viktor Orbán and his democratically elected conservative, sovereigntist government?

Well, they are also hostile to Poland’s elected conservative, religious, and sovereignty-oriented administration. Moreover, they would be delighted to see conservative Israeli Prime Minister Benjamin Netanyahu out of power. Further, they bitterly opposed Brexit and the British Conservative Party’s embrace of democratic sovereignty. Significantly, there is not one person, group, or organization, listed above, that favors the reelection of President Donald J. Trump. Is there a pattern here?

In op-eds and essays that are specifically focused on Hungary, these foreign policy gurus apparently can’t help themselves and feel compelled to add some remarks vilifying President Trump and his administration.

Thus, Rice, while arguing that Hungary should be expelled from the EU, managed to slander Trump maintaining that he used the term “Wuhan virus” for defamatory purposes. Rice claimed the phrase was deliberately “designed to stigmatize people of Asian descent.”

Besides snark, what the attackers of Hungary have in common is a consistent worldview: they are transnational progressives. They favor increased European integration, expanded globalization, and the transfer of authority from democratically elected governments (which they often view as retrograde and reactionary) to supranational institutions run by experts (e.g., the International Criminal Court and the European Court of Human Rights).

This worldview, in the words of French political philosopher Pierre Manent, is “post-political” and represents a dogmatic “fanaticism of the center.” “Post-political” means that decision-making is transferred from politics (i.e., the democratic process) to administrative (bureaucratic) rule. Drawing on Manent, Assumption College political science professor Daniel Mahoney explains that this narrative (which has become the transatlantic elite consensus) “erodes national identity and sovereignty” and reflects post-1968 “dogmatic” and “aggressive secularism.”

Most of the current critics of Hungary are left-liberal transnationalists, and therefore, are suspicious of democratically elected conservative governments that emphasize sovereignty and patriotism, especially if these governments are also friendly to traditional Christianity and Judaism. They portray these policy positions as backward and bigoted. Remember a recent (March 27, 2020) New York Times op-ed headline, “The Road to Coronavirus Hell was paved by Evangelicals ”?

While they loudly proclaim support for democracy worldwide, in practice they prefer the rule of judges and administrators to that of elected parliamentarians and executives.

The current critics of Hungary were silent when the unelected officials of the European Union (supported by Germany and France) forced democratically elected leaders in Italy and Greece out of office in a supranational bureaucratic coup in 2011. They have little, if any criticism, of the EU’s widely acknowledged “democracy deficit.”

Does anyone remember any complaints from the editorial boards of the New York Times or the Washington Post, or any op-eds by Susan Rice decrying what even leftist German politician Joschka Fischer worried was the EU’s nondemocratic governance structure? For the past several decades, when citizens in national referenda on European Union issues rejected the preferred EU leadership outcome, those citizens of democratic nation-states were forced to vote again and again until they made the “right” decision that was acceptable to EU elites.

The current critics of Hungary cheered as oligarchical elements of the British elite attempted for three and a half years (and they are still trying) to thwart the will of the British people for a return of democratic self-government as expressed in the Brexit referendum.

They applaud when judges in the United States, Europe, or supranational courts block democratically elected officials from exercising their primary constitutional duties by attempting to control their own borders by halting illegal immigration.

For transnational progressives the “consent” of the vast majority of citizens of Western democratic nation-states to massive illegal migration from the developing world is superfluous. What matters is not “government by the consent of the governed,” but the elite consensus developed and refined in unelected judicial-administrative bureaucracies.

There is no reason why American (or European) conservatives—or traditional liberals, for that matter—should accept this false narrative on Hungary’s emergency law fabricated by foreign policy elites who are suspicious of democratic majorities and are contemptuous of conservatism in any form, but particularly a conservatism that is respectful of sovereignty, popular self-government, nation, family, and religion.