Research Associate and Program Manager, Center for Peace and Security in the Middle East 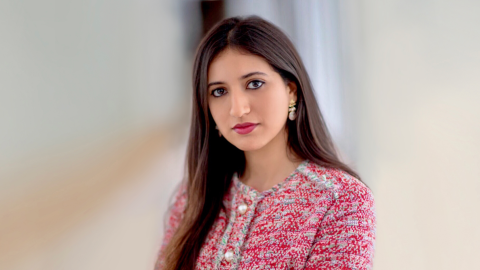 Zineb Riboua is research associate and program manager of Hudson Institute’s Center for Peace and Security in the Middle East.

Zineb Riboua is research associate and program manager of Hudson Institute’s Center for Peace and Security in the Middle East. She specializes in China’s involvement in the Middle East, North African affairs, and Israeli-Arab relations.

Prior to joining Hudson Institute, Ms. Riboua was a research assistant at the Center for Jewish Civilization of Georgetown University for Professor Jessica Roda, where she worked on Jewish identity in Morocco, Moroccan-Israeli relations, and the cultural impacts of the Abraham Accords. She has held research positions at Morocco’s Ministry of Tourism, Ministry of Economy and Finance, and Bank Al-Maghrib.

Ms. Riboua’s pieces and commentary has been published in the Washington Examiner, the American Conservative, The Hill, the Jerusalem Post, Tablet Magazine, and other outlets.

Ms. Riboua is also an associate at the Association for Global Political Thought at Harvard University.

Ms. Riboua holds a master's of public policy from the McCourt School of Public Policy at Georgetown University and a certificate in international relations and politics from Magdalene College, Cambridge University. She did her undergraduate studies in France, where she attended French preparatory classes and HEC Paris’ Grande Ecole program. Ms. Riboua is a native of Morocco, and she speaks Arabic and French. 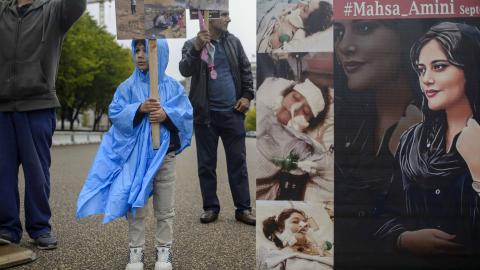 Caption
A boy looks on during a candlelight vigil to pay tribute to those who have died protesting the death of Mahsa Amini, a 22-year-old who was killed in police custody after allegedly violating the country's hijab rules, outside the White House on October 1, 2022. (Bonnie Cash via Getty Images)
Commentary
Biden Cannot Ignore Iran