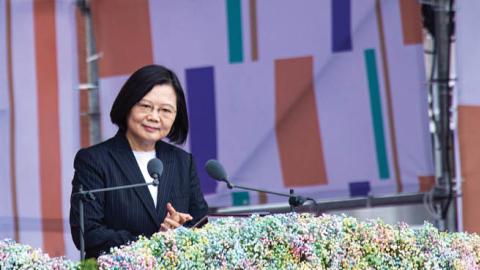 It is often the smallest of events with an unclear linkage to interstate politics that have an outsized effect upon international affairs. Slightly over a century ago, a budgetary fight over welfare expansion in the British parliament ironically accelerated the Royal Navy’s capital ship program. This acceleration helped afford the British Grand Fleet a vital margin of superiority over its German counterpart at Jutland in 1916, thereby forcing Germany to commit to unrestricted submarine warfare. Indeed, the Great War in toto can be viewed as the culmination of post 15th century dynastic consolidation – Franco-German enmity over Alsace Lorraine stemmed from the Burgundian Wars’ incomplete political settlement over four centuries earlier.

Western observers must therefore pay heed to Taiwan’s impending referenda, scheduled for December 18, 2021. Four questions are on the ballot. One is a procedural proposal on the scheduling of referenda. The other three are substantive: the first considers revising legislation protecting algae reefs, the second pork imports, and the third the reactivation of the Lungmen nuclear plant near Taipei.

It is the second question on pork imports that is of the greatest political interest to observers of international affairs.

Ractopamine is a food additive common in American – and Canadian and Mexican – hog feedlots. Scant evidence exists that its use in animal feed poses a danger to human health: pork produced from pigs with ractopamine diets is legal in the U.S., Japan, South Korea, and New Zealand, along with 23 other countries. Indeed, international arbitration has recognised ractopamine as harmless. In the 1990s, the WTO ruled in favor of American and Canadian retaliatory tariffs against EU ractopamine-related import regulations. Taiwan banned ractopamine in 2006. However, the ruling Democratic Progressive Party announced it would relax regulations in late 2020.

The question for the island-republic is not whether ractopamine is safe or harmful, despite the referendum’s phrasing. Indeed, the then-ruling KMT approved ractopamine-fed beef imports in 2012. Rather, the issue is political. The DPP hoped to ease trade talks between Taiwan and the U.S., with an eye to a broader trade agreement.

A Taiwanese-American trade agreement would solidify the increasingly public relationship between Taipei and Washington. Indeed, this understanding is far more precarious than the policy class recognises. The American public, after nearly forty years of a misguided China policy, has awakened to a new geopolitical reality: the People’s Republic of China is the U.S.’ primary strategic competitor, and poses a threat on the same scale as the Soviet Union, Nazi Germany, and Imperial Japan, if not more so. Countering this threat requires, in policy-speak, a whole-of-government approach: that is, an approach that employs economic, diplomatic, military, and other tools to compete with China, confront it, and defeat it when necessary.

Ironically, the Biden administration’s public disposition towards Taiwan has been more ambiguous than the Trump administration’s. Mr. Trump offered no public guarantees of support to Taiwan but presided over major arms transfers to the island-republic, and despite his modest domestic defense spending increases approved a more aggressive Pacific military posture. By contrast, Mr. Biden offered a defense commitment to Taiwan – a commitment made during a CNN town hall that the White House later walked back – and invited it to its “Democracy Summit,” the current administration’s most public attempt to define Sino-American antagonism as a Cold War-esque clash between liberalism and autocracy. Yet the Biden administration has not increased military expenditures, nor has it adopted a more vigorously deterrent Indo-Pacific military posture, nor linked the U.S.’ response to Taiwan to its Middle Eastern and European policies.

A “no” vote on the ractopamine referendum would pave the way for a broader Taiwanese-American trade agreement, one that would further solidify economic and diplomatic interactions between Taipei and Washington. Indeed, U.S.-Taiwan trade talks could help enable Taiwanese accession to the CPTPP, the post-TPP regional trade agreement to which China seeks accession.

Of course, China would view this as a distinct slight. Hence the Chinese Communist Party’s active informational campaign against the referendum. Major Chinese state media outlets like Xinhua, the Global Times, Taihai Net, and several Taiwan-focused CCP-controlled organisations have spread disinformation on the referendum, attempting to shape the Taiwanese media environment. Various Taiwanese outlets have picked up the CCP’s propaganda, particularly those publications most notable for their opposition to the DPP and their support for conciliation with the Mainland.

The CCP’s interest in this referendum is beyond petty politics, and in turn, transcends its general pressure campaign against Taiwan. Current Taiwanese president Tsai Ing-wen has been a dominant force in Taiwanese politics since her initial tenure as DPP leader in 2008. She is Taiwan’s second DPP president since its full transition to democracy and has fought multiple successful elections in government and in opposition. Moreover, since gaining the presidency in 2016, Tsai has courted pro-independence forces, reduced the cultural ties between China and Taiwan, and viewed askance the One China policy from which the CCP derives so great an advantage.

A loss in this referendum would undermine the DDP’s electoral position at a potential political inflection point. The DPP and its Pan-Green Coalition retains its majority in the Legislative Yuan but lost seven seats, compared to a three seat KMT pickup. Tsai is term-limited against running for president in 2024, forcing the DPP to select a new candidate. A government and party weakened by a lost referendum would be ripe for pressure, increasing the potential volatility of Taiwanese domestic politics. Additionally, a gap exists between Taiwan’s presidential inauguration, scheduled for May 20, 2024, and the U.S.’ election in November 2024 – an election that both left and right will bitterly contest, given the fallout of 2020, even if Mr. Trump does not seek the Republican nomination. By opposing the ractopamine referendum, the CCP hopes to erode its Taiwanese opponent’s political capital, thereby creating a window of vulnerability between two hard fought elections within a nine-month period.

The U.S. must respond to Taiwan’s signal. The DPP has staked its political future on the referendum. If it wins, American and Taiwanese diplomats should be tasked with generating a formal trade agreement before the 2024 elections – or ideally before the 2022 American midterms.