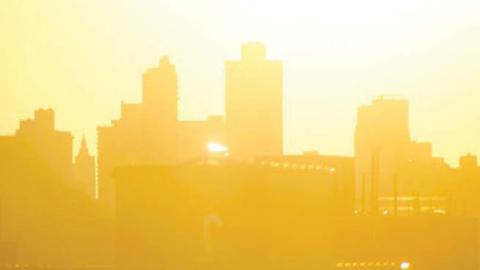 The last year has been tough for climate activists around the world. The United States withdrew from the Paris Agreement, protests by Extinction Rebellion generated publicity but not much else, and the United Nations Climate Change Conference ended in failure. This helps explain why the bombshell report by the International Energy Agency which found carbon dioxide emissions related to energy did not increase last year was a much needed morale boost for those people intent on halting global warming.

However, this is not a rallying cry for the environmentalists to redouble their efforts. A closer look at the numbers shows that the conventional approach to reducing greenhouse gas emissions, which relies on heavy regulation and government direction, is a dead end. But there is still hope. The International Energy Agency data identifies proven and successful models that any country can adopt to reduce emissions and slow global warming. They just are not in vogue right now. Globally, the amount of emissions stayed at the 2018 levels, but this was not a team effort. The European Union led the way cutting 160 million tons of carbon dioxide, then the United States at 140 million tons, and Japan at 45 million tons. That had been just enough to offset “the rest of the world” combined.

Since the European Union made the greatest cuts, it is tempting to think that other countries must adopt its regulatory heavy approach that most climate activists favor, however, this would be a mistake. Unfortunately, that model is nearing its limits, and even Europeans are starting to push back. The European Union announced with great fanfare that it planned to reach carbon neutrality by 2050, or rather, every country except Poland, which abstained from the deal. Despite this refusal, Poland is still set to receive more than a quarter of the 100 billion euro fund with which the European Union will grease the skids toward a lower emitting economy.

Although paying off uncompliant countries may work for the European Union, it simply could not work as a solution for the world. According to International Monetary Fund data, there are more than 130 countries with lower gross domestic product per capita than Poland, and among them are nine of the 10 most populous countries in the world. If Poland needs help to buy expensive and unreliable renewable energy, then those other countries will too. Does anyone really think that the United States and the European Union could subsidize all of them into true carbon neutrality?

By striking contrast, Japan cut 4 percent of its greenhouse gasses largely after it started back into operation its nuclear energy industry, which had been severely curtailed after the Fukushima disaster in 2011. This is good for Japan as well as for the environment, as overreactions to the reactor accident, such as unnecessary evacuations and policies that drove up the cost of energy, almost certainly killed more people than the radiation did.

Countries such as Germany that followed Japan in shuttering their nuclear industries had to switch back to coal to maintain the reliable power grids. Even now, the European Union climate fund will not pay for nuclear power despite its safe use across France. Despite its earlier mistakes, Japan has bowed to the basic reality that any realistic carbon neutral society needs lots of reliable energy, which only nuclear fission can supply enough of.

Despite ambivalence on nuclear power and an uncoordinated approach to reducing emissions, the United States capped off an extraordinary stretch of two decades in which it reduced emissions by almost one billion tons, more than any other country. Last year, the United States nearly matched the European Union emissions reductions without an overarching strategy for greenhouse gasses, while still growing its economy at nearly double the rate of the eurozone. This is largely due to private sector success like natural gas getting cheap enough and widely available to supplant coal.

Developing countries can learn from American and Japanese success to grow their economies with environmentally friendly methods. The climate change movement has no hope of succeeding without finding a way to make this happen moving forward. There are more than six billion people in countries that the International Monetary Fund classifies as “emerging market and developing economies.” These people want and need access to safe reliable food, water, clothing, housing, medicine, and sanitation that development brings, not to mention other advances that a modern society offers. While the approach of the European Union might work for it, developing countries that need to dramatically raise their standards of living would be better off studying how the United States cuts emissions without sacrificing growth and how pragmatism in Japan works as well.

Next time Greta Thunberg criticizes the United States, American officials should not respond defensively as they have before. Instead, they should invite her over to show her how the United States is getting her what she wants. Just be sure to send her along something to read on the boat ride.