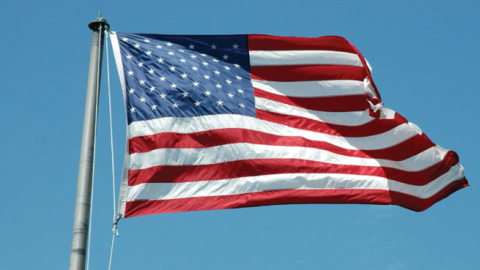 Russia’s unprovoked invasion of Ukraine has sparked an enormous crisis across Europe. A new war on its borders would be challenging enough on its own, but the unwise decisions by member states to neglect their militaries and depend on Russia for energy has placed the European Union in a precarious position. As they absorb the millions of Ukrainians fleeing the Russian onslaught, Europeans are desperately trying to secure enough fuel for the winter amid Russian gas cuts while dealing with rampant inflation and other political and economic challenges. France is even worse off than its neighbors in some respects: This summer, reactionary firebrand Marine Le Pen placed second in the presidential election, and in the ensuing parliamentary elections, her party and a far-left alliance picked up enough seats to deny the ruling Ensemble party a majority.

There are several proximate causes for this year’s dreadful events, but the present situation is part of a longer trend of gradual European decline. The countries that now form the European Union accounted for over a quarter of the world’s GDP in 1990; by 2021, that figure had fallen to barely more than a sixth. Europe still boasts a rich cultural heritage and dominates some important sectors in the global economy, but it is neither powerful enough nor unified enough to play the role in global politics it did only a short while ago.

Jean Francois Revel’s Anti-Americanism, originally published in France under a title translating to “The Anti-American Obsession” 20 years ago, reveals some of the long-term causes of this decline. In some ways, Anti-Americanism is the sequel to Revel’s earlier book about the United States and European anti-Americanism, Without Marx or Jesus. Revel recalls in the introduction that “the central thesis” of the earlier book was that “the great revolution of the twentieth century will turn out to be the liberal revolution — by 1970 it was already patently obvious that the socialist revolution had failed everywhere.” Both he and the European Left saw America as the testing ground of his thesis. For the Left, which prefers a political system organized around equality rather than liberty, “the principal function of anti-Americanism has always been, and still is, to discredit liberalism by discrediting its supreme incarnation,” the US.

Revel’s goal in Anti-Americanism is to “extend that list” of “examples of the intrinsically contradictory character of passionate anti-Americanism.” As he notes, at its core, anti-Americanism “consists in reproaching the United States for some shortcoming, and then for its opposite,” a pattern that reveals “obsession” rather than “rational analysis.” Much of the book is devoted to describing and rebutting various fashionable indictments of America.

American culture is a common target of the intellectual class, but Revel defends it with gusto. At the time of his writing, Americans were criticized for being too materialistic yet too religious, for not caring enough about intellectual pursuits but also selfishly dominating research and technology. These are old complaints: Before Charles Baudelaire translated Edgar Allan Poe’s writing in 1856, French intellectuals frequently criticized America for its lack of culture. Soon thereafter, “the cultural vacuity of America was transformed overnight into ‘cultural imperialism.’ The empty cup was found to be flooding over.” This alleged “cultural imperialism” came not only through McDonald's and the Big Mac, but also in more insidious forms such as The Phantom of the Opera, a Broadway hit that is a British musical adaptation of a French novel.

As he sees it, many of the people complaining about America’s “cultural imperialism” do not understand what culture is or how it is transmitted. To Revel, “the idea that a culture can preserve its originality by barricading itself against foreign influences is an old illusion that has always produced the opposite of its desired effect.” Historically, “cross-fertilization” has produced new and diverse forms of art and literature that enrich the societies that participate: Italian painters came to France during the Renaissance, German and French intellectuals built off each other’s work during the 1800s, and American novelists had their greatest global impact when Great Britain was still the preeminent global power. America’s cultural “global homogenization” is most pronounced in popular culture, but “to identify the whole of cultural life with entertainment is a travesty.”

In the strange world of anti-Americanism, US imperialism comes through economics too. Before they had fully discovered the utility of marketing their economic platform as a way to fight climate change, socialists denounced “globalization” as a cruel American plot to make the rich richer and the poor poorer. To Revel, this is utter nonsense, since freer and more integrated markets have greatly improved the lives of ordinary people across much of the developing world. The leftist critics of globalization “are indifferent to the fate of the underdeveloped countries; what they really want is to destroy the economies of the developed countries, inasmuch as development and capitalism are … one in the same.” This is because they inherited “a simplistic Marxist article of faith: absolute evil is capitalism, incarnated in and directed by the United States.”

Both the European Right and Left alternate between denouncing US foreign policy for being too timid and too bellicose, too isolationist and too interventionist. Twenty years ago, the threat of radical Islamist terror was the major problem facing the world, and Revel argues that the US had few choices other than to address it without Europe’s help or advice. To work collaboratively, Americans needed “another side that did more than mutter reproachful litanies, but proposed and implemented concrete strategic policies,” and he argues that American partners and allies failed to do this.

Anti-Americanism diagnoses the intellectual failures of parts of the global elite and warns about the consequences of these failures. As he points out, “the mystery of anti-Americanism is not the disinformation … but people’s willingness to be disinformed.” It hurts their own countries, as “the tendentious blindness and systematic hostility of most of the governments that deal with America can only lead to their own weakening, a progressive distancing from reality.” Indeed, he attributes America’s global preeminence to “the weakness of other powers, a weakness more intellectual than material; that is, it stems from faulty analysis rather than inadequate economic, political and strategic resources.”

Revel’s confidence in and admiration for America are refreshing, but decisions made in Washington since the release of his book have shown that he pressed his case too far. His relentless skewering of various anti-American idees fixes is in equal measure insightful and entertaining, but some of his claims seem hubristic in retrospect. For example, the globalization of capitalism has been extraordinarily beneficial for the developing world, but American elites failed to mitigate the “China shock” that accelerated both the loss of American manufacturing jobs and the rise of a hostile communist great power. He rightly notes that the European capitals had no realistic solutions for the problems posed by Saddam Hussein, but shortly after the book’s publication, Washington’s own solution proved to be lacking. Faulty analysis has abounded on both sides of the Atlantic.

More ominous still is the warm reception in the US for some of these anti-American fallacies. The socialist Left’s dislike of America’s religiosity, capitalism, and libertarian impulses is old hat, but the Left’s numbers and stridency have grown significantly in the past two decades. More unusually, increasingly large segments of the American Right are mimicking reactionary Europeans instead of traditional Anglo-American conservatism. Right-wing parties in Europe tend to loathe America: Various American right-of-center intellectuals and writers championed Le Pen and her party during the recent elections, but Revel reminds us that staffers in the National Front’s headquarters celebrated the Sept. 11 attacks with champagne.

Perhaps because they are warmed-over variants of earlier failures, neither extreme element produces much cultural value. The American Left’s passion for defacing and removing monuments is similar to the European Left’s destruction of Europe’s cultural heritage, which Revel passionately denounces, while the reactionary Right produces little more than internet kitsch. Earlier rounds of reactionaries, such as the Oxford movement in Britain, at least managed to create an aesthetic that illustrated the past that they wished to recover.

Decision-makers in the Acela corridor have not covered themselves in glory over the past two decades, and there are many reasonable grounds for complaint and correction. But Anti-Americanism, and Europe’s current predicament, warn against issuing too broad an indictment of the American system: Sometimes, the opposite of folly is not wisdom, but another, graver error.