Davidson & Gedmin on the PRC's cancerous system of kleptocracy 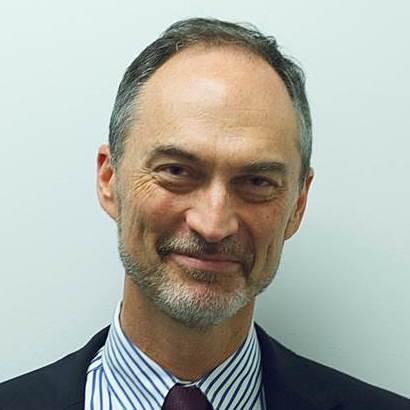 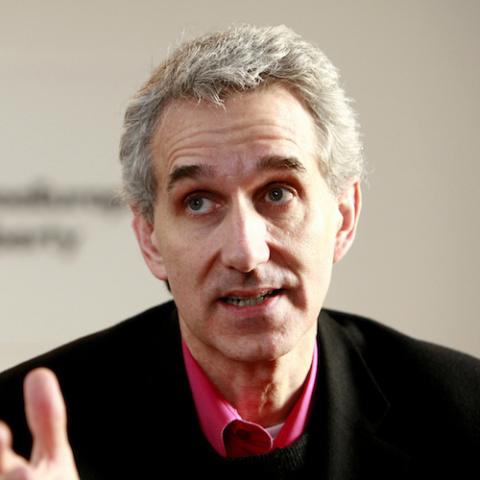 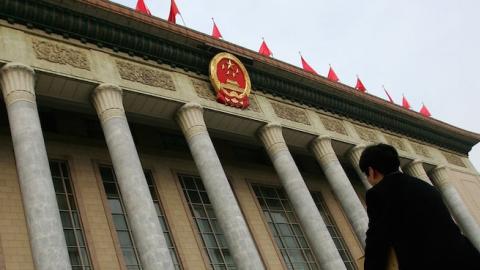 Caption
The Great Hall of the People during the second plenary session of the National People's Congress (NPC), China's parliament, on March 9, 2006 in Beijing, China. (Guang Niu/Getty Images)

China is ruled by thieves. Its cancerous system of kleptocracy must be confronted when Xi Jinping makes his first state visit to the United States this week. Kleptocracies — authoritarian systems designed to defend and extend the wealth and power of a ruling class — now plague the planet. America needs to recognize the threat to global world order and get serious about a response.

According to Freedom House, after a three-decade increase in the number of “free” countries, over the past 15 years authoritarians have mounted a comeback. Most of these new regimes are kleptocracies. They’re oil-rich states like Azerbaijan and Kazakhstan. They’re adversarial regimes like today’s Russia and Iran. They’re partially free countries like Ukraine and Georgia. Because of China’s size and ability to project power, however, it stands out as a particularly alarming case. Senior Chinese communist officials are by now infamous for self-dealing, helping themselves and their relatives to exceptional levels of enrichment.

By the time he left office in March 2013, Chinese Premier Wen Jiabao and his family — through extensive use of front companies, offshore accounts and myriad other opaque financial holdings — were thought to be worth nearly $3 billion. A New York Times investigation published in October 2012 found that in many cases ownership stakes of the Chinese leader’s family members were disguised “by an intricate web of holdings as many as five steps removed from the operating companies.” According to records obtained by the Times, Wen’s 90-year-old mother held one investment worth $120 million. Holdings of family members included at the time — shares in banks, buildings, resorts, and television and telecommunications companies. All in all, not a bad take, the Times observed, considering Wen’s reputation for simple ways and the common touch.

China’s kleptocrats are often assisted by offshore havens known for their secrecy. In 2014, the International Consortium of Investigative Journalists published a report based on leaked documents — a cache of 2.5 million files — from two offshore firms. The documents contained some 22,000 clients with offshore accounts and addresses in Hong Kong or the People’s Republic of China. Those clients included family members of several current and former members of China’s Politburo Standing Committee, the Communist Party’s most senior leadership. One British Virgin Islands company, for example, is owned by President Xi’s brother-in-law Deng Jiagui, a wealthy real estate developer and investor in rare-earth metals.

In China, “princelings” is the term popularly used to describe the relatives of top party officials who enrich themselves by using their political connections and then hide their ill-gotten gains from public scrutiny. They’re reviled by ordinary Chinese, who are always on the hunt for signs of corruption. It was Chinese Web users who discovered the lavish lifestyle of a 56-year-old political commissar from the southern province of Guangdong, who managed to acquire 22 homes worth millions while earning less than $20,000 a year. Authorities felt compelled to act.

This should concern America because kleptocratic systems preclude the development of democracy. They distort the economy and, for tens of millions of ordinary people, cause untold social and environmental damage (last spring China’s authorities censured for graft and malpractice 63 agencies that carry out environmental risk assessments). Kleptocratic systems empower and protect dictators hostile to American interests and values. They also make for failed states. In his book “Double Paradox: Rapid Growth and Rising Corruption in China” expert Andrew Wedeman contends that corruption in the current Chinese system exceeds “normal” development corruption and may ultimately lead to catastrophic, destabilizing effects.

What should we do to combat the kleptocracies that make the world a less stable, more dangerous place? It’s a steep hill, but here are three concrete steps to point us in the right direction.

First, we need far more robust efforts aimed at the assets of kleptocrats. To this end, the U.S. Senate should approve the Global Magnitsky Human Rights Accountability Act. The act will authorize the president to sanction individuals involved in corruption and human rights abuses. Individuals placed on a sanctions list will be prohibited from obtaining U.S. visas and subject to a freeze on their U.S. assets and bank accounts. Once Global Magnitsky is approved in the United States, we must press for the adoption of similar legislation by key democratic allies. British banks and London real estate cry out for scrutiny. Former Daily Telegraph Editor Charles Moore calls London’s vast property market nothing more than ”a form of legalized international money laundering.” Investigators believe that vast sums of illicit Chinese money — by some estimates more than $1 trillion dollars — are hiding in real estate in the United States, Canada and Europe.

Second, let’s do away with shell corporations. These dummy companies are crucial enablers of international fraud and embezzlement, “getaway cars for global financial crime and corruption,” as one observer puts it. The state of Delaware is a serious part of the problem. It remains one of the friendliest places on earth if you want to establish an untraceable shell company. In 2011, the most recent time U.S. investors lost large sums due to a series of collapses of Chinese stocks, more than 400 Chinese companies, many with government ties, had been using shell companies to gain easy entry into American capital markets. There’s an urgent need for greater transparency — and debate of our own role in aiding and abetting kleptocrats. According to documents studied in last year’s ICIJ report, PricewaterhouseCoopers, UBS and numerous other firms serve as middlemen for Chinese clients establishing trusts, companies and bank accounts in offshore centers. Credit Suisse, for example, helped Wen Jiabao’s son create his British Virgin Islands company while his father was prime minister.

Third, the FBI and the Justice Department have their roles to play. Last year, DOJ’s Kleptocracy Asset Recovery Initiative froze the family assets of the late Nigerian dictator Sani Abacha — a sum totaling nearly a half-billion dollars. The FBI announced earlier this year the establishment of a kleptocracy squad set up to investigate corrupt government practices around the world. Such government efforts are not nearly sufficient, though, and will at times be constrained by political expediency. That’s why the human rights and democracy promotion community needs to allocate far greater resources to support investigative journalism. It’s why U.S.-funded Radio Free Europe/Radio Liberty and Radio Free Asia must be given the requisite support for recruitment, training and supervision to ramp up their efforts in investigative journalism. As a former CEO of RFE/RL, one of us was able to witness firsthand how deep and diligent reporting touches the Achilles’ heel of kleptocratic systems. RFE/RL reporter Khadija Ismayilova sits today in a Baku jail because her investigative work had begun to uncover riveting details of how the systematic thievery of Azerbaijan’s ruling clan works.

This kind of government-financed and philanthropy-supported reporting is critical because of China’s aggression toward commercial media. To take just one prominent example, following a June 2012 story on the familial wealth of then-incoming communist party boss Xi Jinping, sales of Bloomberg terminals in China ground to a near halt after pressure from party officials. Bloomberg’s website was blocked on Chinese servers. Bloomberg found it suddenly difficult to obtain visas for its journalists. The reporter on the story, Michael Forsythe, left Bloomberg under a cloud of controversy. According to at least four Bloomberg sources, Forsythe’s editor blocked the story for fear that China would eventually throw Bloomberg out of the country, an assertion Bloomberg has denied. Bloomberg has dodged questions about self-censorship, suggesting instead it may have been merely guilty of straying from its core mission of reporting financial news. Due to confidentiality agreements, there’s much we don’t know about the particulars of the case, including about the details of Forsythe’s and another colleague’s subsequent departure. We do know, however, that China has a kleptocracy problem and it doesn’t cotton to outsiders looking into to it. For those who dare poke around, there’s a price to pay.

Today, convictions for graft in China are up. “Rein in your spouses, children, relatives, friends and staff,” Xi Jinping told party officials before becoming president. Who knows, perhaps the Chinese leader is sincere. A 2009 cable from the U.S. Embassy in Beijing disclosed by WikiLeaks asserted — relying on an account by a close Xi associate — that the top man himself is no kleptocrat, but rather a patriot “repulsed” by official corruption. But Xi can implore, cajole and crack down on individual cases all he wants and have little effect. It’s the Chinese system and culture of kleptocracy — an elaborate labyrinth of communist controls and familial and crony capitalist relationships — that lies at the heart of the problem.

Swept up two years ago in President Xi’s anti-corruption campaign, China’s ex-security chief Zhou Yongkang was sentenced this summer to life in prison for bribery and abuse of power. Yet Zhou had created his expansive network by working the system and its hierarchy. It was by virtue of his position in the party that he was able to develop so many levers of control and recruit so many allies and subordinates ready to engage in corruption in order to enrich themselves and their powerful patron.

No wonder ordinary Chinese are cynical, feeling increasingly disenfranchised. Repressive and inefficient Communism has morphed into crony capitalism of the most hideous sort. “The Party is running out of time not because corruption is a drag on the economy — it can outrun that effect — but because the public is losing confidence,” wrote Evan Osnos in The New Yorker three years ago.

Indeed, Chinese kleptocracy is fast becoming a threat to the country’s stability. It’s in the interest of Beijing’s leadership to embrace the only things that will bring this increasingly unwieldy, potentially fatal problem to heel. This includes developing reliably independent courts and allowing a truly free, competitive press.

We cannot keep waiting, though, for the wisdom and the amity of autocrats. Only a serious, comprehensive, well-coordinated assault led by the United States and other rule-of-law states will allow us to conquer the scourge of kleptocracy.