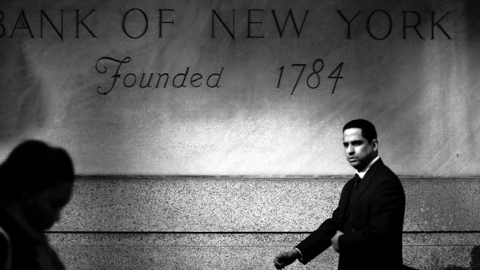 The State Department’s International Narcotics Control Strategy Report (INCSR) is an annual publication that, among other things, collates a wealth of useful information about anti-money laundering (AML) capabilities and vulnerabilities in other countries. One of the prevailing themes this year is the importance of collecting information about the beneficial ownership of companies, which can otherwise be owned and controlled anonymously — making them ideal vehicles for laundering the proceeds of crime and corruption.

The prominence accorded to beneficial ownership information in this year’s INCSR highlights a damaging contradiction in America’s leadership of the global fight against dirty money: It still has no system in place to collect such data itself.

As Volume II of the report indicates: “The transparency of beneficial ownership remains a central focus for AML, arising in the discussions of multilateral fora such as [the Financial Action Task Force] as well as in coverage of some recent high-level corruption allegations. Shell companies are used by drug traffickers, organized criminal organizations, corrupt officials, and some regimes to launder money and evade sanctions.”

The INCSR goes on to flag AML deficiencies relating to beneficial ownership in the Bahamas, Honduras, Nigeria, Serbia, and Trinidad and Tobago — perhaps somewhat hypocritically in the circumstances, though it also lists the United States as one of 82 “major money laundering jurisdiction[s] in 2018.”

Besides noting the introduction of the 2018 Customer Due Diligence rule, the INCSR does not address the collection of beneficial ownership data in the United States — and there is no reason it should, given its terms of reference. But one can only imagine the awkward conversations between State Department officials and their foreign counterparts in recent months, as the European Union and other democratic allies act decisively to try and close this dangerous money laundering loophole within their own jurisdictions. Meanwhile, failure to collect beneficial ownership information continues to undermine U.S. law enforcement’s increasingly aggressive pursuit of foreign crime and corruption, and is one reason why some experts now rank the United States alongside the likes of Switzerland and the Cayman Islands as the world’s biggest financial secrecy haven.

The sheer range of illicit activity fueled by anonymous ownership of companies is reflected in the breadth of domestic U.S. support for the collection of beneficial ownership data. It includes law enforcement and national security experts, financial institutions and big business, anti-drugs and human trafficking groups, and even faith organizations. As the fight to end corporate anonymity has dragged out over the past decade, it has evolved from a primarily tax and social justice issue to a bipartisan concern focused on law and order and national security. As General David Petraeus and Senator Sheldon Whitehouse put it recently, “the fight against corruption is more than a legal and moral issue; it has become a strategic one — and a battleground in a great power competition.”

As Congress again considers bipartisan legislation to mandate the creation of a corporate beneficial ownership register (having failed to move it last year), lawmakers should approach the task as one of transforming a dangerous vulnerability into a strategic advantage. Just as rogue regimes and transnational criminal organizations currently exploit financial secrecy to undermine U.S. security, they also rely on illicit financial networks for their own survival. Collecting beneficial ownership data is neither an obvious nor a glamorous tool of U.S. foreign policy, but ending anonymity in the financial system and encouraging other countries to do the same is the first step towards defunding America’s adversaries. And as bad actors turn to increasingly innovative methods of illicit finance, the clock is ticking for the United States to upgrade its outdated AML system. As Secretary Mnuchin told House and Senate committees in July 2018 and again in March 2019 "I hope I'm not back here next time without this solved."