With this report, our lens switches from foreign to domestic policy 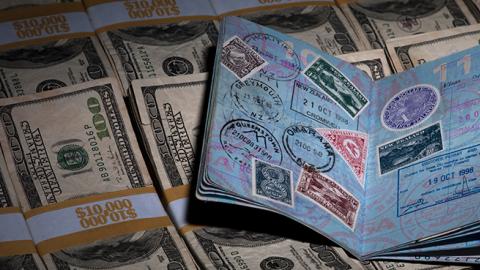 p(firstLetter). When the Kleptocracy Initiative was founded in January 2014, shortly before the Russian invasion of Crimea, our project’s original ambition was to expose how much leverage the United States and the European Union had over hostile kleptocracies like Russia and China, hidden in the murky world of offshore finance within Western jurisdictions.

Since then, banking sanctions and asset freezes targeting the elites of Russia, Syria, Iran, Venezuela, and North Korea have been adopted to further American foreign policy goals, playing a significant role in warding off further Russian action in Ukraine and securing nuclear concessions from Iran.

The research of the Kleptocracy Initiative then expanded to illustrate why the Western financial system has made contemporary globalization a friendly environment for kleptocrats like Russian President Vladimir Putin. Our October 2016 report, The Kleptocracy Curse, showed how the West provided safe spaces for corrupt elites to drain illicit wealth from their nations on a gigantic scale. Enabling kleptocracy, the report argued, has cursed U.S. foreign policy with strengthened authoritarianism, state failure, civil unrest and social degradation across the world.

We subsequently published two reports, Weaponizing Kleptocracy: Putin’s Hybrid Warfare, and How Non-State Actors Export Kleptocratic Norms to the West, that highlight the different ways kleptocracies can infiltrate Western institutions and undermine U.S. national security. These works, in conjunction with our previous publications, Stage Hands: How Western Enablers Facilitate Kleptocracy, and Cleaning Up Atlantis: How to Put a Kleptocracy on the Road to Transparency, paint an alarming picture of Western financial entanglement with authoritarian states and build a framework for combatting kleptocracy and safeguarding Western democracies.

What was once a radical linkage between Western enablement and kleptocracy is now an emerging consensus. The new session of Congress starting in January 2017 has seen strengthening bipartisan support for making the Western financial system less friendly to kleptocrats. At least four bills have now been introduced to this effect - with their targets either Russian corruption or ending the formation of anonymous companies in the United States.

With this report, our lens switches from foreign to domestic policy. This report argues that the U.S. anti-money laundering (AML) system is inadequate to its purpose: first, because the existing system does not apply to key gatekeeper professions such as law, company incorporation, and real estate; and second, because its narrow application to the banking sector is outdated in an era of globalized financial services.

The failure to build an effective twenty-first century anti-money laundering system has led to systemic collusion with kleptocrats. Drawing on six months of research, over one hundred interviews and extensive discussions with U.S. law enforcement, this report highlights the limits of “self-regulation” and the need for policymakers to end the enabling of kleptocrats.

This report is not only an investigation into the workings of a shadowy financial system that is outstripping U.S. law enforcement, but also a call to action. Existing legislation must be expanded so that the legal, incorporation, and real estate sectors are clearly understood to be key AML responsibilities. Loopholes embedded in the existing system must be closed. And the existing AML structure must be both strengthened and updated to safeguard the Western financial system from 21st century kleptocrats.