Putting Kleptocracy in the Crosshairs 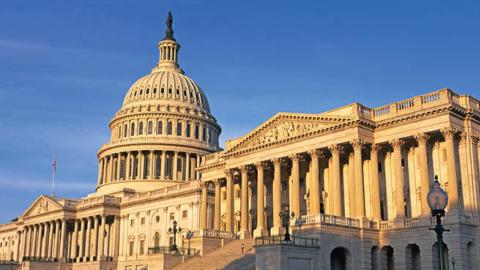 __Remarks by Hudson Research Fellow Nate Sibley at the launch of the bipartisan Caucus against Foreign Corruption and Kleptocracy on June 11, 2021.__

Thank you. I’m profoundly honored and excited to be invited to speak here at the launch of the bipartisan Caucus against Foreign Corruption and Kleptocracy.

I want to begin by thanking the four co-chairs and 13 other members of the Caucus for their commitment and leadership at a critical time. I’m also grateful for the diligent efforts of their staffers and particularly the vision of the Helsinki Commission in pulling this together.

Today I’m going to highlight the history of American--and particularly congressional--anti-corruption leadership, and explain why this is needed now more than ever as we learn more about the pervasive threat posed by global kleptocracy.

Taking a step back from recent news cycles and our current push for reforms, I think America can and should be proud of its long tradition of confronting corrupt practices both at home and around the world. Our Founding Fathers’ speeches and writings are littered with references to bribery and corruption, concerns which manifested themselves in the unprecedented safeguards against abuse that were included in our Constitution. And during the Gilded Age, America arguably prevented its own slide into oligarchy by acting to restrain the power and wealth of Robber Baron industrialists.

In the 20th and 21st centuries, as America became the global superpower and the dollar became the global currency, successive US administrations have led the rest of the world in defending and promoting rule of law through diplomacy, economic statecraft and law enforcement. We see this most recently in successful efforts to confiscate and (where possible) return literally billions of dollars stolen from countries as diverse as Equatorial Guinea, Malaysia, and Venezuela. And of course, it was just last week that President Biden ordered an unprecedented acceleration of these efforts by identifying fighting corruption as a core US national security interest.

But it is the US Congress that has pioneered and empowered America’s fight against corruption, as well as resolutely calling out authoritarian abuses when US administrations have, for whatever reason, failed to fully uphold our values.

In 1970, the Bank Secrecy Act laid down the framework for an anti-money laundering system that has been adopted as the standard model worldwide. In 1977, America made its great promise never to export corruption by introducing the Foreign Corrupt Practices Act. In 1986, the US became the first country to make money laundering itself a federal crime. And in 2001, the PATRIOT Act massively enhanced our ability and that of our allies to attack not only terrorist financing but corruption and other forms of malign financial activity too.

Fast forward to 2016 and the Global Magnitsky Act, which made it possible to target human rights abusers and corrupt officials through sanctions. Again, an innovation and call to action that is now being taken up by our allies worldwide. Finally, on January 1st of this year, Congress enacted the most significant upgrade to our financial defenses for two decades by banning anonymous shell companies that are so often used as vehicles for money laundering.

I recount these achievements not to give the impression that our work is done. Quite the opposite, to remind us what is possible when Congress pulls together with the energy that you are now channeling through this Caucus. Because we now face an era in which that spirit of bipartisan innovation will be needed more ever.

Nor do I wish to gloss over America’s shortcomings. During decolonization and in the aftermath of the Cold War, we assumed that democratic transitions would naturally flow from economic liberalization. In most cases, we were wrong. Instead, authoritarian rulers began abusing their access to the global financial system to steal billions--and soon trillions--of dollars each year from their own people.

Never before in human history had it been possible to transfer wealth across borders, anonymously, at the click of a button. That, above all else, is why kleptocracy has exploded in recent decades. But they could not do that alone. It is a stain on our national honor that by servicing kleptocratic regimes, an unscrupulous minority of American lawyers, bankers, real estate agents, public relations experts and other professionals have not only facilitated but incentivized the pillaging of the poorest and most vulnerable countries on Earth.

Kleptocracy has grown beyond straightforward acquisitive crime to become a system of governance that is symbiotically linked with authoritarian rule. China, Iran, Russia and Venezuela have learned to exploit vulnerabilities in the US and global economy not just for their own illicit self-enrichment, but to advance malign political objectives. Meanwhile, the exported by-product of their domestic corruption is poisoning the global economy and having a corrosive effect on rule of law worldwide.

We are never going to eradicate corruption, which is as old as human society itself; but we can and must put an end to global kleptocracy. But how to approach such a sprawling problem? Unlike some other nebulous authoritarian tactics such as disinformation, there are concrete legislative steps that this Caucus is taking right now to defend our financial system, target corruption overseas, and unite democratic allies in doing the same. Indeed, I hope that parliamentarians in other democracies will once again follow the US Congress’s example and form similar groupings with whom you can cooperate to align laws and policies.

But make no mistake: there is only one country that can lead the fight against rising authoritarian kleptocracy, and that is the United States of America. By doing so, you will transform dangerous vulnerabilities into powerful leverage over our authoritarian adversaries. You’ll create a more level playing field for American businesses operating overseas. And you’ll re-engage populations worldwide whose impoverishment at the hands of kleptocrats has made them disillusioned with America’s promise of democracy and capitalist prosperity.

I want to leave you with the thoughts of my favorite President Theodore Roosevelt, who reminded Congress in 1903 that:

“The givers and takers of bribes stand on an evil pre-eminence of infamy. The exposure and punishment of public corruption is an honor to a nation, not a disgrace. The shame lies in toleration, not in correction…. If we fail to do all that in us lies to stamp out corruption we can not escape our share of responsibility for the guilt. The first requisite of successful self-government is unflinching enforcement of the law and the cutting out of corruption.”