The Suga-Biden Summit and Future Challenges: An Alliance at the Starting Line of Strategic Competition 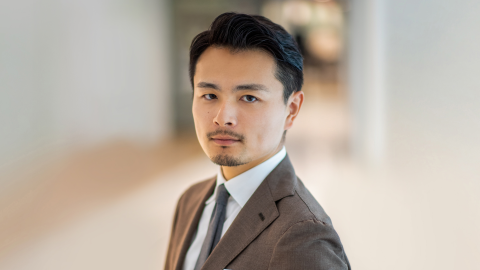 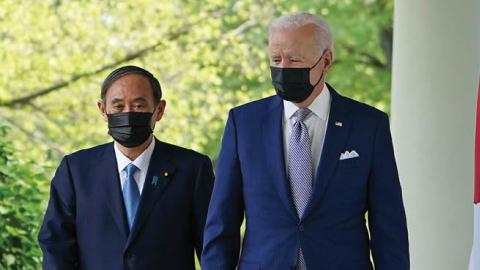 Caption
US President Joe Biden and Japan's Prime Minister Yoshihide Suga walk through the Colonnade to take part in a joint press conference in the Rose Garden of the White House in Washington, DC on April 16, 2021 (Photo by MANDEL NGAN/AFP via Getty Images)

Hudson Institute will host a public event with panelists including distinguished policy experts from Japan and the United States to discuss how the national security and defense strategies of the two countries can be integrated. RSVP here.

The COVID-19 pandemic has stalled much face-to-face diplomacy, but last week Japanese Prime Minister Suga was the first foreign leader to visit Washington, DC, to meet with President Biden and others in his new administration.

What should we make of this summit meeting? At first glance, the summit seemed to have been conducted in a very hurried manner. As is universally recognized, both countries’ security environments have become increasingly challenging as of late, with China's aggressive behavior and North Korea's continued development of nuclear and various other missile capabilities acting to change the status quo. However, since the inceptions of both, the two administrations have dealt primarily with domestic issues—preventing the spread of COVID-19, procuring and distributing vaccines, and mobilizing fiscal resources to support the domestic economy—and had seemed unable to also focus to any great extent on diplomatic and national security issues.

For the two administrations, plans to hold both the Quad with Australia and India and the Security Consultative Committee meeting (a high-level meeting of both countries’ secretaries of state and defense also known as the “2+2”) in March and the summit in April were viewed by some as too ambitious in terms of scheduling and, even if held, would therefore be so lacking in content as to produce no concrete outcomes.

Indeed, recalling the diplomatic styles of the two leaders’ predecessors makes such views unsurprising. Former Prime Minister Abe was the first foreign heads of state to visit Trump Tower immediately after former President Trump's election, and the two leaders subsequently developed a good relationship. However, the four-year overemphasis on summit diplomacy during the Trump administration has ended with the Biden administration’s reinstatement of the historically more typical policy-consultation process carried out by diplomats.

Notwithstanding initial impressions, the recent U.S-Japan 2+2 and summit meetings have turned out to be the right things to have done. Paradoxically, even as both administrations tend to focus primarily on domestic issues, scheduling of these high-level meetings necessitated preparation by policymakers from both countries. As a consequence, Prime Minister Suga’s and President Biden’s joint statement included concrete outcomes that have, in turn, boosted debate and bilateral talks on foreign and security policy. This joint statement can now also serve as a benchmark with which the Biden and Suga administrations, their policymakers, and experts in the relevant communities can assess progress on policy objectives. Also worth noting are the tough tone taken by the joint statement on China and the statement’s mention of Taiwan—which not only signal the common resolve of the U.S. and Japan, as an alliance, to meet the challenge represented by China and which also constitute a benchmark for development and implementation of specific policies regarding China by the two countries.

Moreover, the Biden administration released the “Interim National Security Strategic Guidance” at a very early stage in the administration, i.e., less than two months following the inauguration. Based on the “Guidance,” the Biden administration is expected, by the end of 2021, to have developed definitive national security and national defense strategies for 2022 by comprehensively considering the results of various strategic and regional policy reviews, such as the global posture review and that of the China Task Force. In this context, Prime Minister Suga’s being the first foreign leader to visit the White House to convey and share his nation’s perspective was extremely important. The former Abe administration originally conceived of the "Free and Open Indo-Pacific" concept, and no other ally in the world is as firmly synchronized with U.S. Indo-Pacific strategy as is Japan. The Biden administration, which attaches great importance to consultations with allies and partners, is likely to hold future policy discussions with other countries, but the ability to use the content and discussions shared during the Japan-U.S. summit as a baseline for future Biden administration foreign policy initiatives will be advantageous.

In that sense, the joint statement issued by the two leaders was extremely comprehensive, despite given the short period of time spent in preparation for the summit. However, the contents of the summit’s joint statement relating to traditional security were, for the most part, aligned with that given in the “Joint Statement of the U.S.-Japan Security Consultative Committee (2+2).” In short, while no new additions were made at the summit, policy objectives established by the 2+2 meeting and meant to serve as a baseline were affirmed and shared by the U.S. and Japanese governments.

Among these policy objectives were the following:
* Bolstering Japan's national defense capabilities to further strengthen the U.S.-Japan alliance and regional security;
* Unwavering U.S. support for Japan’s defense under the U.S.-Japan Security Treaty, including use of its full range of capabilities, including nuclear ones;
* Application of Article V of the Security Treaty to the Senkaku Islands; and
* Opposition to any unilateral action seeking to undermine Japan’s administration of the Senkaku Islands.

That Taiwan was mentioned in the 2+2 joint statement beforehand also prevented the U.S. and Japan from backtracking on their policy views towards Taiwan and China.

Note, however, that these statements referenced only broad objectives and thus contrasted with those concerning areas of nontraditional security, for which concrete goals for policy implementation had been established and formal documents, such as “U.S.-Japan Competitiveness and Resilience (CoRe) Partnership” and “Japan-U.S. Climate Partnership on Ambition, Decarbonization, and Clean Energy,” formulated previously. In the area of traditional security, many difficult issues are still to be addressed and cannot be concluded in just two months. In this regard, the fact that the 2+2 joint statement says that another 2+2 meeting will be held within this year is very important.

With the 2+2 and the summit, the U.S.-Japan alliance has not yet reached the finish line an strategic competition—but, rather, has only arrived at the starting line toward it, meaning that these strategy forming processes will not be settled in a single high-level meeting but will instead require a multi-step approach to do so. Japanese-U.S. relations have undergone a similar process in the past: From 2005 to 2006, while the U.S. was rapidly shifting its security strategy toward the global war on terrorism in the wake of the 9/11 attacks, the Japanese and U.S. governments implemented three rounds of 2+2 in a short period of time—the first yielding the formulation of common strategic objectives; the second, definition of the roles, missions, and capabilities (RMC) of U.S. forces and Japan Self-Defense Forces (SDF); and the third, formulation of a roadmap for realignment of U.S. forces in Japan as part of the Global Posture Review and Transformation. A similar, multi-step approach to prepare the U.S. and Japan to meet the challenges and opportunities of the era of strategic competition will also be needed.

A number of specific issues remain to be addressed in the area of traditional security: the impact of the global posture review on the Indo-Pacific region, including Japan; basing options for conventional ground-based, long-range fires (post-INF strike systems); an effective integrated air-and-missile defense operational posture; modality of Japan’s own strike capabilities; a coherent counter-escalation strategy/Joint Warfighting Concept from the gray zone to the nuclear level; redesign of the operational planning process in peacetime and command-and-control structure in a contingency; and the conclusion of host-nation support negotiations as both countries face defense-budget constraints.

The joint statement of the Japanese and U.S. leaders has provided the foundation for a new common strategic objective of the U.S.-Japan alliance. On that basis, rather than discussing this as separate issues and in view of its strategic competition with China, Japan and the United States need first and foremost to develop a common "Theory of Victory" based on a newly formulated common strategic objective. The focus can then turn to what the joint capabilities of Japan and the U.S. lack, including who will fill these respective gaps and how they will be filled and leading inevitably to discussions that redefine the roles, missions, and capabilities of U.S. and SDF forces.

In order to compete effectively and sustainably in a resource-constrained environment, Japan and the United States now more than ever need to organically align their national security and national defense strategies by integrating various toolkits ranging from force employment and force development to strategic communications.