US Support for Ukraine: The Reagan Doctrine in Action 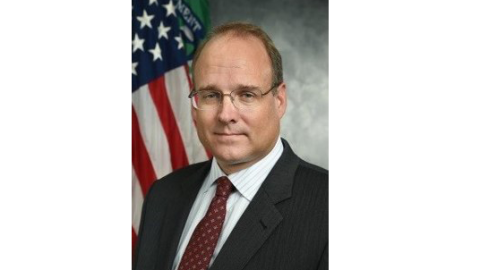 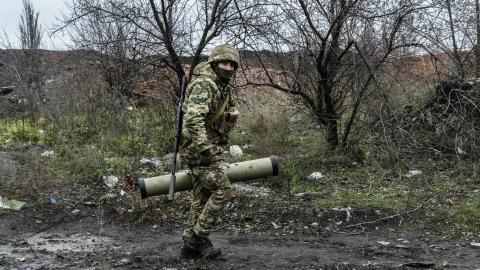 With a new Republican-led House on the horizon, there looms an important debate over continued US military assistance to Ukraine. A number of conservative members of Congress, as well as influential outside groups, have announced opposition to further aid.

But to arm a friendly nation to defeat a massive, unprovoked Russian invasion is a quintessentially conservative and Republican thing to do. Ronald Reagan did it to the Soviets in Afghanistan, so bloodying the Red Army that it was finally forced to admit defeat and withdraw.

In his 1985 State of the Union address, Reagan articulated what became known as the “Reagan Doctrine.” He cautioned against passivity when liberty is under assault and urged that “we must not break faith with those who are risking their lives … to defy Soviet-supported aggression and secure rights which have been ours from birth.”

All told, Reagan spent approximately $3 billion to bleed the Red Army white in Afghanistan. Adjusted for inflation, that would now be nearly $11 billion.

Of course, the scale and intensity of the war in Ukraine dwarfs the 1980s insurgency in Afghanistan. So too will be the sums needed to defeat Russia this time around. To date, we have supplied approximately $17 billion worth of military equipment, according to the Center for Strategic and International Studies. We certainly can afford to do more.

Certainly there is a great deal of confusion arising from the double- or triple-counting in the Biden administration’s press releases, since they include not only the value of the equipment transferred from our military inventories, but also replacement costs and the cost of revitalizing our industrial base to make the replacements. We also have created a $10.4 billion fund that Ukraine can use to buy weapons from the United States and others. Further, we are providing humanitarian assistance and money to keep the Ukrainian government operating. Finally, there is the additional funding request pending before Congress, which would bring the total to $105.5 billion for all these various activities, to be spent over the next seven to eight years.

True, the sums are not trivial, but nor are the results. Ukraine has used our equipment and that of our NATO allies to devastating effect. According to the chairman of the Joint Chiefs of Staff, Russia has suffered more than 100,000 casualties so far. That means the death toll inflicted on the invading Russian army during the first nine months of its war in Ukraine is greater than the number of Soviet fatalities during nine years in Afghanistan.

This is simply unsustainable for the Russian military. You can see the results on the battlefield as the Russians continue to retreat from occupied city after occupied city. If we stay the course and stand by the Ukrainian people, Russia will lose this war, too.

Every $175,000 Javelin or $120,000 Stinger missile that knocks out a multimillion-dollar tank, helicopter, or warplane ultimately translates into a decimated Russian military that is not only incapable of winning in Ukraine, but unable to threaten our NATO allies in Europe conventionally for decades to come. The Ukrainian Defense Ministry claims to have eliminated nearly 3,000 tanks and 6,000 armored vehicles, along with 544 planes and helicopters. Even if these numbers are inflated twofold, the diminution of Russian military power is significant. In this context, as Reagan said, “dollar for dollar, security assistance contributes as much to global security as our own defense budget.”

Moreover, with Chinese Communist aggression against Taiwan appearing ever more likely, the sooner we drive the Russian bear back into its cave to lick its wounds, the better.

As the Republican Party takes control of the House, we should remind ourselves of what a conservative foreign policy truly looks like. It is not isolationist. It does not abandon freedom-loving peoples. It does not throw a lifeline to a drowning enemy — rather, it tosses him an anchor.