What the Loss of Shinzo Abe Means for the World 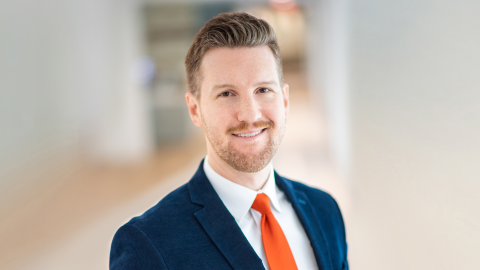 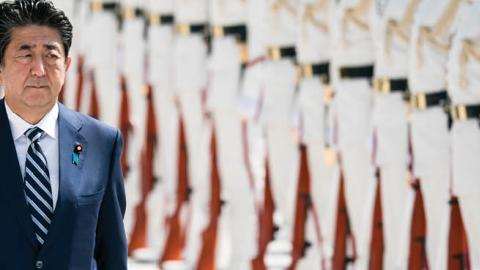 Caption
Japan's Prime Minister Shinzo Abe inspects an honor guard ahead of a Self Defense Forces (SDF) senior officers' meeting at the Ministry of Defense on September 17, 2019, in Tokyo, Japan. (Photo by Tomohiro Ohsumi/Getty Images)

The news of the assassination of Shinzo Abe, former prime minister of Japan, while at a campaign event Friday for upcoming national elections shocked political leaders around the world, who offered their condolences, and stunned the island nation where gun violence is a rare occurrence, especially toward a political figure.

Abe was very much a leader and asset to Japan. Well-known around the world, he was not only an ally to the United States but a believer in upholding our shared values. His quick departure will leave a hole in Japanese politics — but his legacy as a bold reformer won’t be forgotten.

Abe stepped down as prime minister a couple of years ago for medical reasons but was still very much involved in Japan’s policymaking, holding influence within the Liberal Democratic Party (LDP). His faction of the LDP often butts heads with that of the current prime minister, Fumio Kishida. And it was never ruled out that Abe one day might try another run for LDP president and prime minister. He was a tactful politician with a desire to lead Japan.

Abe had been in Japanese politics for nearly 30 years, joining the National Diet in 1993. But he really made a name for himself over the past 15 years, becoming the kind of leader rarely seen in Japanese or international politics. Even though he wasn’t without controversies, Abe managed to gain the title of Japan’s longest-serving prime minister. His tenures in the Prime Minister’s Office, from 2006-2007 and 2012-2020, overlapped with U.S. Presidents George W. Bush, Barack Obama and Donald Trump.

In 2013, he launched a series of economic and security reforms that have laid the foundation for Japan’s national and foreign policies we see today. His economic reforms, commonly referred to as “Abe-nomics,” included fiscal policy and regulatory reform in an effort to jump-start Japan’s economy. It also included monetary policy that’s still a large part of the Bank of Japan’s toolbox. Abe oversaw Japan’s completion of a number of trade agreements, including the Trans-Pacific Partnership and U.S.-Japan trade agreement. And he campaigned to have more women leaders in Japan’s often male-dominated workforce.

Abe often was criticized for his defense reforms and his desire for constitutional reform, though. While his critics labeled him a hawk for his aggressive defense and foreign policies, his foresight was correct: The world is now challenged by a more belligerent China. Criticism didn’t stop him, though. He eventually created Japan’s National Security Council (NSC), similar to that of the United States, and put in place other meaningful defense reforms. Abe’s efforts formed the Quadrilateral Strategic Dialogue — or Quad — between Japan, the U.S., Australia and India. And it was his campaign for a Free and Open Indo-Pacific that has been adopted into the Biden administration’s foreign policy.

These efforts laid the foundation for future leadership in Japan to build on. His legacy is putting Japan on a path toward a more globalized economy while investing in stronger defense. And even though he would engage in some political jockeying with his fellow LDP members, at the end of the day they still would put Japan’s national interests first. In an interview this year, when asked what he thinks about Prime Minister Kishida, Abe said he respected Kishida’s realist approach to foreign policy. Specifically, he was confident that Kishida would make the right decisions when it comes to such issues as the future of Japan-Taiwan relations. In other words, he believed Japan’s future is in good hands.

Abe’s assassination heightens an era of instability for global powers
Even after leaving the Prime Minister’s Office, Abe remained a public and international figure, engaging on issues such as peace and security in the Taiwan Strait. Stepping out of the spotlight allowed him to focus on such issues, which can be hard for a sitting prime minister to touch on. And so, Abe’s continued engagement with global leaders was an asset for Japan. It will be something Japanese and foreign leaders will find hard to replace.

Abe was a friend to America. Over the past decade, he oversaw an improvement to the U.S.-Japan alliance like none before. He engaged with America’s thought leaders with the hope of strengthening the alliance, and it paid off. Abe may be gone, but his legacy will live on.

Riley Walters is deputy director of the Japan Chair at Hudson Institute.