Why the Saudis Despised Jamal Khashoggi

Khashoggi was not merely a pen for hire 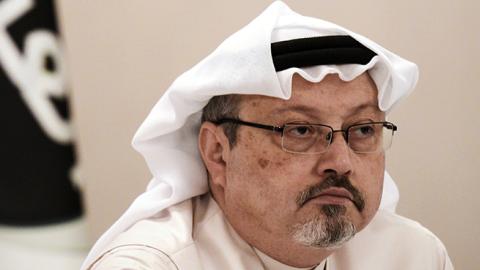 With the likelihood growing that the Saudi government was behind the murder of Jamal Khashoggi, pressure has built for severe, swift action. As President Trump awaits more answers and contemplates a response, it’s worth considering who Khashoggi actually was, what he stood for and why the regime might have wanted him dead.

This is not to suggest that the killing of Khashoggi is justified. It is, however, meant to observe that characterizations of him in the media are not fully accurate. He’s depicted as a “reformer,” a “democracy advocate” and a “journalist.” Yet these are half-truths that obscure the political role Khashoggi played.

Before anything else, he was a regime insider. He was a close associate of senior members of the royal family who were eclipsed by the new crown prince, Mohammed bin Salman.

Khashoggi was not merely a pen for hire. He represented a particular political perspective. An Islamist, his views on major issues consistently tracked with those of the Muslim Brotherhood.

“Saudi Arabia,” Khashoggi said, “is the mother and father of political Islam.” But the Saudi government was forsaking this tradition. “Today,” the kingdom has turned against its very nature and is “fighting political Islam.” As a consequence, its “compass is lost.”

A Turkophile, Khashoggi hoped instead that the new crown prince would follow in the footsteps of Turkish President Recep Tayyip Erdogan, who supports the Muslim Brotherhood across the Arab world. Khashoggi envisioned a grand alliance between Riyadh and Ankara.

“Saudi Arabia must return to fully supporting the Syrian revolution and to ally with the Turks,” he said. Like Erdogan, Khashoggi was hostile to the Sisi regime in Egypt and opposed Mohammed bin Salman’s rapprochement with Israel.

This perspective also translated into a sympathetic attitude toward Qatar, which aligns regionally with Turkey and the Muslim Brotherhood. To MBS, however, Qatar has a sinister profile. When he broke off relations with the Qataris last year, he accused them of sponsoring members of the Saudi Islamist opposition, weaponizing media outlets against the kingdom and even plotting assassinations.

In the eyes of the young crown prince, Khashoggi symbolized the three-prong threat to his rule: the Muslim Brothers, the Turkish-Qatari axis and disaffected princes. When Khashoggi moved to America, Salman added a fourth prong: the element of the American elite that sought to downgrade Saudi Arabia’s friendship in US foreign policy.

Khashoggi found an influential perch at The Washington Post, from which he launched attacks on the crown prince. One of his recent columns, for example, calls for the end of the war in Yemen, which he portrays as an abject failure. He presents the Saudi government as an indiscriminate killer of fellow Muslims and blames the failure of peace talks on its obstinacy and incompetence.

These arguments hit the crown prince where it hurts most: They implicitly attack his Islamic legitimacy, essentially placing him in the same category as slaughterers of Muslims, such as the Syrian and Russian leaders, Bashar al-Assad and Vladimir Putin.

In presenting himself to his American friends, Khashoggi fashioned himself less the Islamist and more the democratic reformer. He made a tactical alliance with former Obama officials who seek to depict Trump’s pro-Saudi and anti-Iranian policy as a disaster.

Trump, in this view, is the enabler of a young, impetuous crown prince. Conflicts such as Yemen result from Saudi recklessness rather than Iranian expansionism.

Far from erasing this picture from the US media, Khashoggi’s disappearance has strengthened it. Given the opposition of former Obama officials to Trump’s strategy, they have an interest in stoking outrage at Khashoggi’s death. Their goal is to harness it in order to resurrect Obama’s outreach to Tehran.

Ironically, containing Iran is a goal that would make perfect sense to Khashoggi. In advocating a rapprochement between Riyadh and the Turkish-Qatari axis, he stressed the need for the Sunni powers to band together to thwart Tehran.

This is an aspect of his thought that he downplayed when making common cause with his American allies. It is the aspect, however, which President Trump would do well to remember most.