Why We Need To Rethink Our Approach to Nuclear Power 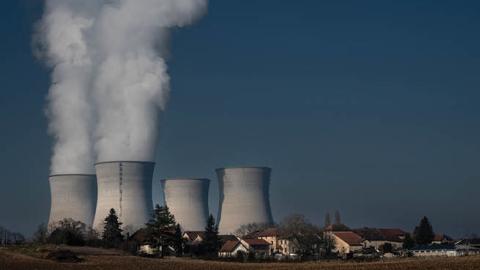 The brutal Russian war on Ukraine and the Western response has brought into sharp relief the dangers of depending on Russian oil and natural gas. As the U.S. and its allies scramble to make up for the decision to decouple from Russian energy supplies, the role of nuclear power for electric generation should be reconsidered.

With some changes in policy, nuclear power can be useful in meeting short-term needs to replace Russian supplies of gas and oil, and in the long run it can contribute to a less carbon-intensive future at a time of ever-increasing needs for electricity to power the digital economy, the electric vehicle industry and indoor heating.

Prices of both oil and natural gas were rising even before the war because of shortages caused by rising post-COVID demand and the West’s efforts to reduce fossil fuel production. Nuclear power has the capability of meeting a significant amount of the demand for electricity from existing and newly constructed facilities. Each nuclear plant can replace a significant amount of natural gas or coal for electricity, and as the electric vehicle market expands, it can replace oil for transportation as well.

In the U.S., nuclear power still provides nearly 20 percent of electricity needs, even as the relative proportion of natural gas in this sector has grown from 12 to 37 percent since 1985. Of the 60 remaining nuclear facilities in the United States, 18 are scheduled for decommissioning in coming years. If six or seven of these plants were kept in operation and reduced the need for gas generation, it would enable the U.S. to export enough natural gas to replace 25 percent of the capacity of the Nord Stream 2 pipeline that Germany just canceled.

It also would offset two-thirds of the March 25 U.S. commitment to increase liquified natural gas (LNG) exports to Europe. Meeting the gap for Germany, of course, would require building out new export facilities that are already permitted in the U.S. and completing the two German import facilities recently announced by Chancellor Olaf Scholz.

Other countries are ahead of us in recognizing the strategic and economic value of ramping up nuclear power. Japanese Prime Minister Fumio Kishida is promoting early reopening of some of the 18 nuclear generating plants that closed after the Fukushima tsunami 11 years ago. He has set a goal of increasing electricity from nuclear power to 20 percent of the total for his country, up from 5 percent.

Japan is the second largest importer of LNG in the world. If Kishida were able to accomplish his goal by restarting idled power stations, it would free up enough LNG capacity to offset well over one-half of the gas flowing now through the Nord Stream 1 pipeline from Russia to Germany. Japan, South Korea and Taiwan already have demonstrated their solidarity with Europe by forgoing much of their LNG imports in the past few months. France, a world leader in the safe use of nuclear power, has announced,its%20reliance%20on%20foreign%20energy. plans to build six new nuclear facilities.

Germany itself has a commitment to phase out,by%20the%20end%20of%202022. the last three of its nuclear generating plants this year. If Germany were to delay these closures, it would help reduce the demand for Russian gas or LNG imports. As German households face increased energy bills and German industry is priced out of global markets because of uncompetitive energy costs, a reconsideration of nuclear policy would make economic sense, as a recent policy recommendation from the European Commission suggested.

Enhancing the role of nuclear power in Europe and the U.S. also would necessitate reducing existing reliance on Russian sources of raw and enriched uranium. Ample raw materials are available in North America and Australia with a more accommodating policy toward mining, and enrichment facilities would have to be ramped up to meet new demand.

Bolstering the use of nuclear power — or even halting planned permanent closures — is undoubtedly a difficult political challenge. But the global impact of the war in Ukraine could present an opportunity for a fresh discussion about this energy source.

Renewable energy such as wind and solar to meet electricity demand will require a significant amount of time and investment to make a difference, and Russia’s ally China is the major source of much of the equipment and raw materials needed to build out renewable electricity sources and the infrastructure to transmit the power. In contrast, nuclear power is a carbon-free source of electricity generation and can meet both baseload power and the growing demand from electric vehicles and the digital economy.

The West is waking up to the consequences of failing to diversify its energy supply. It’s time for a fact-based policy debate about the benefits nuclear power could have for both our environmental and national security objectives.