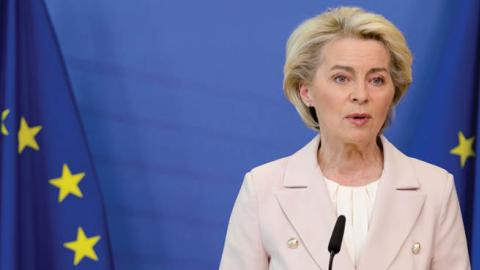 Russia’s willingness to use force in Europe creates incentives for a division of labor between Europe and the United States. This allows Europe to focus on deterring challenges on NATO’s eastern and northern flank, while the United States focuses on preventing Beijing from turning the Indo-Pacific into a Chinese sphere of influence.

The recent US Indo-Pacific strategy recognizes the strategic value of an increasing role for the European Union in the region. Indo-Pacific powers such as Japan, South Korea and Singapore are equally interested in a European defense presence, sharing Europe’s reluctance to choose sides between Washington and Beijing.

But will Europe be able to deliver on its intention to increase its Indo-Pacific engagement?

Following the meetings of NATO’s Ministers of Foreign Affairs, NATO’s General Secretary Jens Stoltenberg announced that the alliance’s next strategic concept will take into account how China’s growing influence and coercive policies affect the security of member states. But unlike Russia, he does not vow to pronounce China a threat encompassed by the collective security guarantees of the North Atlantic Treaty’s Article 5.

Resistance from key members such as France and Germany against defining China as a threat on par with Russia indicates that NATO’s process of taking on China will focus on challenges in cyber and outer space. NATO already has an array of instruments to deal with cyber and space challenges from adversaries such as Russia and Iran, which can be extended to encompass China. The likelihood that NATO’s China role will be limited implies that all eyes are on the EU’s ability to take on China not just as a partner, but also as a competitor.

The European Union already has a long-standing comprehensive civilian presence based on its status as a global economic power and it has built strategic partnerships with the same Indo-Pacific partners as the United States. But can the European Union translate its strong regional foothold into a meaningful security and defense presence, as is required to be a key geopolitical actor in an increasingly militarized region?

France has played a leading role in the development of a European defense presence in the Indo-Pacific, with the United Kingdom as its most important partner. Since 2016, France has mobilized support for a European presence with annually rotating forces which have expanded with participation from a growing number of countries. Rather than overt deterrence of China, the effort is more broadly intended to protect a rules-based regional security architecture through cooperation with Indo-Pacific partners.

The German frigate Bayern was deployed in the Indo-Pacific from August 2021 to February 2022 to conduct operations in support of freedom of navigation and exercise with the navies of Australia, Singapore, Japan and the United States. Germany’s contribution was considered a key decision in forging French–German unity on building a permanent and effective European military presence in the Indo-Pacific.

The United Kingdom has also delivered significant contributions to Indo-Pacific defense, deploying a carrier strike group in 2021 and two warships permanently in 2022.

But in light of Brexit and the AUKUS agreement, the United Kingdom is no longer an integral part of a European presence. Rather, UK presence signals London’s support for a confrontational military deterrence strategy towards China, as approved in Washington. And Russia remains the main homeland security threat for the United Kingdom, which has committed to increasing its military presence in the Arctic.

In France, although Emmanuel Macron won the presidential election on 24 April 2022, growing economic inequality and the center–periphery divide will make it difficult to justify that France should continue to shoulder most of the burden for an Indo-Pacific presence. And although Germany’s commitment to boost defense spending by more than 2 per cent of GDP annually is considered a sea change in Berlin’s military role in Europe, it is questionable if this will translate into a major contribution to a European defense presence in the Indo-Pacific.

These caveats to Europe’s future role as a significant geopolitical player do not mean that Europe must cease to expand its regional security role. Indeed, the European Union is increasing its contributions to Indo-Pacific security as promised in its 2021 strategy. A case in point is the ‘Enhancing Security Cooperation in and with Asia’ project to enhance security cooperation with Asian partner countries, encompassing efforts to integrate unmanned systems in maritime operations and cooperation in building the capacity of Indo-Pacific navies and coastguards. If NATO agrees to take on Chinese challenges in the maritime domain, it is likely to build on these EU efforts.

A larger number of European Union member states need to shoulder more of the burden of Indo-Pacific security to put it on a more secure footing. Germany, Portugal, Spain, Belgium, the Netherlands, Italy and the Nordic countries can contribute assets and manpower on a more permanent basis. A broader effort is needed to demonstrate that Europe’s Indo-Pacific defense presence is not a paper tiger, but is in for the long haul.