Pew Survey On Blasphemy Laws Must Be Supplemented With Ground Realities 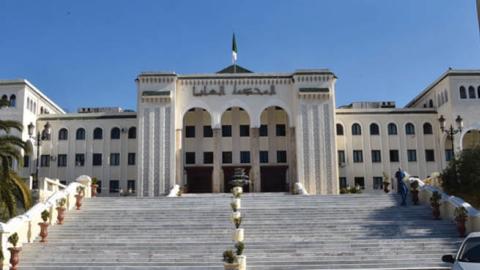 The Pew Research Center is noted for producing excellent data-rich surveys of trends, including religious trends, in the United States and in the world at large. In recent years it has drawn on its wider body of surveys to take up the subject of blasphemy and apostasy laws and produce annual reports about them. On Jan. 25, Pew published its latest overview, headlined “Four-in-ten countries and territories worldwide had blasphemy laws in 2019.”

The report found that in 2019, 79 of the 198 countries and territories it covered had laws or policies banning blasphemy, defined as “speech or actions considered to be contemptuous of God or of people or objects considered sacred.” Such laws were present throughout the world including the five global regions of the Americas (12 countries), Europe (14 countries), Asia-Pacific (17 countries) and sub-Saharan Africa (18 countries). The Middle East/North Africa region had 18 countries with such laws-- that is 90% of the total number of countries in the region, making it the area where restrictions on blasphemy were most concentrated.

Twenty-two countries, 11% of the total number studied, had laws against apostasy, that is, leaving one’s religion. None of these were in Europe or the Americas. Thirteen of them were in the Middle East/North Africa region.

Pew’s researchers are carefully aware that the presence or absence of such laws may by itself tell us very little. Hence, while giving examples of the suffering inflicted on unfortunate people caught in a legal web, they stress that the severity of the punishments vary widely from country to country. In some cases, they are merely fines, but in others, such as Afghanistan, Brunei, Iran, Mauritania, Nigeria, Pakistan and Saudi Arabia, there is the possibility of the death penalty. There is a similar variance in apostasy laws. In Algeria, apostates are forbidden to inherit whereas in Brunei they may face capital punishment.

Pew’s survey and the cautions they give are invaluable, but there are some additional caveats that should be made. Two of these are in the Muslim-majority world, but two others, though with much lower penalties, are in the West.

One caveat is that in some Muslim-majority countries the legal system criminalizes a range of purportedly blasphemous acts but often without appeal to actual legislation. In Saudi Arabia and Iran, judges may appeal to local interpretations of Islamic law in reaching a verdict and handing down a sentence. In Iran, quasi-blasphemy charges may include ‘insulting a heavenly religion,” “creating ‘confusion among Muslims,” “imitating Christians,” “harboring destructive thoughts,” “friendship with the enemies of God,” “fighting against God,” “dissension from religious dogma” and “propagation of spiritual liberalism.” This is but a small sample. Those convicted have been imprisoned and even killed, sometimes ex-judicially.

A second caveat is that state control and legislation is only one part of the repression of claimed blasphemy, and sometimes a much lesser part. Often threats and attacks from mobs, vigilantes and terrorists are a greater threat. Despite Pakistan’s draconian blasphemy laws, which include the death penalty, and despite the hundreds of people accused, who are drawn disproportionately from religious minorities, no one in the country in the modern age has actually been judicially executed for blasphemy. But hundreds of those so accused have been beaten to death, burnt alive or torn apart by mobs. One reason for the lack of executions in Pakistan is that those accused have been butchered before the legal process even begins or advances.

In the West there still remain some, what may be called, quasi-blasphemy laws, such as in Portugal or Scotland, but practically there have been no cases brought forward there in recent years, hence they appear to be dead letters: they remain on the books but in reality they are of no effect. Hence, though they exist, it can be unclear or misleading to include them.

Finally, in the West, blasphemy laws are now not so much disappearing as being increasingly transmuted into more secular quasi-blasphemy laws, often now called “hate speech.” However, in matters of religion, this distinction is frail, and prosecutors and the courts can and do elide the distinction. Blasphemy was traditionally understood as an insult to God or to those persons or texts held sacred. But now such an insult to the divine per se is being held to be a de facto insult to those people who revere God or person or sacred texts, and so the speech must be forbidden on grounds that it is “hate speech” against believers.

Pew is to be commended for its diligent detailing of blasphemy laws, but as they would likely agree, now in the Muslim-majority world and in the West, the larger context of repression and critical discussion of religion must be addressed.