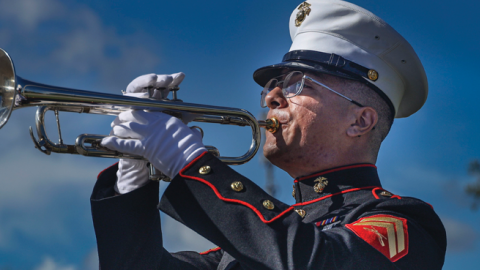 On August 30, 2021, Gen. Christopher Donahue stepped onto a US military C-17 aircraft, due to take off from Kabul in just a few minutes. Gen. Donahue was the last member of the US military to leave Afghanistan, and his exit closed the book on a complete debacle that had seen the Taliban, which had previously been driven out into the hilly southern region of the country, take all of Afghanistan within a few days. Tragically, it also saw thirteen American service members killed in a terrorist attack at the Kabul airport.

As we approach the one-year anniversary of these events, it is important to remember that none of this was a foregone conclusion. The Trump administration negotiated a conditioned-based withdrawal that would keep our soldiers and civilians safe, as well as our Afghan partners and allies. This agreement was based around an orderly drawdown of our forces, while the Taliban agreed not to threaten America or its interests as we withdrew.

This plan worked – we went from about 15,000 American personnel to just about 2,500 when the Trump administration left office. Throughout the drawdown, we established deterrence with the Taliban by backing up our agreement with action. When the Taliban violated the agreement, we hit them. Hard. We never trusted them or took them at their word. As a result, not one single American service member was killed.

Unfortunately, the Biden administration ripped up our conditions-based withdrawal plan and decided to leave unconditionally, trusting the Taliban not to take advantage of the vacuum. This turned into a chaotic rush for the exit, to nobody’s surprise except for President Biden. His administration stayed the course, compounding its errors with more baffling mistakes and weakness.

t pulled military personnel out before American civilians had been evacuated, leaving Americans stranded and at the mercy of the Taliban. It failed to impose costs on the Taliban, allowing them to rush across the country toward Kabul without resistance. It let billions of dollars of US military materiel and equipment fall into the hands of the Taliban as our troops were commanded to leave them behind. Given China’s staunch support of the Taliban since its takeover, one can guess where that equipment eventually made its way.

Now, after a year, the Taliban’s brutal rule is yielding predictable results. The country is facing a debt and hunger crisis. They have rolled back educational opportunities for girls and forced women to wear veils. All manners of basic human rights are being curtailed.

Absurdly, the Taliban is also demanding aid from the international community. We shouldn’t give these terrorists and thugs one red cent. They continue to harbor terrorists in their midst and cooperate with them. Al Qaeda continues to be firmly planted in both Afghanistan and Iran, and while our intelligence community has the ability to eliminate specific threats from a distance – as they did with Usama bin Laden’s deputy, Ayman al-Zawahri – it would be foolish for us to equate targeted actions with ensuring a whole country isn’t a terrorist haven.

What is the legacy of the Biden administration’s failed withdrawal from Afghanistan? We are living through it.

Team Biden’s debacle in Afghanistan heralded the arrival of American weakness. Vladimir Putin noticed this weakness and knew he had a green light to invade Ukraine. Xi Jinping noticed this weakness and knew he could threaten Taiwan at will. The regime in Iran noticed and knew it could put bounties on the heads of Americans, fund terror from the West Bank to Yemen, and give safe harbor to al Qaeda’s leaders while it pretended to "negotiate" a new nuclear deal with Biden officials.

Less powerful dictators, too, have gotten in on the action. Venezuelan dictator Nicolas Maduro is hosting military groups from China, Russia and Iran for joint military drills, in a clear challenge to the US in our hemisphere. The world’s bad guys today feel "free to move about the cabin," and this started with Joe Biden’s incompetence and weakness in Afghanistan one year ago.

We must be careful, though, to distinguish between Biden’s failed withdrawal and the legacy our men and women who served in Afghanistan left behind. Many of these veterans today wonder if they failed, or if their service even mattered given how we left.

I want to be clear: You did not fail. Your service mattered.

Joe Biden ignored the deal we negotiated and chose to wash his hands of Afghanistan. As a result, he unconditionally handed it back to the Taliban and put Americans in harm’s way. He and his administration’s negligence and utter lack of leadership was a betrayal of your sacrifices. But it will never change the true legacy of heroism and sacrifice you left behind.