Skip to main content
Reports
Can the U.S. Regain Battlefield Superiority against China? Applying New Metrics to Build an Adaptable and Resilient Military 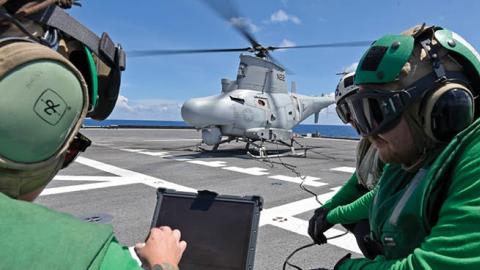 Organizational behavior is driven by metrics and measurements, which can compel change more effectively than a flurry of management directives from the C-suite. With Pentagon leaders calling for new ways of building and fighting the force, the time has come to re-examine some of the US military’s fundamental metrics and assess how they could better incentivize the characteristics needed for future combat.

The US Department of Defense (DoD) has undergone near-constant reform since its founding in the wake of World War II. Frustrated by the department’s fragmented decision-making, Defense Secretary Robert McNamara restructured Pentagon processes during the 1960s to implement the same analytic and data-driven industrial approach he previously applied at Ford Motor Company. Additional changes ensued over the following decades: During the 1970s, the failures of Vietnam spurred the establishment of independent intelligence and assessment organizations; during the 1980s, the Goldwater-Nichols Act reorganized acquisition and operational relationships to promote inter-service integration; and, during the 1990s, decreased defense spending prompted efforts to wring greater efficiencies from the defense enterprise. The pace of change only accelerated over the last two decades as defense leaders sought to produce a sophisticated, networked military by creating additional paths to speed acquisition and standing up more than a dozen new support agencies and combatant commands to address emerging missions.

The steady drumbeat of US defense reform stems in large part from frustration with the Pentagon’s inability to innovate and adapt. Despite the accelerating pace of technological advancement since software and networks began supplanting hardware and computers, US military forces are still using sensors, weapons, and combat systems that look very much like—and in many cases are—those employed during the Cold War. Instead of harnessing digital technology to customize solutions like the Internet of Things has done for “smart” homes, the DoD incrementally improved longstanding types of ships, aircraft, and vehicles organized in predictable formations.

The advent of high-performance edge computer processing, secure cloud computing environments, and increasingly available data create an opportunity for the US military to reform how it assesses readiness. Rather than a retrospective view of administrative units’ availability and performances in artificially constrained certification events, optionality-based readiness would provide a forward-looking view of unit components’ contributions to operations in the field under the military’s emerging generation of operational concepts.

Although disruptive, this shift is achievable, as shown by commercial enterprises’ ability to adopt a similar approach and the increasing reliance of US military force-generation organizations on AI-enabled algorithms to guide maintenance and modernization. If the DoD fails to move in a new direction regarding readiness assessment, it will continue to incentivize the status quo and find itself with two different versions of the US military—the one that trains at home and the one that fights in the field.