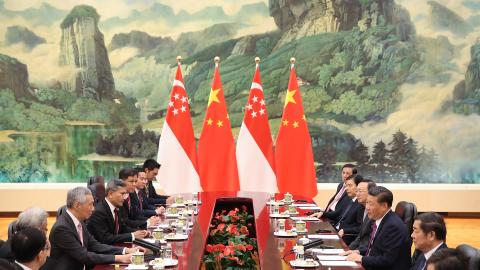 The People’s Liberation Army’s increasingly provocative and reckless activities in and around disputed zones such as Taiwan, the Senkaku Islands, and the South China Sea constitute only one means through which Beijing seeks to change key aspects of the regional order and compel others to “accept its interests.” However, the Chinese Communist Party and PLA are already decades into China’s information and influence war, which is designed to either weaken the will and capabilities of the United States and its allies should military conflict break out or, even better, eliminate the need for China to use military force to achieve its primary objectives (i.e., to “win without fighting”). In this context, the PLA is several steps ahead of the West; whereas Western analysts observe that the PLA is operating in the “grey zone,” the PLA is instead redefining and expanding this grey zone by manipulating how other countries think about it.

With respect to this so-called grey zone, a cost-benefit analysis encompassing both objective and subjective elements typically determines an entity’s decision to respond with military force. For example, crafting narratives about the PLA’s military superiority, elite capture, ability to foment disunity within a target country, or normalization of coercion raises the West’s threshold of what provocations demand a military response—thereby expanding the grey zone within which the PLA and CCP are allowed to operate. Thus, Beijing is well ahead of the US and its allies in conceptualizing and operationalizing the use of military actions other than (kinetic) war to achieve political or strategic objectives.

Finally, Asia and the Pacific constitute both the primary and most suitable region within which the Chinese can conduct information and influence warfare. These sub-regions’ unique material, geographical, ideational, and cultural characteristics render them especially suitable for Beijing to successfully wage political warfare.

This policy memo describes the key objectives, strategies, and tactics of Chinese information and influence warfare developed and refined for use in the Asia-Pacific region. It focuses on maritime Southeast Asia and the Pacific, the areas of highest interest for the US, Australia, and their allies. Offering Singapore, Thailand, and the Solomon Islands as three pertinent case studies, the memo also lays the groundwork for an examination of effective US and allied counters to Beijing’s activities in these contexts, which follow-up reports in this series will present.