Is Obama Striking an Alliance with Iran? 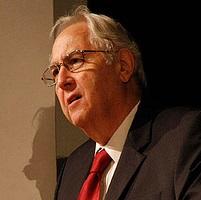 Two new issues have emerged regarding the Obama administration’s policy towards ISIS, which was announced last week in President Obama’s speech to the nation. Both are connected to Iran: (a) the positions the administration will take regarding cooperation with it in fighting ISIS and (b) in negotiations regarding Iran’s nuclear centrifuges.

Should the United States accept Iran as a partner in its fight to “degrade and destroy” ISIS? Already, many self-proclaimed “realists” have argued for its necessity.

If President Obama truly wants to degrade and destroy the Islamic State, he must find a way to collaborate with Iran — the one great power in the Middle East with which the United States is still at odds. Engagement with Iran – while hard and complicated — would be a strategic game-changer, with benefits spreading from Iraq to Syria to Afghanistan.

To defeat ISIS, he argues, one must influence the Sunnis, something the Shia-dominated Iraq government has not been able to accomplish. Since that regime has been funded by Iran for many years, Iran alone has the power to force them to be more inclusive, and to commit to seriously forging a fighting force against ISIS. Iran’s help, he says, is “invaluable, perhaps vital.” Zakaria also thinks a power-sharing government be built in Syria, in which Assad will stay in power. Iran too, he notes, can help with this.

What he argues for is nothing less than the imperative of aligning with tyrants that have waged terrorism abroad as well as against their own people, all for the goal of defeating ISIS — which both Iran and the United States favor for different reasons. He ignores that Iran poses a very real threat to world stability, especially in the Middle East. As they have shown in the ongoing nuclear talks, Iran has shrewdly used such claims to stand firm in its goal of building a nuclear weapon, confident that its ability to play the United States will continue.

Others have claimed aligning with Iran is no different than aligning with the Soviet Union to defeat Hitler during World War II. As Gary Schmitt and David Adesnik point out at Fox News: “Our partnership with Stalin during World War II was one that arose from desperation.” Moreover, Stalin’s troops suffered the most and did most of the worst fighting, and Soviet armed forces died in the thousands, saving the lives of American GIs who otherwise would have had the job done by the Russians. As Churchill well put it, he would sign a pact with the Devil if it guaranteed the defeat of the Nazis.

In today’s world, to ennoble one terrorist regime to help gain its goals in order to defeat a non-state terrorist group simply makes no sense whatsoever. The West might eventually have to use combat forces in some areas to make air strikes work. But to depend on Iran to do that, which it may very well be willing to do, will further destabilize the region and enhance its power throughout the Middle East.

The desire of many, including some in the Obama administration, to align with Iran leads one to suspect that a deal might be accepted that allows Iran to keep its centrifuges at a level close to completion. Would the U.S. sign such a deal and claim that it is a path to real disarmament? Many factors indicate that is the case.

The Times of Israel reports that the United States is considering “softening present demands that Iran gut its uranium enrichment program in favor of a new proposal that would allow Tehran to keep nearly half of the project intact while placing other constraints on its possible use as a path to nuclear weapons.” If true, it indicates that giving in to Iran is something the United States might do in exchange for Iran remaining cooperative in fighting ISIS.

Diplomats tell the paper that it envisages letting Iran keep 4500 centrifuges while reducing its stock of uranium gas so that it would take Iran only one year, not weeks or months, to create material to build a nuclear bomb. Negotiators believe Iran can claim they have not given in nor ended their enrichment capabilities, while the U.S. could argue it succeeded in forcing them to downgrade their original aims for a year.

Israel, according to its intelligence minister, “strongly opposes leaving thousands of centrifuges active in Iran,” an act which he said is “reminiscent of the failed deal reached in 2007 with North Korea, which now possesses ten nuclear warheads.”

That the United States might be considering such a step seems connected to the announcement that Joe Biden’s new national security advisor will be a man named Colin Kahl. Kahl is presently at the Middle East Security Program at the Center for New American Security, and is a professor at Georgetown University’s Security Studies Program. Part of Obama’s 2008 campaign, Kahl was deputy asst. secretary of defense for the Middle East between 2009 and 2011.

The relatively under-the-radar Kahl has been a consistent apologist for Iran and its push to go nuclear. He has worked with pro-Iranian regime groups, including the National Iranian American Council (NIAC), whose main agenda is promoting engagement and negotiations with the Iranian government. At a 2013 NIAC leadership conference, Kahl called the Iranian negotiating team “both talented … [and] also committed to try and find some way to reach an accommodation on the nuclear file.”

“The Iranians have now sent two signals that they are serious,” Colin Kahl, a former deputy assistant secretary of Defense dealing with Iran, told Al-Monitor. The first signal was the way in which the Iranians have re-engaged in talks with the P5+1 since the election of President Hassan Rouhani, Kahl said. The second is that “they are slowing down their nuclear program so as not to do anything overly provocative.”

Kahl seems to be the point man for regularly explaining Iran’s positions and for putting them in the most positive light possible. He also seems to favor a strategy of “containment” for Iran that would allow them to get a bomb. He was co-author of a paper on how a containment strategy would work should Iran actually have a bomb. In "a tweet":https://twitter.com/ColinKahl/status/401802187124535296, Kahl wrote: “We certainly can’t use military force, even though it would be more effective than negotiations.”

The argument makes little sense. In an article, Kahl writes that a U.S. or Israeli attack on “Iran’s nuclear program would knock it back, at most, a few years.” Yet he favors an unsatisfactory deal that would in effect set Iran back only a few months. That is the nature of the containment he favors.

In scores of reports and articles, Colin Kahl has argued that the regime’s leaders are rational. He praised Ayatollah Khamenei for “heroic flexibility,” argued that Obamas is “great for Israel,” and has had a series of appearances with NIAC. And he has been one of those praising the leadership of Iran’s President Rouhani, who he said needs time to “convince regime hard-liners to give him a chance.”

Joe Biden could pick scores of individuals to be his chief advisor on national security issues. That he picked Colin Kahl suggests the possibility that the administration needs people with that perspective if they intend to sell the public on the necessity of kowtowing to Iran because of the need to destroy ISIS. It also suggests they wish to prepare Americans for the possibility that Iran will get a nuclear bomb, and to convince us that containment will work to keep it from flexing its muscles.