Biden’s chronic risk aversion is prolonging the war and making it more costly. 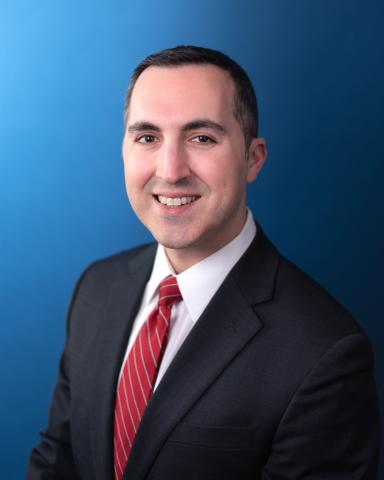 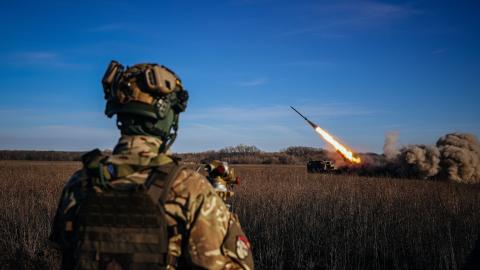 Air raid sirens rang in the new year for Kyiv last week as Ukraine faced another crushing barrage of Russian missiles and Iranian drones. Rather than helping Ukraine defend itself for “as long as it takes,” as President Joe Biden recently declared he would, the United States should help Ukraine achieve victory as quickly as possible. It’s a fundamental paradigm shift that starts by giving Kyiv what it needs to destroy the growing terrorism machine along the Russian-Crimean border.

Faced with a poorly trained and logistically uncoordinated conventional military incapable of taking and holding territory, Russian President Vladimir Putin has turned to a partnership with Iran. Revolutionary Guard trainers from Tehran are on the ground in Russian-occupied Crimea, helping coordinate lethal drone strikes against Ukraine’s civilian population and infrastructure.

Meeting few effective counterattacks against the drone trainers, operators, and bases, Putin is reportedly in talks with Iran to import short-range ballistic missiles, too. Moscow’s goal is transparent: Intensify the misery of the Ukrainian people while trying the patience of Kyiv’s allies in Europe and America who will grow tired of funding a never-ending war amid the conflict’s myriad economic ripple effects.

Allowing Russia and Iran to operate freely along the Russian-Crimea border only prolongs the conflict. But the White House doesn’t see it that way. Biden’s chronic risk aversion and deference to Putin’s saber-rattling continues to deny Ukraine the ability to force a complete Russian retreat.

During his historic visit to the U.S. last month to meet with Biden and address Congress, Ukrainian President Volodymyr Zelensky included conventional surface-to-surface Army Tactical Missile Systems (ATACMS) among his requests for assistance. Biden has thus far refused, in keeping with his responses to Zelensky for nearly two years.

It’s by now a familiar pattern. Ukraine identifies something it needs to deter or blunt Russian aggression. Biden withholds what Ukraine needs, believing its supply would prompt Moscow to launch weapons of mass destruction or drag the United States into a world war. Rather than responding with restraint commensurate with what Biden requires of Ukraine, Putin exploits U.S.-imposed restrictions and accelerates its brutality against Ukrainian cities. Congress pressures the White House to reverse course, Washington provides more of what Ukraine is asking for, Ukraine has tactical victories, and Putin avoids direct confrontation with the United States—exposing the fallacy in Biden’s thinking.

In June 2021, the Biden administration blocked a $100 million package to deliver emergency aid to Ukraine when Russia was preparing for war, then later froze a $200 million aid package to Ukraine, out of concern the Russians would view the weapons deliveries as “provocative.” Instead, Biden’s restraint prompted Russian escalation.

Last year, the White House took days to approve the transfer of Stinger and Javelin missiles to Ukraine after the Russian invasion—weeks more to approve sharing real-time battlefield intelligence. Why? Out of fear Putin would consider the United States a co-belligerent in the conflict. And every time, those fears proved unfounded.

Last spring, Kyiv requested Washington provide an advanced artillery system known as HIMARS, which would allow Ukraine to launch multiple, precision-guided rockets and dramatically strengthen its counteroffensive. The White House first resisted but later responded to congressional pressure by sending a modified system that prevents Ukraine from firing longer-range missiles that might cross into Russian territory—even to target bases and assets used to attack Ukraine—again fearing a disproportionate response from Putin. And now, the White House refuses to transfer the ATACMS surface-to-surface missile for the same reason.

The contrast is striking: Moscow may soon flood the Russian-Crimean border with Iranian missiles capable of traveling 300 kilometers, but Washington won’t provide Ukraine with ATACMS that carry the exact the same range. Biden’s mistaken risk calculus is once again prolonging the Russian-Ukrainian conflict.

Putin has repeatedly demonstrated an aversion to broadening his war on Ukraine into a true world war when Ukraine retaliates in self-defense. It doesn’t get much more reasonable in warfare than to expect Ukraine to defend its people by responding to attacks on its soil by targeting the bases and assets used to launch those attacks. For American military planners, that would be a textbook proportional response.

But Biden holds Ukraine to a different standard. He has created a paradigm wherein the aggressor nation has the assurance that all the war’s destruction will occur only in the invaded nation. ﻿Putin is free to collaborate with Iran’s Revolutionary Guard, a designated terrorist organization, to deprive Ukrainians of water and heat—so long as he operates along the Russian-Crimean border or further east.

Forcing Putin’s war to a conclusion in the West’s favor requires more than air and missile defense. Ukraine must be allowed to remove threats along the Russian-Crimean border rather than playing constant defense over the skies of Ukraine. The American people, like all Ukrainians, want to see a complete Russian retreat—and soon. If President Biden sends the necessary offensive weapons and lifts their operational restrictions, Kyiv’s victory will draw much closer.

Read in The Dispatch.