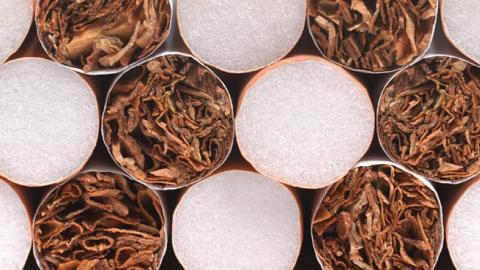 The recent decision by the speaker of the National Assembly of Pakistan to withdraw advance tax on tobacco leaf may temporarily please some tobacco growers but it is not going to resolve Pakistan’s bigger problems: the rise in illicit tobacco trade resulting in loss of revenue to the exchequer in addition to health risks from unregulated tobacco. This will also not solve national security risks that have grown because of the connections between illicit tobacco trade and terrorism, organized crime, and money laundering.

Pakistan, a country at the heart of global terrorism and with weak financial institutions, ranks among the top 15 tobacco consuming countries globally with 20 percent of Pakistani population smoking tobacco. According to a 2018 study by Oxford Economics, a global forecasting and analysis firm, over 40 percent of cigarette consumption in Pakistan, amounting to 32.6 billion cigarettes smoked annually, comes from the black market.

From Europe to South Africa, studies and reports tie illicit tobacco trade to organized crime, drug cartels, and terrorist networks. Therefore, it is not simply a monetary issue - loss of revenue for governments and tobacco companies- but a matter of national security. According to a May 2020 report by the European Commission’s European Anti-Fraud Office (OLAF), the European countries lost EUR 10 billion annually from cigarette smuggling, and illicit trade of tobacco products.

The EUROPOL, the European Union’s law enforcement agency that focuses on combatting international organized crime and terrorism, this illegal trade was used to finance organized crime within European countries. In South Africa, illegal cigarette trade results in the loss of South African Rand 6 billion annually and according to government reports this illicit economy funds organized crime.

According to surveys by a market research agency, Euromonitor International and the World Health Organization (WHO), Pakistan, along with Ecuador, Malaysia, Dominican Republic and Latvia, has the highest percentages of illicit tobacco trade as a share of total cigarette trade. Pakistan has one of the lowest tax to GDP ratios, and over the last two years it has to historic lows, standing at 9.9 % in 2019 and 9.5% in 2020. Every year, the Pakistani state is deprived of millions in tax revenue from the illicit economy.

In 2017, the Pakistani state was deprived of PKR 59.3 billion (or USD 351 million) in tax revenue, an amount equivalent to 1% of its annual GDP or what is set aside for counter terrorism. In 2020, the amount stood at PKR 77.3 billion (or USD 460 million), more than three times the amount that the government allocated for healthcare annually.  This illicit trade has also fed corruption in Pakistan, a country that already ranks high on that score. According to Transparency International’s Corruption Perceptions Index (CPI), in 2019 Pakistan fell to a five-year low of 120 out of 180 countries.

Illicit trade also has its links to money laundering and terrorist financing in Pakistan. In 2018, Pakistan was placed on the ‘grey list’ of the global inter-governmental body the FATF (Financial Action Task Force), for the third time with previous occasions being 2008 and 2012. The FATF has long viewed illicit trade in tobacco as “a significant predicate offence to money laundering” and argued that “proceeds of illicit trade in tobacco are used to fund terror.” As early as 2012, an FATF report titled ‘Illicit Tobacco Trade’ cited Pakistan as a country where business use illicit tobacco trade to transmit money for terror financing.

Decades of support for terrorists and non-state actors by the Pakistani state to help them fight their regional battles has led to creation of ungoverned spaces, in the country’s north east and north west, FATA (Federally Administered Tribal Areas), border regions of Khyber Pakhtunkhwa (KPK) province, and Azad Jammu & Kashmir (AJK).

KPK and FATA border Afghanistan, still host remnants of the TTP (Tehreek e Taliban Pakistan) and the Haqqani network operate and groups like ISIS. AJK borders India and hosts Kashmir and India-centered terror groups. It is in these ungoverned spaces, that one witnesses a concentration of illicit tobacco growing and cigarette manufacturing, expanding illicit tobacco trade and links with criminal and terrorist networks.  It is then transported by these illegal networks to Afghanistan and then to other countries from there.

There has long been a close link, both globally and in Pakistan, between criminal groups, drug and arms trafficking networks, illicit tobacco and drug traders and terrorist groups. The Pakistani state has often turned a blind eye as this was one way of helping these terror groups gain financing without any links to the government. Just as the Taliban accepted and supported poppy cultivation and drug trade in Afghanistan, so have many Islamist terrorist groups taken to illicit tobacco trade as a useful source of financing.