Salman Rushdie and the Wider Effects of Blasphemy Accusations 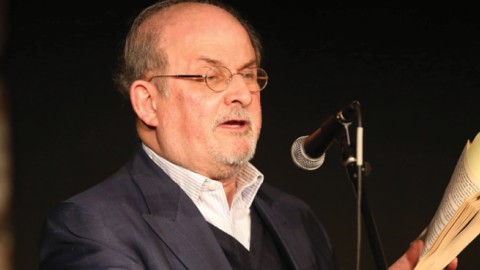 The August 12 stabbing of author Salman Rushdie was a vivid reminder that threats that we had thought were fading are still with us and even growing. But we often misunderstand those threats, and this distorts our understanding of the dangers of blasphemy accusations.

Rushdie’s attacker, Hadi Matar, said he was motivated by the late Iranian Supreme Leader Ayatollah Khomeini’s 1989 fatwa, an Islamic religious edict. That fatwa declared that Rushdie’s novel, “The Satanic Verses”, was blasphemous, that Rushdie was both a blasphemer and apostate, and that it was the religious duty of every Muslim to kill him.

Apart from Rushdie, in recent years there have been the 2020 terrorist beheading of French schoolteacher Samuel Paty and the deadly attacks on the staff of the French satirical magazine Charlie Hebdo in 2015 and 2020. Earlier, there was the 2004 butchery and attempted beheading of Dutch filmmaker Theo Van Gogh in an Amsterdam street because of “Submission”, a documentary he had made with Ayaan Hirsi Ali, and the killings around the world following the 2005 publication of the “Mohamed Cartoons” in the Danish newspaper Jyllands-Posten.

These examples can be multiplied, but while cases in the West draw attention, they are atypical. In order to understand the dangers of blasphemy in the modern world, we need to look further afield.

However, these instances cover only legally sanctioned government repression: there is also much more widespread societal, mob and terrorist violence, like that which ensnared Rushdie.

In Sudan, four Christians remain in hiding, awaiting their trial for apostasy, having left Islam. In Iran, four Christians have been ordered to appear at Evin prison on Aug. 29 to serve multi-year sentences for being apostates. In Afghanistan, the Taliban persecutes Shiites and Christian converts as blasphemers. Some 1,700 Afghan Christians and Hazara Muslims fled to and are now currently languishing in the United Arab Emirates, where the U.S. government has now abandoned them for the second time. In May in Sokoto, Nigeria, a young student, Deborah Samuel Yakubu, celebrated on WhatsApp that “Jesus Christ is the greatest. He helped me pass my exams.” Radical Muslim classmates said that this and other comments were blasphemous, beat her to death and burned her body. They captured their butchery on video.

These individual instances happen on an almost daily basis. On a wider scale, in recent months, Iran has been increasing its vicious persecution of Baha’is, whom it has labelled heretics and blasphemers who must be eradicated since the Iranian Revolution in 1979. There have been dozens of arrests of Baha’is since July, and their leadership has been in prison for over ten years. On similar grounds, Ahmadis are accused of deviating from, and thus insulting, Islam and are persecuted in much of the world, especially in Pakistan. In that country, virtually any public act of worship, devotion or propagation by an Ahmadi can be treated as blasphemy, which carries the death penalty. Any Pakistani Muslim applying for a passport must fill out a form denouncing Ahmadis.

The wholesale plight of Baha’is, Ahmadis, Christians and other converts puts the number of victims of blasphemy laws and accusations in the world in the millions. Let me repeat — in the millions.

Accusations of blasphemy are also used against Muslims, especially Muslim reformers. In Pakistan, opponents of the blasphemy laws, including Salman Taseer, the governor of the largest province, have been murdered. In Iran, grand ayatollahs who have criticized the government’s theology have been imprisoned for insulting Islam.

As the late Indonesian President Abdurrahman Wahid of the world’s largest Muslim-majority country has observed, such coercively applied blasphemy laws “narrow the bounds of acceptable discourse … not only about religion, but about vast spheres of life, literature, science and culture in general.”