The Secret Sources of Populism

It is a direct response to the West’s loss of prestige and authority. And it won’t be the last political trend sparked from the outside. 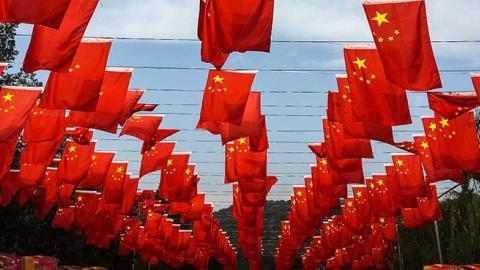 The West’s understanding of globalization and interdependence is increasingly outdated. It imagines a global system in which Western countries radiate their influence all over the world but influence is never reflected back at them. Yet the rebalance of economic and political power has made that idea obsolete. And the phenomenon of populism in Europe and the United States is showing why.

The surge of populism in the West may seem surprising, but that is because Westerners lost the habit of thinking about the ways in which their societies are deeply influenced from the outside. The intellectual fashion is to see populism as a result of internal developments: A crisis of representation, distrust of politicians, growing inequality, austerity, and the rise of new digital technologies have all divided and polarized Western societies. It is comforting to blame internal villains because they can be conquered—and doing so will leave Western countries fairer, more equal, and more united.

As an explanation of populism, though, this is nonsensical, and it betrays the same anxieties that motivate the populists themselves. Populists complain as much as their critics about division and exclusion, although they would argue that liberalism has divided the people. After all, it was Hillary Clinton, not Donald Trump, who complained during the 2016 U.S. presidential campaign that tens of millions of Americans were not the real America. She used the very trope that is supposed to identify a populist leader. But is she one? Of course not.

Populism is a direct result of significant shifts in the global distribution of power.

The problem is that populism is not a national phenomenon—it is an international and geopolitical one. Populism is a direct result of significant shifts in the global distribution of power. Namely, it is a reaction to the loss of power by a formerly hegemonic West.

The populist parties competing for power in many European countries are reminiscent of the nationalist movements of the 1800s and 1900s in developing countries, which won support from people tired of feeling dependent on Europe and the United States. In particular, they sensed that their ancient civilizations had come to abandon their way of life for Western ideas. They lamented that their countries had been so deeply Westernized that only the sense of emptiness remained. “Our country resembles a hospital,” the Turkish writer Kazim Nami wrote in Turkish Country, a journal published between 1911 and 1931, “deprived of medicine, doctors and care.”

In Russia, a Europeanized aristocracy existed in an entirely different world from the peasantry. They spoke French, listened to different music and songs, ate different food, and had a radically different view of religion and the ends of life. It was as two countries rather than as two classes that they looked at each other, plotting a final and decisive struggle over Russia’s soul.

Even in France, England, Germany, and the United States, a creeping sense of alienation was slowly developing between the classes, but it was of a different sort. Because these were the world’s ruling nations, elites assumed the responsibility of managing the affairs of foreign countries. Their outlook was more universal in character, although rooted in colonialism, and that created an inevitable distance with their compatriots.

Of course, as long as Western hegemony persisted, the spoils of empire flowed to the lower classes and reconciled them with those in power. But as the balance of power shifted, cosmopolitan elites appeared in a different light. It was implausible for them to dictate to the rest of the world from a position of growing weakness, and some had learned too well to incorporate the interests of the rest of humanity when formulating their positions. Today, many voters in Europe and the United States are starting to regard the elites as profoundly disconnected from what they see as the national interest. Distrust and alienation will keep growing.

If populism were really an attempt to resolve domestic problems, today’s leaders in Italy, Poland, Hungary, and elsewhere might spend more time addressing corruption, inequality, or entrenched oligarchs. Instead, they’ve deepened those problems while describing a world in which European nations are in danger of disappearing, swamped by external forces they cannot control: immigration, terrorism, trade, and a global cabal of bureaucratic elites. Their promise is to return their citizens to a world in which Europe felt protected from external influences while still being able to exert power over everyone else.

Take the case of immigration. In recent decades, immigration has been for many European nations an economic boon. Without the downward pressure on wages from successive waves of immigrants, countries such as Germany, France, and the United Kingdom would have had a hard time competing globally with developing economies with lower labor costs and quickly improving technological infrastructure. But once immigration is no longer an act of generosity but a vital need for the host country, the power dynamics shifts. Immigrants will demand social benefits, and cultural assimilation will flounder.

It is this loss of control that populists respond to.

All this was brought home by the 2015 Polish parliamentary election, which the populist Law and Justice party won. At the time, it was hard to understand why Polish voters would discard a government that seemed so extraordinarily successful. It was not just the Polish economy—the only economy in the European Union to avoid recession after the global financial crisis—whose performance stood out. Above everything else, it was the prestige and influence the country had acquired. As European affairs minister in Portugal, I had quickly become used to thinking of Poland as the EU’s fourth power, ahead of Spain and Italy.

Polish diplomats and officials were seemingly everywhere. And they had a view on everything, not just matters directly affecting Polish interests. Ministers such as Radoslaw Sikorski and Rafal Trzaskowski, now mayor of Warsaw, were comfortable adopting a broader European outlook on political problems.

These qualities helped make them influential in meetings in Brussels. And that influence seemed a considerable achievement, something voters should reward them for. Yet they punished them instead. It is increasingly clear that the rise of Law and Justice had a lot to do with the fact that a majority of voters did not like to see their ministers speak for the interests of mankind. When Prime Minister Donald Tusk was appointed president of the European Council just months before the election, his willingness to move up and away seemed to confirm those perceptions.

Even in the United States, it has become difficult for a politician to adopt an internationalist position. Voters doubt their country is powerful enough to use that position for concrete advantages. Populist leaders and those who vote for them are frightened of the rise of the rest, with immigration appearing to them as colonization in reverse. Immigration has been the main fodder for anti-establishment populists so far, but we should expect its impact to pale by comparison to the next wave of influence from the rest of the world, particularly from China and from economic interdependence.

In politics as in physics, for every action there is an equal and opposite reaction. As what used to be called the Third World acquires the ability to change political and economic outcomes in the West, voters and political parties will increasingly call for an organized response to stop, minimize, or at the least control that influence. Western populism is impossible to understand as a direct result of domestic problems. Rather, it is a reaction to the global redistribution of power that is still taking shape.