The Way Forward in Afghanistan 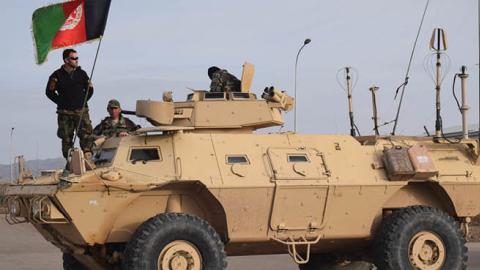 Recent reports of the Taliban winning control of several previously contested districts in Afghanistan have raised fears of a Taliban military takeover. Recent news reporting and media commentary on Afghanistan is reminiscent of the panic that followed the U.S. military withdrawal from Iraq in 2011.

The Taliban’s recent battlefield successes are the result of Afghan government troops withdrawing from distant and isolated garrisons, where supply lines were stretched and which could not be protected without air power. Although Afghan national security forces have done 90 percent of the fighting against the Taliban in the last two years, they were completely dependent on the withdrawing American troops and contractors for air support.

In its eagerness to pull U.S. forces out of Afghanistan by a Sept. 11 deadline, the Biden administration made no contingency plans to provide air support to the Afghan forces. Instead, the hope was that the flawed peace process initiated by the Trump administration could somehow be made to work.

The Taliban’s military offensive has affirmed its belief in Jihad. It has declared in its statements that it would fight its way to victory, and U.S. negotiators have unwisely chosen to ignore these statements so far.

The Taliban’s definition of peace is that other Afghans should submit to its leadership. The Taliban made no explicit promise to end violence in the flawed Doha agreement with the U.S. It sees the American withdrawal as a Taliban victory, and will continue to use force to try to replace the Afghan republic with its totalitarian Islamic emirate.

The Doha Agreement’s only positive outcome has been to enable a relatively safe and orderly withdrawal of U.S. troops. But it offers little real value as a template for future policy towards Afghanistan.

A recent U.N. report points out that more than a year after signing the agreement with U.S. special envoy Zalmay Khalilzad, the Taliban has not broken its ties with al Qaeda. U.S. Secretary for Defense Lloyd Austin told Congress recently that al Qaeda could regain capacity to launch international terrorist attacks from a base in Afghanistan within two years.

The rationale for negotiating with the Taliban was that the U.S. went into Afghanistan to eliminate al Qaeda and can attain that goal without war if the Taliban promises not to provide safe haven to international terrorists.

If the Taliban continues to maintain ties to al Qaeda, there is no reason to continue to persist with the deal or reportedly secret promises made with the Taliban by Khalilzad.

Secretary of State Antony Blinken has now finally acknowledged the possibility that the Taliban only wanted American withdrawal and was not really interested in a peace negotiated with other Afghans. According to Blinken, the U.S. is “assessing whether the Taliban was serious about ending the conflict in Afghanistan.”

The sooner that assessment is completed, and unrealistic expectations about Taliban being a potential American partner in a peace deal abandoned, the easier it would be for the U.S. to plan assistance for the Afghan people’s resistance to a Taliban takeover.

During Afghan President Ashraf Ghani’s visit to the White House last week, President Biden promised support for the Afghan government while insisting that the future of the country is now in the hands of Afghans.

Ironically, that echoed what President Obama had said when he withdrew U.S. troops from Iraq in 2011. That withdrawal was followed by the rise of ISIS and its lightning military successes across a wide swath of Iraqi territory. ISIS inspired and showed the way for a wave of terrorist attacks in Western Europe, the United States and elsewhere.

At least the Obama administration did not nurture illusions about the prospect of a negotiated peace with ISIS. The Trump and Biden administrations have, however, fallen into the trap of considering an irreconcilable enemy as a negotiating partner.

Eventually, ISIS was defeated in Iraq once the U.S. and its allies backed the Iraqi government with resources, intelligence, equipment, training and advice. The Kabul government, too, could reverse the Taliban's momentum with a similar mix of external support.

The U.S. could pay for willing Americans as well as third country contractors to help keep Afghanistan’s air support capability up and running. American technical intelligence could help direct Afghan military resources, while an effective training and advising mission could also continue after the withdrawal of U.S. troops.

That all is not lost in Afghanistan is exemplified by the willingness of Afghan civilians to form militias to resist the Taliban. The U.S. armed various Iraqi militias against ISIS, and there is no reason why a similar approach cannot be adopted in Afghanistan.

Biden’s message during Ghani’s visit was that U.S. troops “may be leaving, but our support for Afghanistan is not ending in terms of support and maintenance of helping maintain their military as well as economic and political support.”

The first step in maintaining support for the Afghans would be to end ambiguity about America’s vision for Afghanistan’s future created by the Doha agreement.

The U.S. has an interest in preserving the Afghan republic and preventing a return to Taliban control.