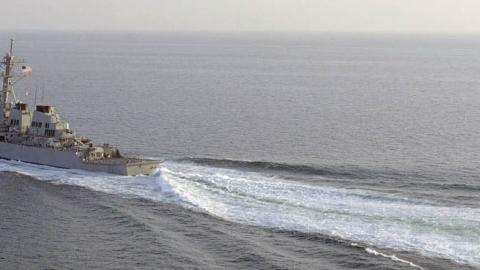 As the U.S. and China begin to face off in a rivalry for global leadership, the Pacific Ocean is again becoming a focus of global military power. Pacific countries like China, Japan and the U.S. aren’t the only ones filling these waters with well-armed ships: The U.K. sent its aircraft carrier, the HMS Queen Elizabeth, to the region for most of the past year, and even the relatively unmilitaristic Germans sent a frigate through the South China Sea in December.

While several recent conflicts have demonstrated the efficacy of various air- and land-power doctrines and technologies, there have been relatively few recent opportunities for naval forces to test their equipment and their mettle. Ukraine has managed to sink several Russian ships, but it isn’t clear if the experience of fighting in the relatively confined Black Sea will translate to the vast Pacific Ocean.

American strategists are still studying battles from World War II, the last major naval conflict, for insights into a future Pacific war. Unless the American armed forces rebuild important war-fighting capabilities, they may suffer the fate of Imperial Japan.

As the sun rose on June 4, 1942, the Japanese Navy ruled the waves. After the Pearl Harbor attack on Dec. 7, 1941, Japan overpowered the American garrison in the Philippines, occupied Hong Kong, seized Singapore, and effectively swept the European imperial powers out of Southeast Asia—all while continuing a grueling war in China. In one of the most impressive campaigns in military history, the Imperial Navy rampaged from Sri Lanka to the Solomon Islands. Next stop: Midway, the last American bastion protecting Hawaii from further attacks.

Thanks to some nifty intelligence work—American cryptologists were intercepting and deciphering Japanese transmissions—and the fortuitous absence of American aircraft carriers from Pearl Harbor, the Americans had a fighting chance to stop the Japanese offensive at Midway. During the main action on June 4, waves of American aircraft inflicted severe damage on all four of the Japanese carriers engaged in the battle, eventually sinking all of them.

Midway is often seen as a turning point in the Pacific war, much like Stalingrad in Europe. In both cases, a bold Axis offensive ended with the almost complete destruction of the attacking forces. But in many respects, the two battles were very different. After Stalingrad, the Soviets went on the offensive and, excepting some temporary setbacks, marched west until they reached Berlin.

The Japanese mostly stopped advancing eastward after Midway, but had they tried they would have found few obstacles in their path. For long stretches in the year following the battle, the USS Saratoga was the only American aircraft carrier between Tokyo and Pearl Harbor, and the U.S. even had to borrow the HMS Victorious from the U.K. to protect the limited Allied offensives in the South Pacific.

The U.S. didn’t gain a clear advantage in the Pacific until roughly a year after Midway, when America’s newly built ships and aircraft reached Hawaii. By that point, Japan’s relatively small number of highly trained and tactically proficient aviators and sailors was dwindling after years of intense combat. The Imperial Navy simply couldn’t replace its losses, let alone keep pace with the thousands of aircraft and hundreds of ships pouring out of American factories.

Eighty years after Midway, the U.S. is on track to face disadvantages against China. Beijing has commanded more ships than Washington since 2015, and the U.S. deficit is growing: The Navy’s budget proposal would retire 24 ships next year while adding only nine replacements. America’s ships may be more capable than China’s, but they have global responsibilities, are outnumbered, and would have few if any reinforcements in a crisis. As the U.S. Navy shrinks from 297 to 280 ships over the next five years, it plans to acquire about 10 new ships a year. It is unlikely that the seven U.S. shipyards that can produce bigger warships will be able to make up for combat losses, especially if they are also repairing ships that have been damaged in combat.

Even in peacetime, the military is struggling to keep up with needed repairs. The USS George Washington should have completed a four-year overhaul in August; the Navy now hopes to be finished by March 2023, nearly two years late. Last year, 2 of 5 private shipyard repairs were behind schedule, an improvement over previous years. The U.S. Government Accountability Office, which has been warning about the Navy’s inadequate repair facilities for years, argues that the Navy’s dry-dock modernization program is far too modest to improve this dismal performance.

In 1942 Japan’s naval forces were powerful, yet brittle. Are today’s American forces so different?