Skip to main content
SVG
In the Media
Hudson Institute 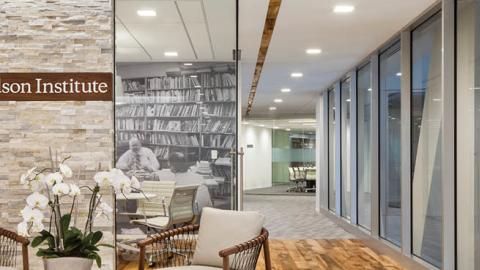 “Luke’s reputation for developing policies that tackle America’s security challenges in Europe is second to none.”

WASHINGTON—Hudson Institute is pleased to announce that Luke Coffey, former director of the Allison Center for Foreign Policy Studies at the Heritage Foundation, has joined Hudson Institute as a senior fellow focusing on Europe and Eurasia, NATO, and transatlantic relations.

“The Russian invasion of Ukraine is a stark reminder of how peace in Europe is connected to prosperity at home. Luke’s reputation for developing policies that tackle America’s security challenges in Europe is second to none,” Hudson President and CEO John P. Walters said. “His work is valued by U.S. and allied leaders alike. We welcome him to our team.”

Coffey oversaw foreign policy and international affairs issues at Heritage from 2015-2022 and was the Margaret Thatcher fellow at Heritage, where he focused on U.S.-U.K. relations, the role of NATO and the European Union in transatlantic and Eurasian security.

Coffey previously served at the U.K. Ministry of Defense as a senior special advisor to then-British Defense Secretary Liam Fox. His work included helping shape British defense policy in relation to transatlantic security, NATO, the European Union, and Afghanistan. Prior to this, Coffey worked in the House of Commons as an adviser on defense issues for the Conservative Party.

“Luke is among the most talented and dedicated foreign policy professionals in the United States today. He represents the unique combination of operational experience and strategic thinking—all in the service of a United States exercising leadership abroad. His presence at Hudson Institute will add immeasurably to our work on European security,” said Senior Fellow Peter Rough.

His work in British politics followed his service to the United States as a commissioned officer in the U.S. Army. He spent his entire time on active duty overseas and was stationed in Italy with the Army’s Southern European Task force. In 2005, Coffey was deployed to Afghanistan for a year and was awarded the Bronze Star.

Coffey received a Master of Science degree in the politics and government of the European Union from the London School of Economics. He holds a Bachelor of Arts degree in political science from the University of Missouri-St. Louis and studied African Politics as a visiting graduate at the University of the Western Cape in South Africa.