Throughout most regions of the world, China’s regional development strategy recalls Janus, the ancient Roman god who was often portrayed with two faces. Like Janus, as China seeks to expand its global influence, its regional aid policies are driven by dual motivations – to help under assisted regions but also to serve Beijing’s political, economic, and environmental interests while undermining those of competing global powers. This Janus-headed approach looks for opportunities that developing countries often believe have been neglected by traditional aid institutions and Western countries including the United States.

China pursues its global interests by creating situations in which other states feel that conceding to Beijing’s interests is prudent, given China’s financial and diplomatic clout. Its development policy is rooted in the Belt and Road Initiative, a global strategy that links the world’s regions through hard and soft infrastructure. Asia, Africa, and Europe are targets for China’s development strategy and, in turn, key to understanding the consequences of China’s emergence as a global development provider. China addresses key regional concerns, thereby promoting a benevolent self-image. China nurtures recipient country–identified needs previously neglected by Western donors, but such developmental nurturing ultimately serves Chinese economic, environmental, and security interests.

This report addresses China’s approach to development in Central Asia, Southeast Asia, East Africa, and the Arctic. China has worked through the Shanghai Cooperation Organization to meet Russian demands for continued regional primacy in Central Asia, helping Beijing foster economic and social dominance, access strategic energy resources, and treat the Uyghur minorities as a problem of terrorism rather than a development issue. In Southeast Asia, China has worked through the Association of South-East Asian Nations (ASEAN) to meet regional demands for soft and hard infrastructure to legitimize China’s growing strategic presence. China is therefore able to undermine the regional economic and security foothold of the US alliance system and challenge the interpretations of the Law of the Sea that legitimizes the military presence and activities of extra regional powers. In East Africa, China has cooperated with the African Union (AU) and the East African Intergovernmental Authority on Development (IGAD) to address regional demands for hard and soft infrastructure without political conditions, to link antipiracy problems to problems of poverty, and to mediate local civil wars. This has helped China establish an economic and strategic foothold at the intersection of the Indian Ocean and Middle East, projecting power far from its shores. In the Arctic, China has established research stations that function as both environmental research laboratories and military surveillance stations.

Chinese development aid has become an increasingly important source of finance in East Africa, Central Asia and Southeast Asia since 2000 when China’s development aid contributions were negligible, as figure 1 illustrates. The Arctic is not listed as a recipient of Chinese development assistance because the region’s states are listed as developed countries. Nevertheless, China contributes financial assistance to areas such as environmental concerns that can be seen as forms of development assistance. This report argues that China’s approach to developmental aid is driven by projects that allow China to address region-wide concerns while advancing long-term Chinese objectives. By taking gradual steps, China is able to transition from what initially appears to be a limited and benevolent presence into a strategic presence that serves its own economic and security interests. To counter this Janus-headed approach, recipient countries need to establish mechanisms that prevent China from gaining unwanted political leverage through developmental aid. To be effective, such mechanisms require region-wide and global approaches that put small-scale Chinese engagement into a larger strategic context. While focusing on the needs of their own immediate region, even smaller powers should think globally about how to assist in countering Chinese initiatives that undermine the liberal world order. 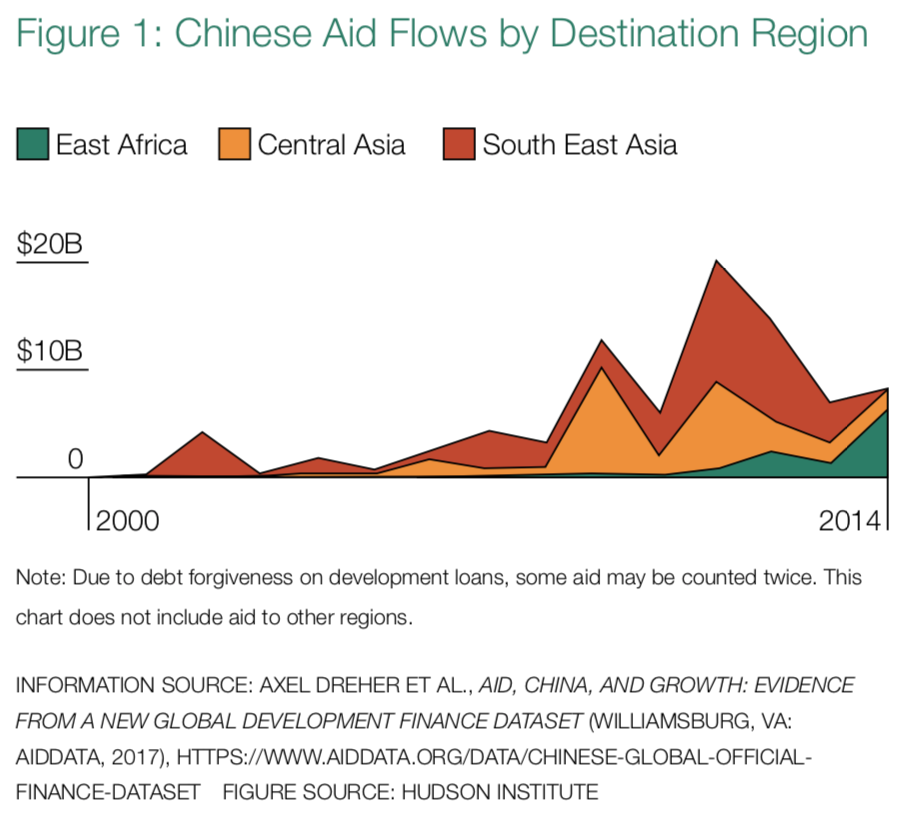 There are ongoing discussions in "Congress()":https://www.banking.senate.gov/hearings/examining-outbound-investment and the White House to build a fed...

Upholding a Rules-Based Order: Reinforcing a Free and Open Indo-Pacific