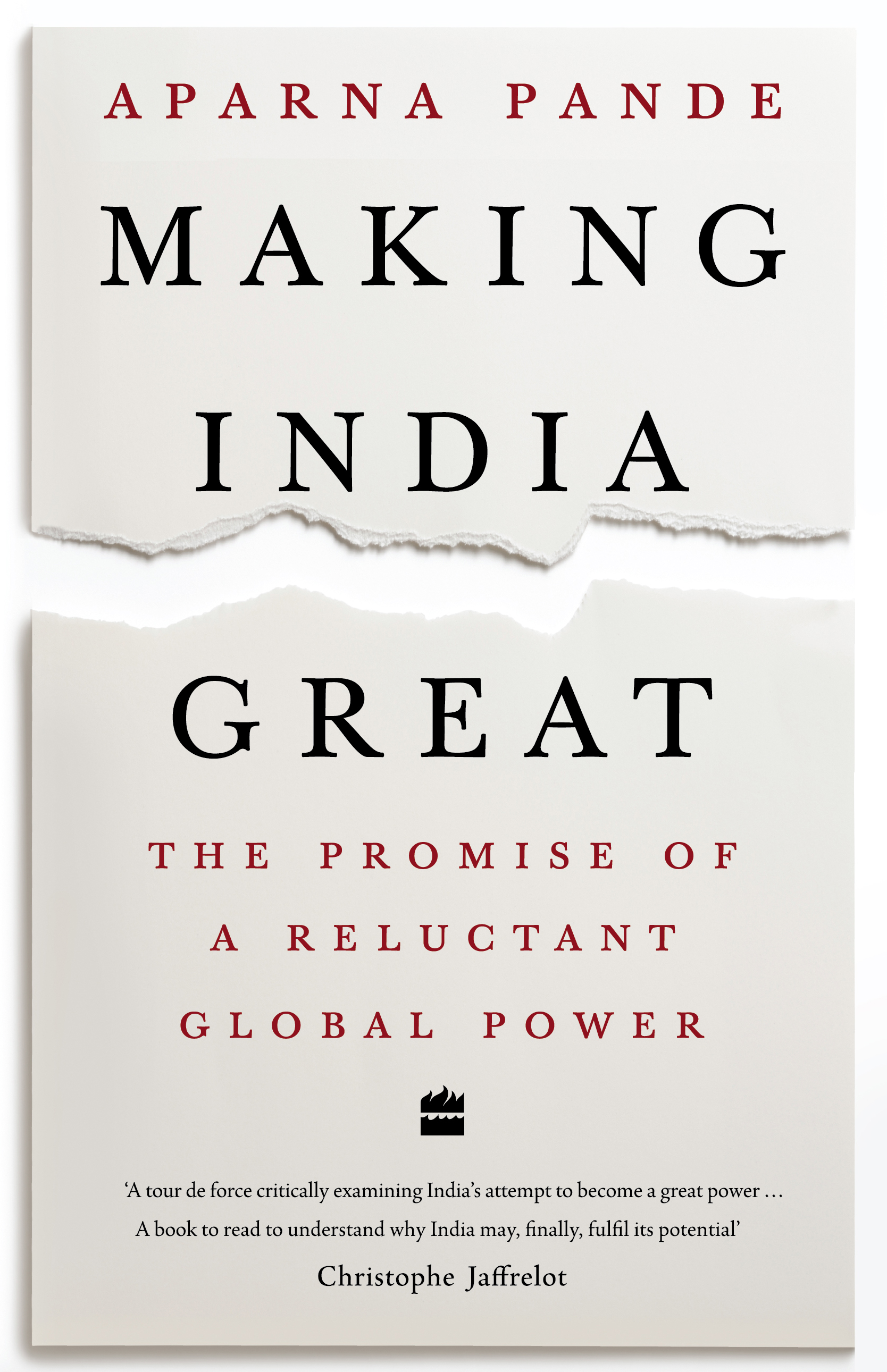 India will be the world’s most populous country by 2024 and the world’s third largest economy by 2028. But the size of its population and a sense of historical greatness are insufficient to guarantee that India will fulfil its ambition to be a global power. India’s strategy to realize this promise will require more than just planning for economic growth. It will require a shift in attitudes.

Making India Great seeks to explain the dichotomy that lies at the heart of the nation: its belief in being a great power and yet reluctance to consistently implement policies and take actions that would help it achieve those goals. Aparna Pande analyses this puzzle by examining the challenges and opportunities that India faces in the social, economic, military, foreign policy and grand strategy arenas.

The New India holds all the promise of greatness that many Indians dream of. Can it become a reality? Making India Great delves deep into this question.

“Essential reading at a time when India debates fundamental issues, not just about the kind of power she wishes to be, but also about the very nature of the nation that is emerging. A sane, skilfull and knowledgeable analysis of India’s potential as a great power and what is holding her back, weaving together the domestic, external and ideational considerations that will determine the country’s course. A topical and hopeful book, informed by a deep sense of history and international relations.”

“This is an essential read for anyone who follows India and wants to appraise its global role and impact. Aparna Pande comprehensively shines a torch on many of the country’s structural frailties and, most importantly, on its inadequate and incomplete modernization process that hold back the nation’s promise to its people and to the world. She rightly argues that the story India must focus on lies ahead and not in the past.”

“In revisiting the persistent gap between India’s promise to emerge as a great power and its continuing under-performance, Aparna Pande offers fresh insights into the factors holding the country back and outlines a path to the realization of the nation’s full potential. As the worldwide interest in and concerns about India grow, Pande’s crisp account is a good place to start unpacking its multiple antinomies.”

DR APARNA PANDE is director of the Initiative on the Future of India and South Asia at the Hudson Institute, Washington, D.C. Born in India, Pande received her bachelor’s and master’s degrees in History from St. Stephen’s College, University of Delhi, before receiving an M.Phil. in International Relations from Jawaharlal Nehru University. She completed her Ph.D in Political Science at Boston University in the United States. She is the author of From Chanakya to Modi (HarperCollins, 2017), Explaining Pakistan’s Foreign Policy: Escaping India (Routledge, 2010) and is the editor of Contemporary Handbook on Pakistan (Routledge, 2017).

Interview on The New Diplomatist, September 26, 2020

Interview with The Indian Futures, August 26, 2020

Interview with Hamsini Hariharan on States of Anarchy, August 18, 2020

Director, Initiative on the Future of India and South Asia

Addressing the United Nations last week, President Joe Biden recommitted to arms control. "No matter what else is happening in the world," Biden said...

On her trip to South Korea this summer, US Treasury Secretary Janet Yellen touted “friend-shoring,” the practice of moving critical parts of the s...

A Witness to China's Uyghur Genocide

Nury Turkel appears on the Jordan Harbinger Show to discuss his new book No Escape. ...