Did TikTok Tip the Midterms? 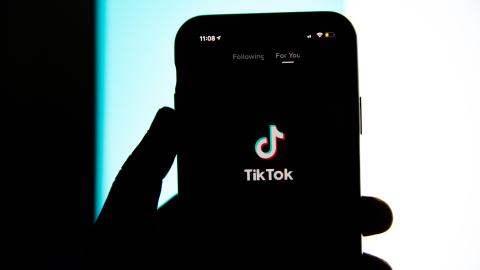 Imagine the outrage if, during the 1962 midterm elections, younger American voters had been getting most of their information about the political scene, and about President Kennedy, from a popular newspaper or radio show sponsored by Pravda, the main propaganda organ of the Soviet Communist Party.

That’s about where we are in the case of TikTok, the popular Chinese-owned social media platform watched by millions of Americans, and TikTok’s parent company, ByteDance. There’s a growing concern that TikTok has become, in effect, a fifth column operating inside the US under the guise of a social media platform, but actually serving as a tool of the Chinese Communist Party (CCP) and its intelligence agencies.

But the fact is, those such as FBI Director Christopher Wray and Federal Communications Commission member Brendan Carr, who worry (rightly) about Beijing’s access to TikTok’s data about Americans, are missing the real picture. The TikTok story is also about information manipulation, under the guise of satisfying users’ personal preferences.

As TikTok Australia’s general manager told an investigating committee in September 2020, the app is “less about social connection and more about broadcasting creativity and expression.” Put another way, TikTok is more like a newspaper publisher or cable network than a social gathering place like Facebook or Twitter.

On Facebook and Twitter, the content you see is dictated by who you follow. On TikTok, however, the user doesn’t have to follow anyone. That’s because TikTok’s algorithm decides what each user will see next, based on how users interact with the content they receive via the app’s “For You” feature. How does the algorithm decide? That’s the question that TikTok won’t answer, and that presents a potential national security challenge.

There’s no doubt that TikTok has become America’s go-to platform for much more than videos or entertainment. One recent survey found that 40 percent of Gen Zers between ages 18 and 24 prefer using TikTok and Instagram as search engines over Google. A Pew Research Center study found that 26 percent of adults under 30 get their news on TikTok.

Younger voters were a key voter bloc in the midterm election. If a substantial percentage of those voters are getting their information about the world, including politics, from a social media outlet owned by a Chinese company, and running an algorithm being manipulated by Chinese cyber engineers, then we have a problem that goes beyond who has access to user data—or even who won or lost in the midterms.

The fact that younger voters are using TikTok to inform themselves on politics is well known to the political class. A Washington Post story revealed that nearly 30 percent of all major-party candidates in the last round of Senate races have TikTok accounts, and one-fifth of all major-party House candidates have an account on the platform. Democrats have been more likely to use the app, with 34 percent of candidates in Senate, House, governor and secretary of state races holding TikTok accounts, according to the Alliance for Securing Democracy, a US-based nonprofit group that looks at foreign efforts to interfere in democratic institutions, compared to only 12 percent of Republicans.

But it’s not just those on the right who worry about TikTok’s influence. Reps. Lori Trahan (D-Mass.) and Adam Schiff (D-Calif.) requested a briefing from TikTok on its strategy to curb “misinformation, disinformation, and the potential incitement of violence” stemming from the platform ahead of the 2022 and 2024 elections. Other advocacy groups on the left have expressed similar concerns.

The bottom line is, having a Chinese company using Chinese-designed software and a Chinese-controlled algorithm help shape the mindset of our rising generation—not just in politics but in everything else—shouldn’t be happening.

In the next couple of weeks, the Treasury Department will make recommendations about what to do regarding TikTok. All things considered, an outright ban might be the best solution. If the Treasury won’t act, then Congress must.