Exploit Commercial Electronics to Deter Beijing Before It's Too Late 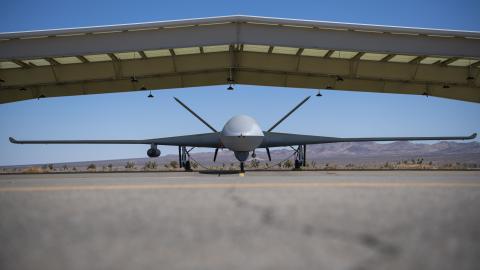 The reason it's attracted so little attention? Because it hasn't been the product of Pentagon planning, congressional appropriations, and procurement from leading American defense contractors. Rather, it’s taken place in the commercial world building phones, computers, and gaming consoles. The private sector may now be the Pentagon's biggest asset in maintaining its leadership in tech. And we should make the most of it.

This is a stunning reversal, all the more remarkable because it happened without a guiding hand from government officials. Rather, it's something whose breakthrough implications have gradually been dawning on policymakers.

For decades, military innovation came from within the military-industrial complex Eisenhower fretted about, which served us well through the Cold War and beyond. Custom systems designed to spec were the norm, from fighter jets and naval vessels to artillery pieces and cruise missiles.

Now, however, military planners are realizing that in many cases, the needs of warfighters can be better served by a plug-and-play approach–drawing on technology the private sector has been developing for commercial use. This opportunity is most within reach for defense microelectronics, as demonstrated by events in Ukraine.

Commercially-derived Iranian drones are devastating Ukraine’s utility and transportation networks, while Russian forces are being targeted and attacked daily by off-the-shelf and military unmanned aircraft. Even though both sides are deploying the most advanced air defense systems around, the number and lethality of drones ensure a few get through to cause meaningful damage.

Ukraine is a reminder that scale matters, and China’s recent recession and instability suggests Taiwan may come under attack before the next generation of custom-built bombers and fighters arrive. To fill the gap, the U.S. military could accelerate and grow its unmanned vehicle fleet by exploiting commercial microelectronics. Instead of deciding what to build by starting with a clean sheet and predicting what future operators will need, weapons buyers should look at the commercial parts bin first and see what can be applied to today’s problems.

Adapting commercial circuits and chips for duty in highly integrated systems like an Aegis destroyer radar is probably not worth the time and effort. These systems don’t get updated very often and use legacy software that isn’t easily ported to the latest architectures. But military drones and satellite are ideal use cases for leveraging the high performance, low cost, availability, and software programmability of commercial microelectronics.

Emerging unmanned systems like Air Force Skyborg or Army Air-Launched Effects drones and Navy Lionfish undersea vehicles need processors and memory chips for guidance and control, high performance parallel compute for target recognition, and high bandwidth radio processing to operate radars and jammers. All these components could be drawn from the pipeline supporting explosive growth in the use of connected devices, from 5G phones to mobile gaming and the Internet of Things. Building systems from commercial components will also help them affordably keep pace with the latest threats and technology.

China's military is already trying to exploit private sector innovation. Through its concept of Military-Civil Fusion, China has merged military and commercial technology development, allowing advances in such areas as artificial intelligence and networking to power Beijing’s surveillance apparatus.

But China has an Achilles’ Heel. Despite a decade of investment and presidential focus, China is unable to build the most sophisticated chips and depends on the U.S., Europe, and Japan for design software and manufacturing equipment to make commodity semiconductors. The U.S. government exploited this weakness with the Biden Administration’s recent export controls, which essentially cut China off from the Western inputs it needs to build its own chips or buy them abroad.

China will eventually circumvent Washington’s restrictions on chipmaking equipment and know-how and may even become able to build its own leading-edge chips. In the narrow window before that happens, the Pentagon needs to exploit America’s commercial microelectronics advantage. By harnessing the torrent of chips, circuits, and antennas coming out of U.S. and allied factories, the U.S. military could field the fleets of air and maritime drones it will need to keep China at bay.