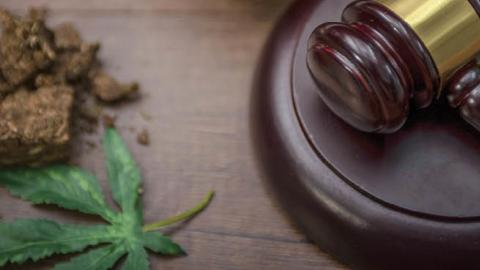 The state of Colorado has been offered up by many policy makers as a test case regarding the wisdom of drug legalization. Colorado has permitted “medical” marijuana sales since 2009, and it allowed for outright commercialization (“recreational use”), as permitted by the Obama administration, since 2014.

Drug legalization advocates have consistently invited the nation, particularly states considering following the Colorado model, to view the state as a real-world “experiment,” demonstrating the benefits or harms of legalized drugs. But beyond the first blush of enthusiasm claiming that “the sky hasn’t fallen” as a result of unhindered access to marijuana, there have been few media accounts citing actual data about how Colorado is faring.

The road is rockier than many believe. In fact, given the preponderance of glowing testimonials from advocates, it may come as a surprise that this month, a quiet resistance to legalization burst into the open. The event was the passage of state bill H 1317, which applies limits to the state’s medical marijuana industry. Passing with strong bipartisan majorities in both houses of the state legislature, the bill was recently signed into law.

Purchases of high-potency marijuana will now be limited (down to only a fifth of the current level). The bill requires warning labels, real-time monitoring of sales, and stiffened medical recommendations from physicians. It also calls for the Colorado School of Public Health to research the mental and physical health effects of the drug.

It should be clear that not all is well in the relationship between Colorado citizens and the state marijuana industry, in spite of the money the marijuana lobby has invested in protecting itself politically among state power brokers.

This month’s legislative news was accompanied by an account in the Denver Post of yet another black market and money-laundering operation being taken down. The operation involved millions of dollars of illegal marijuana and twenty-one individuals funneling the money to China. Mexican and Colombian cartels, as well as gangs from Cuba and Russia, have also been implicated in multiple similar transnational criminal schemes in Colorado and nationwide.

According to Legalization of Marijuana in Colorado, a 2020 law enforcement intelligence report from the Rocky Mountain High Intensity Drug Trafficing Area ( HIDTA ), there were 278 similar black market cases in 2019 involving the seizure of 7.5 tons of marijuana and over 15,000 marijuana edibles, destined for 29 US states.

Advocates for legalization were adamant that a major purpose was to create a regulated market that would drive out the criminal element and end the violence that drives the black market. It fact, the exact opposite has happened, with a thriving black market still dominating the trade, as has happened everywhere states have legalized marijuana, from California to Illinois.

It is important to remember that legalization advocates believed that their policy prescriptions would do more than just avoid a debacle. Instead, they argued that legalized marijuana would improve the metrics that mattered. Such metrics included preventing youth access and alleviating purported injustices (such as racial disparities in arrests, even though the latest data show that more Black and Hispanic people are being arrested today than before legalization). Further, it was supposed to end corruption, which has actually spread more widely after legalization.

The primary justification for legal marijuana was to provide a financial boon for states, through taxation revenue that could be applied to societal needs like drug treatment or education. Advocates further assured doubters that a legal, regulated regime of drug access would make society safer by driving out the criminal element, thereby reducing violence and illegal drugs.

By now, however, we have enough accumulated data in 2020 to see the actual effects of this experiment in drug policy. And they are not comforting. Not only did the promised benefits, both financial and on behalf of public safety, not come to pass, but in multiples areas of daily life the metrics have worsened.

Moreover, the data from Colorado have been accompanied by several years of greater medical science awareness of the health risks from marijuana exposure. Easier access, greater prevalence, higher psychoactive potency from increased THC, a continued criminal element, and more intensive daily use have all occurred since the experiment began. Maybe the sky hasn’t fallen, but a great deal of damage has rained down on Colorado, as measured across several indicators.

Colorado’s ranking among the states for youth drug use was already among the highest before legalization, and it remains so today. In fact, all of the states that accompanied Colorado on the path toward legalization have now emerged as the states with the highest percentage of youth users, well above the national average.

For the entire population twelve and older, Colorado’s marijuana use has increased starkly since legalization, rising 30 percent to become third in the nation, 76 percent above the national average. Among college-age youth (20–25), past-month use is 50 percent higher than the average, while past-month use for ages 12–17 is 43 percent higher. Colorado is also first in the nation for the highest percentage of adults who need drug treatment but aren’t getting it.

According to the latest school-based survey from the state, marijuana use has risen over the past two years (2017–2019), with past-month use of marijuana being reported by 21 percent of young people. The increase particularly affected young teens (15 and younger) who now report a 14.8 percent increase in past-month use from 2017 levels. Marijuana use by all age groups has risen by 6.2 percent since the last time the survey was reported in 2017.

Even where reported rates of youth smoking marijuana have not steeply risen, there is still cause for alarm. The rise of recreational commercial markets has stimulated the introduction of new forms of consuming the drug. For instance, between 2016 and 2018, reported marijuana exposures in the health care systems involving “edibles” increased from 18 percent to 60 percent, according to the Rocky Mountain HIDTA report.

Moreover, the use of other drugs, such as methamphetamine or cocaine, is also strikingly high among Coloradans, while the use of alcohol, often in conjunction with other drugs, has not diminished—against the assurances of advocates. Beginning in 2016, Colorado was the only state with the highest rate of consumption for all four of the major intoxicants: marijuana, cocaine, alcohol, and opioids.

A troubling data point is that contrary to many hopeful claims, the opioid epidemic of use and overdoses has not been stanched by the rise of marijuana. In fact, youth marijuana use seems implicated in even greater risk of opioid misuse, including prescription opioid use, just as cannabis use disorder (CUD) itself also climbs and worsens. For youth, the number developing CUD, only three years following initiation, rises to over 20 percent.

Daily use of marijuana, the most risky pattern, increased by 65 percent between 2017 and 2019 for high school youths. Concern over risk of their developing CUD, a risk enhanced by legalization policies, is well-justified.

Nationwide, marijuana potency for traditional leaf marijuana has risen since 2008 from an average of 6 percent of the psychoactive component THC to over 16 percent today, according to the Marijuana Potency Project, a study funded by the National Institute for Drug Abuse. Moreover, new forms of marijuana concentrates, which are particularly associated with the recreational commercial market, have seen average potency rise to over 61 percent THC.

Is the purported revenue from marijuana sales truly worth it for the states? Not according to a statement counseling against marijuana legalization from several state medical societies representing thousands of physicians. Whatever amount of money the state thinks will be legal marijuana gravy, doctors fear that the damage done will cost even more.

The doctors write: “legalization continues to present serious public health concerns…. We are very concerned that the long-term public health costs associated with hospitalizations and treatment for psychiatric/addictive disorders could significantly outweigh any revenues that (states) anticipate would be received from the legalization of cannabis.”

So striking is the risk that the Irish Board of Psychiatry, recently summarizing the matter, stated that high-potency cannabis in Ireland has become “the gravest threat to the mental health of young people.”

Marijuana Use By At-Risk Populations

For teens, marijuana is the most common drug found in toxicology of those who die by suicide. The percentage of incidents of suicide in which toxicology results were positive for marijuana increased to 23 percent in 2018, compared to 14 percent in 2014 (note that these figures are prior to the pandemic).

The significant increase in the number of teen suicides in Colorado over the past five years, and marijuana as the number one drug found when toxicology is reported, can be seen to correlate with increased potency and availability of marijuana, of concentrates, and of vaping by teens. Of teens ages 15–19 who died of suicide in 2018, marijuana was present in 37 percent of the cases (of the two-thirds who had toxicology information available).

While the issue of teen suicide is complex, there is now substantial research linking heavy and early marijuana use to an increased risk of self-harm among users. Whatever has been the effect of legalization on this risk, it surely hasn’t helped, and the risk of harm is worsened in the presence of a commercial marijuana industry.

A recently published study has found a significant difference for both male and female young adults in suicidal ideation, planning, and attempts in relation to CUD and particularly daily cannabis use.

And a suicide problem is found for veterans as well. The National Veteran Suicide Prevention Report indicates Colorado’s rates are significantly higher than the national average, with 2019 figures showing a 25 percent increase over 2018.

It’s not only teen marijuana exposure that is worrisome. There is increasing medical literature showing the risks of marijuana use during pregnancy. Most importantly, recent research has shown that commercial legalization is linked to an increase in perinatal maternal marijuana consumption, placing offspring at developmental risk.

Not only is marijuana found for long periods of time in mothers’ breast milk, there are clear and growing signs of adverse developmental effects on children exposed in the womb. Young women in Colorado beguiled by “recreational” marijuana products are placing themselves and their future children at risk, since some of the adverse effects, including birth defects, begin even before a woman may know that she is pregnant.

The general societal impact of greater marijuana use has also been broad. And the impact is not limited to just the set of those who use. It can be seen reshaping social life in the wider community.

For instance, traffic danger has increased, according to the Rocky Mountain HIDTA. Colorado traffic deaths since legalization have increased 24 percent overall (all prior to the pandemic-related lockdowns), while deaths in which drivers tested positive for marijuana increased 135 percent. Currently, the percentage of all Colorado traffic deaths that were marijuana related has risen from 15 percent in 2014 to 25 percent in 2019.

As the nationwide workplace drug-testing company QUEST Diagnostics recently reported, positive tests for marijuana are 30 percent higher in Colorado than the national average, at a time when nationwide drug positive rates are at their highest in sixteen years. As a consequence, not only are workplaces less safe, but finding available workers, especially in safety-sensitive occupations such as transportation or mining, has become a challenge in Colorado.

More marijuana calls are coming in to poison control centers, which report that adverse marijuana-only exposures have more than quadrupled since legalization. Hospital emergency-department events with marijuana involvement have also risen sharply, as have marijuana-related hospitalizations.

As the years since legalization have passed, the public health and public safety impact has grown, year over year. The effect on families, on pediatricians, on educators, on emergency departments, on the workplace, on law enforcement, and indeed on the general quality of life in a once thriving state, has been strikingly negative.

We should not be surprised to learn that there is a high cost to making an addictive and dangerous substance a commercial product. Nor should we enable this public policy mistake to take root elsewhere. Taking stock, we can now say that the so-called legalization experiment has, at least, produced one positive impact—it has issued a clear warning about the path we are on.