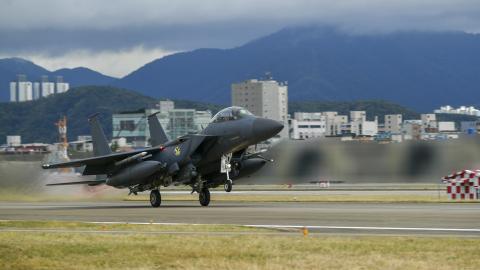 ► Demonstrating a credible capability for waging hybrid warfare is a key feature of Kim Jong Un’s current political-military campaign. The campaign has been marked by an unprecedented number and array of missile tests, interspersed with offensive warplane formations and live artillery fire drills near the inter-Korean border. North Korea wants the world to believe it can launch a wide range of missiles and other military systems from anywhere at any time.

► Nuclear weapons and the potential to conduct nuclear strikes are also at the epicenter of Kim’s political and military objectives. These goals include erecting a nuclear arsenal to guarantee the survival of the Kim family and deter an external attack from decapitating the regime; socializing the idea that North Korea is a permanent nuclear weapon state; and emulating Vladimir Putin’s attempts to secure leverage by evoking the specter of limited nuclear war.

► Officials in Seoul and Washington should act resolutely but strategically to Mr. Kim’s bracing test for the alliance. Allies have time to forge a superior, long-term strategy for preserving deterrence to extend economic, political, and technological superiority over North Korea. Rather than rushing to abrogate inter-Korean accords, redeploying nuclear weapons back on the peninsula, or creating a South Korean nuclear bomb, the governments in Seoul and Washington should forge a unified approach that highlights North Korea’s recklessness and threats, reinforces South Korea’s defense capabilities, and strengthens and integrates the combined capabilities of democratic allies.

In a world beset by war, great-power rivalry, and social upheaval, insulated dictatorships can be easy to overlook.  Kim Jong Un wants more attention.  He is working hard to sustain a pattern of disruption to reclaim the spotlight Kim so roundly basked in just a few years ago.

The history of North Korea’s external relations can be reduced to a series of political-military campaigns punctuated by periods of intense diplomacy.  The “fire and fury” of 2017 resulted in North Korea declaring the achievement of both an intercontinental ballistic missile (ICBM) and hydrogen bomb capability. But the following frenetic period of summitry ultimately failed to gain traction, either between the two Koreas or between the United States and North Korea.

For Washington, the spirit of Singapore was quickly surpassed by the specter of Hanoi.  Ever since early 2019, when then-President Donald Trump and Mr. Kim parted Hanoi heading their separate ways, a prolonged diplomatic impasse settled between the United States and North Korea.

The world is gradually awakening to Kim’s decision to pivot from summitry to a far more threatening nuclear missile arsenal and hybrid warfare capability. In late 2019, Kim announced he was no longer bound by his nuclear missile moratoria. His subsequent decision to shake up the diplomatic impasse was revealed last year at the Eighth Workers’ Party Congress in January 2021, where he enumerated an ambitious set of weapons programs. Even so, some dismissed his pronouncements as relatively routine military modernization measures.

Throughout this year, Kim has implemented an aggressive research and development program, testing short, intermediate, and long-range missiles, both ballistic and cruise, and preparing for a resumption of nuclear testing. This sustained flexing of military might is undoubtedly designed to beef us North Korea’s capabilities, while also seeking to compel South Korea and the United States to accept Pyongyang’s terms for negotiation.

Yet Kim’s political-military campaign is structurally destined to take a back seat when major powers are threatening far more serious consequences: Vladimir Putin’s catastrophic war in Ukraine and threat to use nuclear weapons, and Xi Jinping's determination to rejuvenate the Chinese nation, including speeding up plans to seize Taiwan by force.

Far from an original thinker, Mr. Kim is seeking to hide behind intensifying US-China and US-Russia competition. The former has given Pyongyang wide latitude for gray-zone activities, including firing an IRBM over Japan. The latter has inspired a new nuclear doctrine that suggests preemptive use and pre-delegates authority; Pyongyang would like to convert its improving nuclear arsenal from a deterrent to a potent tool for coercive diplomacy.

But as Putin escalates conflict against the Ukrainian people and struggles to retain support for his miscalculations, it seems that hybrid warfare works better in theory than practice.

The Dysfunctionality of Nuclear Weapons

The Kim family regime has sought to acquire a nuclear arsenal for so long that it appears to have lost sight of the severe limitations of nuclear weapons.  Weapons of mass destruction are suitable instruments for creating leverage, brinkmanship, and menace.  But nuclear weapons are not that effective at delivering political objectives beyond survival.

That is why atomic weapons have not been used since the Second World War.  This is not to sound complacent during this month that marks the 60th anniversary of the Cuban Missile Crisis.  Indeed, as Lawrence Freedman reminds us in his chapter on that crisis in his new book, Command: The Politics of Military Operations from Korea to Ukraine, a Soviet submarine commander acting under tremendous pressure was in a position to launch a nuclear torpedo at a US aircraft carrier without orders from Moscow.

Maintaining barriers to the resort to nuclear weapons and strengthening the nuclear non-proliferation regime remain essential goals for democratic powers like South Korea, Japan, and the United States. Because of the importance of preserving the nuclear taboo, the United States and its democratic allies are sure to respond to the military use of a nuclear weapon with devastating firepower—no matter how small the yield or how remote the target is. The unusual surfacing of a US ballistic missile submarine in the Indian Ocean might well have been a reminder to aggressors interested in using a nuclear weapon that the US possesses devastating conventional strike capabilities and stealthy submarine-launched ballistic missiles with low-yield warheads.

First, Mr. Kim hopes to normalize North Korea’s status as a nuclear-weapon state and make that status a fait accompli.  This status appears to be an objective reality, at least for the foreseeable future. Indeed, it seems to be prevailing over the stated allied policy goal to achieve the denuclearization of the peninsula. Still, it does not necessarily follow that the United States and South Korea should abandon the long-term goal of denuclearization of the peninsula. But they should prioritize more realistic short- and medium-term goals, starting with more robust allied military capabilities, including advanced air and missile defenses and more powerful conventional forces. Over time, North Korea may show greater seriousness about diplomacy, and the United States and South Korea should remain open to useful risk-reduction and arms control measures that are reciprocal and verified.

Building nuclear weapons and deriving actual benefits from them are two different matters.  Mr. Kim must realize that Washington, Seoul, Tokyo, and other allied capitals will not reward his illicit military programs.  This is true even if all these countries also see benefits in stability and, thus, potential arms control and confidence-building measures.  Government officials must constantly wrestle with competing goals, and for now, the purpose of depriving North Korea of any gain from its nuclear and missile programs overrides the fear that he would miscalculate and trigger a conflict he could not possibly win.

The second objective of Mr. Kim’s hybrid warfare display is to probe whether there are any coercive benefits of waving around the threat to use nuclear weapons. Kim has proclaimed North Korea a nuclear power and now enshrined in law the right to use them as it wishes—not just for deterrence but also for potentially offensive and coercive purposes, too, and delegated should outside powers seek to decapitate the North Korean regime.

He wants to burnish his nuclear arsenal, improve mass-destruction-weapon capabilities for deterrence, defense, and coercion, and seek to regain the political initiative.  Meanwhile, he is also leveraging the opportunity afforded by significant power tensions—Russia’s war in Ukraine to include the use of saber rattling to restrain the West—and competition with China over Taiwan and technology policy.

However, Mr. Kim is probably under no illusion that he can win significant concessions.  Indeed, because he appears recently to have concluded that there are no diplomatic concessions to be made by the Biden or Yoon administrations, he has embarked on an ambitious research and development program to burnish his credentials as a small great nuclear power state that will be prepared to deal with more pliable leaders after the allied president leave office.

This is a forlorn hope. Because the allies are more prosperous and know the need to improve their defenses, they will not allow a double asymmetry of conventional and nuclear superiority to develop.  Instead, the only asymmetry that exists is between the unlimited tenure of Mr. Kim and the term-limited positions of democratic leaders.

There is ample time for concerted, wealthy, and increasingly integrated allies to preserve deterrence, both extended by alliance commitment and projected by national power.

First, Seoul should not prematurely rip up the Comprehensive Military Agreement (CMA) or renounce the historic nuclear accord of 1991. Indeed, Pyongyang appears eager to cajole President Yoon Suk-yeol into renouncing these accords and then using that renunciation to establish the rationale for expanding its nuclear and missile programs much further. The better course of action is calling out North Korea’s violations—including repeated artillery barrages into a no-fire zone in violation of the 2018 CMA. Meanwhile, the United States and South Korea should maintain robust military training to compensate for a reduction in readiness over the past few years. The resumption of live-fire military exercises next year should be designed to maximize allied readiness to deal with a wide range of contingencies.

Second, the recent resurrection of the Extended Deterrence Strategy and Consultation Group talks between Seoul and Washington should establish clear goals with implementation milestones. The two allies should discuss the full range of measures they can take at various times in response to a diverse set of contingencies, ranging from a likely nuclear test to reckless use of limited force. The array of responses is excellent, even without a TLAM-N and certainly without trying to deploy nuclear gravity bombs on the peninsula where they might be a prime target for North Korean missiles. Rotational deployments of advanced aircraft, aircraft carriers, and more submarine patrols are all ways for “strategic assets” to remain tethered to defending the alliance without necessarily being permanently deployed to one base.

It is also premature for South Korea to abandon nuclear non-proliferation by pursuing a South Korean nuclear option. But close allies should not be afraid of discussing the most difficult subjects. They are likely to keep coming back to the realization that the United States has already invested mightily in nuclear deterrence. Extended deterrence can be made more durable despite North Korea’s threats. Thus, closer military integration, more robust missile defenses, and greater cooperation with Japan and other like-minded countries can, at relatively little cost, strengthen real deterrence.

Finally, when the world appears to be embarking on a new nuclear era may well be the right time to double down on nuclear non-proliferation. President Yoon’s call for South Korea to step up its global role and recognize the benefits of the endangered nuclear non-proliferation regime deserves further diplomatic support. Because leaders in South Korea and the United States know they have no intention to initiate an attack on the Kim regime, they can remain confident in the power of deterrence—especially if they keep improving their defenses and readiness.

Read in Korea on Point.