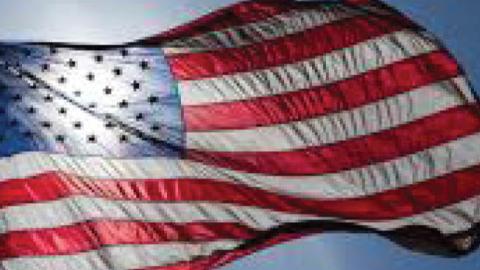 Colin Dueck has written a marvelous book explaining the past, present, and future of conservative nationalism in American foreign policy. It is clear, extremely well written, short, yet comprehensive.

Dueck begins by explaining that before Woodrow Wilson’s presidency, the default position for U.S. foreign policy was American nationalism. From the George Washington administration until the second decade of the twentieth century, this nationalism meant American statesmen emphasized the preservation of our national sovereignty and a foreign policy focused on American national interests, including: retaining freedom of action; promoting trade; non-interference in European affairs; and territorial expansion on the North American continent.

President Wilson’s “innovation,” Dueck states, was to promote “binding, universal, and formal multilateral commitments on the part of the United States” to help create a new international system in which “progressive liberal values [would] be vindicated—world-wide.” This innovation was the beginning of liberal internationalism that sought to move beyond “balance of power” concepts in world politics.

On the classically liberal side, American nationalists believe—like James Madison in Federalist 55—that human nature contains some positive qualities that make good government possible. Classical liberals also embrace the concepts of “the rule of law, individual liberty, constitutionalism, and a limited form of government.” The ultimate goal of conservative nationalism is the preservation of the American constitutional republic.

Hardline unilateralists are, what Walter Russell Mead calls, “Jacksonians.” For them, “the maintenance of American sovereignty is paramount.” They are skeptical of nation building, the United Nations, transnational institutions, and humanitarian intervention, but support vigorous measures “when convinced of threats to the United States.” Dueck describes them as the “pivotal players within the GOP on foreign policy,” who were usually allied with conservative internationalists (Mead’s “Hamiltonians”) during the Cold War and the War on Terror.

On the other hand, the third group, the non-interventionists (Mead’s “Jeffersonians”), “oppose U.S. military commitments abroad,” including armed interventions, bases and current alliances. Many are libertarians who favor a limited role for the U.S. government in foreign as well as domestic affairs. During the 1920s and 1930s, these Jeffersonians were the dominant voice in Republican politics. Today, they are represented by politicians like Senator Rand Paul (R-KY) and journals like The American Conservative.

Dueck sketches out the historical origins of these three groups in Republican opposition to President Wilson’s policies before World War I and particularly Wilson’s vision of the League of Nations’ Article 10 that could have required U.S. military intervention without the consent of Congress. Senator Henry Cabot Lodge (R-MA) represented the conservative internationalists. Lodge opposed the open-ended commitment of Article 10 because it overrode American sovereignty, but favored a proto-NATO military alliance with Britain and France.

Senator Robert La Follette (R-WI) was a non-interventionist who voted against entering World War I and emphasized de-militarization and disarmament. Dueck labels Senator William Borah (R-ID) as a hardline unilateralist. Prior to the war, Borah favored a naval build up; reluctantly voted for war against Germany; and was irreconcilably opposed to the League of Nations.

Trump’s foreign policy places a tremendous emphasis on nation-state sovereignty. What Trump “has clarified,” Dueck writes, is that “no version of liberal internationalism” can be “sustained” without Americans feeling that they are part of a “prosperous, sovereign, and secure” nation-state.

Trump made border control part of foreign policy; overhauled long-standing trade policy; and adopted a more skeptical view of continuing military conflicts (e.g., Afghanistan). At the same time, he increased defense spending and relaxed the rules of engagement in the war on the Islamic State. In political terms, Trump (unlike most Republican candidates) campaigned on Jacksonian (and, in some cases, Jeffersonian non-interventionist) populist-nationalist themes that appealed to white-working class voters and solidified their increasingly long-term support for the GOP.

Dueck describes Trump’s foreign policy as “directional.” This means, the author believes that Trump is trying to change the direction of policies that he thinks are “disproportionally costly . . . and must be reoriented and renegotiated in the opposite direction.” This does not mean that Trump is seeking to dismantle the entire post-war liberal world order. It means that it “is not his primacy reference point one way or the other.” He is reassessing “America’s global commitments portfolio, and its outcome is not predetermined.”

Dueck’s analysis of Trump foreign policy is consistently sober, nuanced, and free of bias. He sees some advantages and some disadvantages in the president’s policies and states them clearly. For example, Dueck notes, “Trump deserves credit for drawing attention to a longtime pattern of Chinese abuses against the United States and its allies.” At the same time, he criticizes Trump for escalating trade disputes with our allies instead of forging a common trade front against Chinese mercantilist practices.

In the future, the “likely outcome, even as Donald Trump has discovered,” will be a balance of the three visions. This balance would be the foreign policy equivalent of what historians of American conservatism call “fusionism,” a political coalition whose style and substance will be determined by a future president.

In the concluding chapter, Dueck articulates his policy prescriptions and general worldview. He sees a coming “Age of Iron,” marked by great power competition. “History has never ended” as the United States faces revisionist authoritarian peer competitors that are (“asserting alternative political-ideological visions”.) First and foremost, China presents a long-term and serious threat, but other challenges also come from Russia, Iran, North Korea, and the salafi-jihadi terrorists of ISIS and Al Qaeda.

Dueck draws lessons from the leading twentieth-century theorists of geopolitics Halford Mackinder and Nicholas Spykman. Mackinder posited that control of the great European-Asian landmass (the heartland or the “world island”) by a hostile power could threaten peripheral maritime powers like Britain and the United States. Spykman translated this view for the American position in the world, Dueck echoes Spykman’s argument that the United States should retain a forward presence in the Rimland (the amphibious littoral area between the heartland and the great off-shore islands of Great Britain and the American continent) to prevent the formation of a coalition hostile to U.S. interests. Dueck rightly repeats Spykman’s argument as foundational for a U.S. grand strategy that seeks to protect American security.

To meet the challenges from revisionist authoritarian powers, Dueck rejects as inadequate liberal internationalism as well as the “off-shore balancing” of self-styled realists (e. g., John Mearsheimer, Stephen Walt) and of non-interventionists of the Cato Institute variety. Instead, the author embraces a vigorous conservative nationalism that employs Jacksonian elements, but clearly emphasizes the primacy of Hamiltonian conservative internationalism.

Dueck notes the “conceptual predominance” of liberal internationalism, which suggests that world politics is evolving in a more progressive liberal direction of global governance—the growth of multilateral rules and institutions, a strengthened United Nations, and a more integrated European Union. However, he points to three essential weaknesses (economic, national, and geopolitical) in both the theory and practice of liberal internationalism and a “liberal international order.” Economically, a considerable segment of the American working and middle classes do not believe that they have benefited from liberal globalization.

On the national challenge (which is also, in my view, a normative challenge), Dueck points out that liberal internationalists often have not distinguished between the authoritarian nationalism of China and Russia and the democratic nationalism of Great Britain and the United States, “while bypassing or ignoring the powerful arguments in favor of popular self-government and democratic accountability at the global level.”

Ikenberry does not answer this question directly, but his footnotes link to Keohane, Nye, and other liberal internationalists, who explicitly argue for limiting American sovereignty. In 2005, Keohane wrote, “The United States especially needs to be held accountable [to global publics], because its internal democracy cannot be counted on to defend the interests of weak peoples whom US actions may harm.”2 In 2010, Keohane and Allen Buchanan wrote, “Democratic governments [tend] to disregard the interests and preferences of those outside their own publics.” Therefore, these liberal internationalists suggested that the remedy to this “limitation of the democratic channel [of accountability],” are “the activities of external epistemic actors,” which would provide a “transnational civil society channel of accountability.”3

Seventeen years ago in Orbis (Summer 2002), I argued that liberal “internationalism” more accurately could be described as “transnationalism.”4 The term was more fitting because the emphasis was not inter-national (or relations between states), but transnational or supranational, which advocated policies “beyond” or “above,” the democratic nation-state.

I also examined the influential forces promoting global governance including the leadership of the European Union, the UN, and major international institutions; leading sectors of the American and European foreign policy establishment; major global corporations; groups such as the American Bar Association; and even, nationstates, such as Germany, that seek to shift authority from states to transnational and supranational institutions.

Given their prominence in elite circles, these forces promoting global governance constitute a major actor on the chess board of world politics and should be taken seriously as a challenge to the democratic sovereignty of American constitutionalism. With the increasing polarization in the American body politic, it is likely that this challenge will only intensify in the years to come. Colin Dueck’s superb analysis of the essence and significance of conservative nationalism in American foreign policy is hopefully the beginning of deeper understandings of the nuances of global politics.