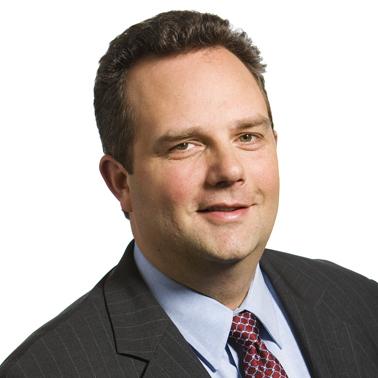 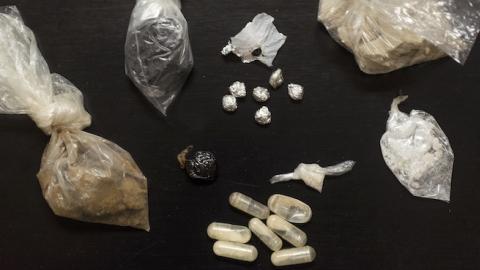 Caption
A variety of different types of heroin on display at the State Crime Lab at the Ohio Attorney General's headquarters of the Bureau of Criminal Investigation in London, Ohio, September 16, 2015. (Ty Wright/Washington Post/Getty Images)

As the Wall Street Journal rightfully acknowledged in a recent editorial, the costs of marijuana legalization are “higher than advertised.”

When marijuana is legalized, its use becomes normalized (acceptable, even something to be encouraged), a process accelerated by soon-entrenched commercial interests pressing ever greater use to expand their profits. The result is increasing prevalence that damages individuals and communities.

For individuals, in addition to the dangers of dependence and mental disorder presented by the marijuana itself, the evidence is strong and growing that increased marijuana use also presents a greater likelihood of increased use of other illicit drugs.

Further, because the criminal black market in marijuana continues and is even enhanced in communities where the marijuana market has become commercialized, the criminal market in other drugs such as heroin, fentanyl, and cocaine is http://www.rmhidta.org/html/2016%20FINAL%20Legalization%20of%20Marijuana%20in%20Colorado%20The%20Impact.pdf" title="Legalization of Marijuana in Colorado: The Impact | Volume Four | September 2016">reinforced</a> as marijuana prevalence grows. The forces of violent, criminal drug dealing in multiple lethal illicit substances get "stronger in states that have accepted an expanded commercial marijuana market.

It is by now well-established that there is an increased risk of use of other drugs of abuse, including heroin and cocaine, as a function of early exposure to marijuana. As we noted in Part One of this Threat Assessment, in 2014, a twenty-year review of the literature in the journal Addiction stated that evidence for this “gateway” effect showing the order of involvement with cannabis and other illicit drugs, and the increased likelihood of using other illicit drugs, “are the most consistent findings in epidemiological studies of drug use in young adults.”

This gateway risk is especially pronounced in the presence of the current opioid epidemic and overdose crisis sweeping the nation. Though the precise figure for an elevated gateway risk from marijuana use varies across specific studies, a clear example can be seen in a recent Centers for Disease Control graphic showing that “people who are addicted to marijuana are three times more likely to be addicted to heroin.”

As a former Director of the National Institutes on Drug Abuse has stated, “the vast majority of heroin users have used marijuana (and many other drugs) not only long before they used heroin but while they are using heroin.” Though cigarette and alcohol initiation occur at nearly the same time in adolescence, time and again people in treatment lament that it was their first experience with marijuana that was the source and beginning of their illegal drug use career.

Though clearly not all marijuana users will go on to abuse opioid drugs, a distinct and consistent proportion of those users, especially frequent users who began their exposure in adolescence, are at high risk. The implications are clear.

Youth living in communities witnessing a sharp rise in marijuana availability and use are additionally threatened by the growing opioid epidemic. Where increasingly potent and deadly heroin and fentanyl availability and use, for example, becomes prevalent, youth using marijuana have a greater likelihood of becoming trapped in opioid addiction.

There is also growing evidence in animal studies that the effect of marijuana actually “primed” the brain for enhanced sensitivity to other drugs, such as the opioid drugs, showing a “convergence” in the neurobiology of the cannabis and heroin systems. In addition to very troubling evidence that prenatal exposure to cannabis "increases(Prenatal Cannabis Exposure Increases Heroin Seeking
with Allostatic Changes in Limbic Enkephalin Systems
in Adulthood):http://usdbiology.com/cliff/Courses/Advanced%20Seminars%20in%20Neuroendocrinology/Stress%20and%20Drugs%20of%20Abuse/Spano07.pdf heroin-seeking, researchers also "found that exposure to THC, the cannabinoid intoxicant in marijuana, increases “behavioral activation” when exposed to morphine and the effect works both ways; morphine exposure resulted in “cross-sensitization” with cannabinoid activation. In other words, the research suggests that exposure to marijuana alters the brain to make it more susceptible to the opioids’ addictive pull.

Research in humans reinforces these findings. Critical studies of twins (here and here, for instance, showed that “rates of other drug use disorders and common psychiatric conditions were highly correlated with extent of cannabis involvement.” Further, they found that “early marijuana use by itself, even after control for other covariates, increases significantly the use of other illicit drugs.”

Simply put, no parent can ignore the compelling evidence that marijuana presents a real threat in their children’s lives. A widespread, insistent, commercialized legal marijuana market, associated with exploding THC potency in products clearly attractive to children, is a growing disaster.

Further, in the midst of the dramatically spreading opioid epidemic, one cannot ignore the evidence that increased marijuana use compounds that threat, especially for youth.

This risk is amplified by the connections found between a rising heroin and other opioid criminal market and a rising illicit marijuana market. In states that have legalized commercial marijuana, such as Colorado, there is a growing presence of the poly-drug dealing black market that presents the risk of two epidemics that feed into and exacerbate each other.

Colorado, the first state to legalize, is now the only state that has high rates of use of all four major substances of abuse: alcohol, opioids, cocaine, and marijuana. They are also experiencing a surge in opioid overdose deaths, and local researchers note that the opioid epidemic has been coincident in time with the increased marijuana black market following legalization, especially in hard-hit towns like Pueblo

The vast commercial market for marijuana in Colorado remains a cash business, because federal law still identifies the sale of marijuana as criminal and banks are subject to penalties for facilitating criminal activity. Not only are poly-drug dealers coming from all over the world to capitalize on the “legal” drug debacle, the risk is great that criminal organizations will “launder” their proceeds from all drug sales through the marijuana storefronts.

Politicians who promoted legal marijuana argued that a safe, regulated commercial industry would provide an alternative to the dangerous black market, which it would supplant. That has not happened. Yet, many marijuana advocates now seek to defund the Drug Enforcement Administration’s efforts to eradicate the vast illegal marijuana cultivation in our forests. The illegal grows are the “competitors” to a successful, regulated and taxed market; it makes no sense to protect them, unless the advocates’ real goal is simply to enable a country full of dope.

Yet we still read hopeful market projections, such as those from research group Arc View, that anticipate substantial returns for investors from a commercial marijuana market. They predict the current legal and illegal market combined, becoming entirely legal and doubling in ten years, producing billions in profits by selling addiction.

The irony is that these glittering profits are not likely to happen. All market projections depend upon a scenario where somehow the entrenched, violent criminal market for marijuana, already smuggling Colorado product between the states and even internationally, will simply fold up and wither away, leaving the field free for corporate marketers and their lawyers.

Every effort to impose a tax, or limit access, or even curtail potency, provides incentives for illegal providers; they thrive as local distributors, but also treat Colorado as similar to the lawless drug havens found internationally in Afghanistan and the Andes, places where drug production supplies the world. Because law enforcement is hampered in Colorado, and illegal profits are astonishing (abetted by armed threats), the black market forces now http://www.rmhidta.org/html/2016%20FINAL%20Legalization%20of%20Marijuana%20in%20Colorado%20The%20Impact.pdf" title="Legalization of Marijuana in Colorado: The Impact | Volume Four | September 2016">export</a> high-potency marijuana to the "world

The promised gains, in profits and taxes, are an illusion. Health and social costs will consume the revenue, and the violent black market criminals have no intention of slinking away. They will fight, and in Colorado, the evidence is that they will win. Citizens will gain neither public health, nor public safety, nor their dreamed-of gold mine of profits.

The science is now clear about the known health risks of marijuana use, and its connection to the abuse of other, even lethal, drugs such as opioids, particularly fentanyl. Further, the argument that legalization would cause the violent illegal market to disappear is proving manifestly untrue. In fact, most arguments for legalization are exposed as, at best, wishful thinking, and at worst, outright lies. Fortunately, our nation is still governed by federal law—if it were again enforced—that can protect our citizens. But if we instead continue down this avoidable and unsustainable legalization path, the destructive toll on our citizens and communities will be staggering.