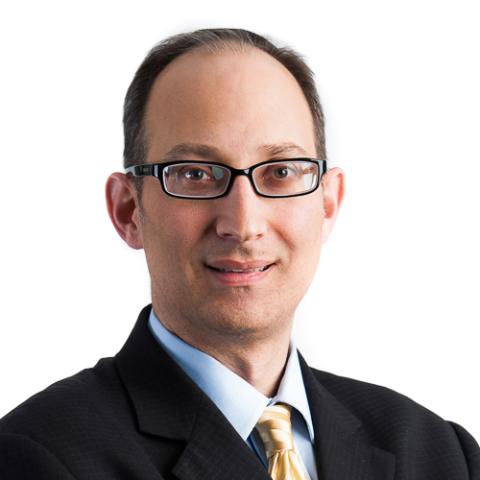 Over the last few months, we have seen the final and decisive disavowal of the work of Andrew Wakefield. Sadly, the damage this man has done is almost incalculable.

More than a decade ago, Wakefield set off a frenzy of fear when he presented “data” in the British medical journal Lancet that cast doubt on the safety of vaccines. Lancet eventually retracted the article, and only recently it was revealed that Wakefield may have had financial incentives to publish his spurious findings. Unfortunately, uninformed citizens, sensationalistic journalists, and opportunistic celebrities continue the momentum of his discredited work—endangering individual lives and our public health. As vaccine advocate and expert Paul Offit has said, “You can’t unring the bell.”

Nevertheless, that is exactly what Offit tries to do in Deadly Choices.Because of the deleterious impact of Wakefield and others like him, this book is a much-needed inoculation to help prevent future public scares. Offit reviews the history of vaccines, their importance, and the various attempts to discredit them over the past few centuries.

According to Offit, Wakefield is not the first anti-vaccine advocate to be thoroughly repudiated. Offit reminds readers of the controversy surrounding the pertussis vaccine, which some charged was a cause of mental retardation. This theory was thoroughly disproven by Samuel Berkovic in 2006, who demonstrated that a very specific genetic mutation caused the retardation in the studied cohort. Nevertheless, as Offit notes, the attack on the pertussis vaccine was a preview of the rules for anti-vaccine radicals—and the aftermath of damage: Despite the Berkovic study, he notes, “Not a single newspaper, magazine, or radio or television program carried the story.”

Offit also tells the tale of the creepy and iconic doll Raggedy Ann, which was created by cartoonist Johnny Gruelle after his daughter Marcella died following a smallpox vaccine. According to Offit, Raggedy Ann’s floppy arms and legs were supposed to signify a child harmed by a vaccination, despite the fact that “the medical report stated that the child had died from a heart defect.”

As these stories show, Offit is clearly frustrated by the superior ability of the anti-vaccine forces to deliver their misleading message with horrifying images or rhetoric. Offit has particular disdain for celebrities like Jenny McCarthy who misuse their fame (such as it is) to frighten parents into not getting their children vaccinated—which is dangerous not only for the children, but for their classmates, friends, and neighbors as well. Particularly irresponsible is
Dr. Mehmet Oz who, despite his medical degree, freely admits that he does not get his children vaccinated because “my wife makes most of the important decisions as most couples have in their lives.” Oz’s wife, like Jenny McCarthy, has no scientific or medical training. Offit also provides a photograph of the happy couple, perhaps to reveal that (also like McCarthy) she has certain external characteristics that may cloud Dr. Oz’s decision-making process.

One thing Offit does not do here is describe the degree to which he has been pilloried and threatened by the anti-vaccine movement for his efforts to show that vaccines are not only safe, but also lifesaving. Enter author and medical expert Robert Goldberg, who tells another vital part of the story in his Tabloid Medicine. According to Goldberg—full disclosure: I know Goldberg socially, but have never met Offit—Offit has been characterized as a “devil,” a “prostitute,” and a “terrorist” for his efforts and has been repeatedly sued. He has also been forced to hire security for his own protection. Yet Offit remains undeterred in his attempt to promote the use of vaccines as a public health measure. As Goldberg notes,

Two things seem certain: Dr. Offit will never pipe down and stop standing up to these instant experts and their supporters, and they will never stop trying to silence him through harassment and intimidation.

Goldberg’s book is broader than Offit’s, as it looks at a variety of antiscience attacks on medical innovation. Goldberg makes the smart observation that the Internet has tilted the playing field in favor of those trying to scare patients, and against those trying to fight frenzied fiction with sober statistics. Although he acknowledges that the Internet has great potential to advance the cause of science, he also notes,

Online information can be alarmist or can over-represent the potential for serious illness or side effects, and many websites represent an agenda that can be at odds with the existing scientific data and distorts contemporary information in a way that is misleading and disingenuous.

Goldberg’s premise is that people are largely incapable of evaluating risk as it applies to them as individuals. (In this, he is influenced by the pioneering work of the late social scientist Aaron Wildavsky and the Nobel Prize-winning economists Daniel Kahneman and Amos Tversky.) According to Goldberg, the Internet exacerbates the situation by highlighting the sensational and burying the mundane, leading not only to anti-vaccine scares but also “cyberchondria,” the mistaken belief that one is exhibiting symptoms read about on the Internet. This is not dissimilar to “medical students’ disease”—in which med students imagine they are coming down with the conditions they are learning about in the classroom—but far more dangerous as it potentially affects the entire online population.

Goldberg notes that there are smart, science-based writers out there who can counteract the scaremongering, but they are too often subjected to variations of the attacks that Offit has encountered. One of the most frequent assaults against advocates for sound science is that they are shills for industry. Critics insinuate or accuse them of having conflicts of interest because they have worked for or with pharmaceutical companies or for organizations with ties to pharmaceutical companies. This charge is so broad it probably includes every research university in the country as well as the entire federal government. According to Goldberg, the movement to expunge any potential “conflicts of interest” from scientific study is one with an ulterior motive: to squelch debate and take anyone who has worked with, near, or for pharma out of the game.

We can be thankful that Robert Goldberg and Paul Offit have repeatedly shown the courage to defend the integrity of the scientific process, often at personal and professional risk. These two experts have provided valuable insights into the fractured way our public debate is taking place and the grave potential consequences Internet and media irresponsibility can have for the public health.