Politics and the ‘Great Confinement’ 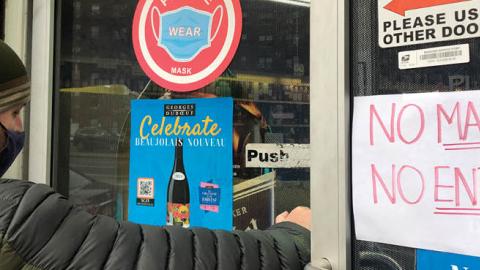 We may be on the verge of the most consequential U.S. political realignment in almost a century. The cause is Covid—or to be precise, the mishandling of the pandemic response by government, media and the scientific establishment. As the Great Depression destroyed the American electorate’s faith in Wall Street and big business, sweeping in a Democrat-dominated political order, so too has the “Great Confinement”—in the form of lockdowns, shutdowns and mandates—wrecked faith in the basic competence of American government. As in 1932, the party out of power stands to benefit.

The U.S. isn’t alone. For the first time in history the leading industrialized nations decided to close their economies and order citizens to stay home for months at a time. They shuttered schools and businesses, imposed mask and vaccine mandates, and disrupted virtually every institution on which modern life depends.

Unfortunately, the Great Confinement didn’t work. It neither stemmed the spread of Covid nor prevented large numbers of deaths. In many cases—the New York nursing-home horror being only one of the most extreme examples—it may have made the suffering worse. The governments responsible for the Great Confinement managed to do lasting damage to their nations’ economies. According to the consulting firm McKinsey, the global economy could suffer up to $35 trillion in losses by 2025.

In the Journal of the American Medical Association, former Clinton Treasury Secretary Larry Summers and Harvard Professor David Cutler called,encountered%20since%20the%20Great%20Depression Covid “the greatest threat to prosperity and well-being the U.S. has encountered since the Great Depression.” They estimated the economic cost of the pandemic could run as high as $16 trillion—with barely a quarter ($4.4 trillion) attributed to premature deaths from Covid itself. At the same time, trillions of dollars in government spending to compensate for lost jobs and lost livelihoods has added fuel to another epidemic: inflation—the worst in 40 years.

The pandemic tempted governments and their elite allies to treat citizens as passive objects to be dictated to, bullied and coerced en masse—an attitude not unlike that found in China, Cuba and North Korea—instead of as active thinking subjects with whom government is in partnership. With few exceptions (the Nordic countries are the best examples), governments failed to find ways to affirm that despite the pandemic, citizens were still individuals imbued with inalienable rights and independent moral standing. This is, after all, how most people see themselves in modern society—as free autonomous beings rather than as laboratory rats in a series of social science experiments.