Skip to main content
Reports
Subsidies and Unfair Competition in Global Commercial Aviation: How to Respond 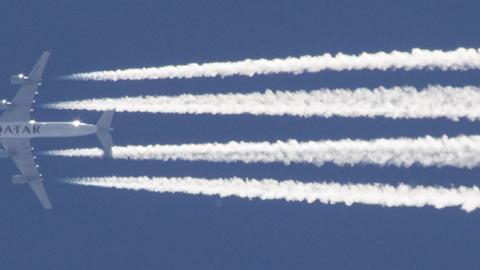 Updated to reflect 2019 figures and trends.

Commercial air passenger service is a mixed industry with privately owned companies competing against state-owned enterprises (SOEs) and partially state-owned firms throughout much of the world. Because World Trade Organization (WTO) rules and those of other trade agreements do not at this time cover international air passenger service, a system of bilateral “Open Skies” agreements has developed in order to open markets to international competition, reduce government interference in international aviation, and facilitate efficient resolution of disputes over rates, landing rights, and standard fair practices for commercial aviation. In recent years, however, heavily subsidized SOEs in the Persian Gulf states Qatar and the United Arab Emirates (UAE) have posed a major challenge to the maintenance of a stable Open Skies regime. Using tens of billions of dollars in government-provided capital not available to their overseas competitors, these SOEs have taken significant market share from established airlines in, for example, the United States, Europe, Australia, and India. Subsidized SOE air carriers in China—which has no Open Skies agreements with the world’s major industrialized nations except Australia—are beginning to raise many of the same concerns.

In 2018 the United States and the two Gulf sheikdoms concluded separate bilateral agreements intended to begin addressing this problem. Both accords mandated greater transparency in accounting by Qatari and UAE-owned air carriers so that unfair, market-distorting government subsidies would be more visible, and each agreement also included concessions from the sheikdoms about a related irritant: the proliferation of third-country stopover destinations on otherwise direct Gulf carrier routes to and from the United States. As major US carriers battle to reverse losses of market share due to increased international competition, the continued expansion of Middle Eastern airlines in transatlantic routes is a growing problem.

These accords are too new for any confident prediction to be made about how effective they will ultimately be in restoring open and fair competition to international commercial aviation. The United States—and its allies in Europe and Asia, many of whose established airlines have also been hurt by subsidized SOE competition from the Persian Gulf—should remain highly vigilant until relevant data can be collected and analyzed. In 2018 Qatar Airways purchased a large stake in the small Italian carrier Meridiana, restocked its aging fleet, rebranded the company Air Italy, and began opening new international routes between Italy and the United States—which suggests an intention to evade the spirit of the U.S.-Qatari agreement. Developments in 2019 only reinforced the suspicion that Qatar is using large subsidies to Air Italy to evade the commitments in the 2018 MOU. In the future, if the results prove disappointing, expanded use of the WTO or other trade agreements may be worth considering as a further tool to help address the problem of SOEs in general, not just those affecting the airline industry. A new 2019 EU rule points the way for possible international cooperation using precedents for prohibiting subsidization by SOEs. In the meantime, however, the United States and its allies should vigorously pursue the guarantees of financial transparency and equal opportunity to compete accorded to their domestic air carriers by the open skies system—and give cautious but serious consideration to the pursuit of additional Open Skies agreements with China, which currently operates outside the system’s framework of rules.