The Middle-Income Trap Will Haunt China 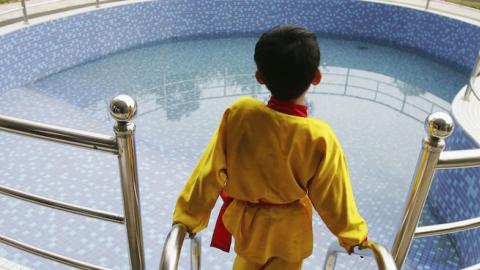 On Monday, Business Spectator published an interesting interview with Justin Yifu Lin, the former chief economist of the World Bank, who remains optimistic that China can continue its fast-paced growth of 7-8 per cent for another couple of decades.

Lin accepts that this is far from inevitable, and depends on sensible reforms being successfully undertaken. But Lin's point is that it is possible and we should not be too quick to accept that slower growth is a structural inevitability. In this column, I have about 800 words to say why I think Lin is wrong.

Lin argues that late-developing countries like China can grow much faster than developed economies during the catch-up stage of their development. He points out that China's per capita income level is only 21 per cent of the US back in 2008, which roughly reflects Japan's position in 1951, Singapore's in 1967, Taiwan's in 1975 and South Korea's in 1977. These countries subsequently all grew between 7.6 and 9.2 per cent for two decades.

As he goes on to say, the large gap that exists between China and the US means that if China follows the growth pattern of these four advanced East Asian economies, there is a good chance that it can still deliver 8 per cent for another 20 years.

There are several problems with Lin's argument.

The first thing to note is that China has done things in reverse to these successful East Asian economies. It was only after these other East Asian economies reached around a quarter of GDP per capita levels of advanced economies such as the US -- where China was in 2008 -- that fixed investment took off.

Moreover, China's fixed investment splurge when it was a poor country puts into the shade fixed-investment activity when Japan, Taiwan, South Korea and Singapore reached one quarter of America's per capita GDP. During the periods of rapid industrialisation in these other countries during the 1950s, '60s and '70s, fixed investment as a proportion of GDP was at around 30 per cent, and only for brief periods of several months did it reach 35 per cent.

As mentioned, China had already reached those levels by the late 1980s at a time when it was still immensely poor. But in case readers still thought China's fixed-investment model can continue for some time yet, fixed investment as a proportion of GDP has now reached around 50 per cent -- unprecedented for any significant length of time for any economy in history.

Take the last decade during which China's official GDP increased by around 162 per cent. Of this 162 per cent increase, additional labour inputs have contributed about 6 per cent. But an enormous 135 per cent can be attributed to fixed investment, according to World Bank figures, with total factor productivity (using labour and/or capital more productively) contributing to only 20 per cent of the 162 per cent growth. This means that fixed investment has been behind more than 80 per cent of China's GDP growth over the past decade.

The point is that China is close to exhausting its fixed-investment play, which is the fastest way to generate rapid growth. Rather than evidence of further latent high-growth potential, the absurd levels of fixed investment in China show an economy that does not allow market and price signals to determine the level and nature of economic activity, or else suppresses these signals altogether.

In any event, we ought to remember Paul Krugman's famous 1994 article, "The Myth of Asia's Miracle" in the Foreign Affairs journal, which argued: "economic growth on expansion of (capital) inputs, rather than on growth per unit of input, is inevitably subject to diminishing returns". It could be that China has a way to defy the laws of economics. But the more likely reality is that economic gravity is already having its effect. After all, the amount of capital input needed to produce one additional dollar of output (the capital-output ratio) increased from 2:1 in the 1980s, to about 4:1 in the 1990s, and was well over 5:1 in 2011, according to OECD figures. At the end of 2012, the ratio was 5.5:1.

Furthermore, Lin argues that these other East Asian economies all went against prevailing economic wisdom at the time to become advanced economies. But the handful of economies that have escaped the 'middle-income' trap and become advanced economies -- including the East Asian ones -- all had one thing in common which does not apply to contemporary China: they all had strong and developed institutions required for sophisticated commercial interactions such as rule-of-law, strong property and intellectual property regimes that are reliably enforced, and an independent judiciary needed to fairly and reliably resolve commercial disputes between commercial actors.

Unlike modern-day China, the early stages of advanced and innovative economies also have political economies that largely allocate economic opportunity and credit based on commercial merit rather than on policy or political grounds. Every indicator shows that China's private firms are more innovative, use capital more efficiently and productively, and are far more responsive to market and price signals. Yet, President Xi Jinping, like his predecessors, has continually reaffirmed that state-owned-enterprises are to take the lead in every significant sector of the Chinese economy.

Perhaps China can transform its SOEs into world-beating firms. But that has not been the experience of the other successful East Asian countries, which have allowed the private sector to take the lead once low-middle income status was reached. Once again, China is doing the opposite.

The bottom line is that it may not be doom and disaster for China. But two things seem clear: for one, a structural slowdown is already occurring and the law of diminishing returns for ever increasing capital input is well and truly happening. Moreover, moving to a consumption-driven economy, even if that occurs, will not sustain growth rates of 7-8 per cent.

And two, China cannot become an advanced, innovative and responsive economy without drastic changes to its political economy. For the other East Asian economies that broke past the middle-income barrier, they had already entrenched many liberal civil and economic institutions by the time they reached middle-income status and did not require radical changes to their political and economic systems. This partly explains why they enjoyed a relatively smooth and non-violent transition to political pluralism and eventually democracy. If we throw in factors such as the certainty that China will grow old before it grows rich -- whereas the other successful East Asian economies grew rich first before they became old -- then China may not be able to take much comfort from the experience and successes of its advanced neighbours.