The unprecedented anti-corruption campaign launched by Communist Party Chief Xi Jinping in late 2012 shows, among other things, that a kleptocracy has taken root inside the Chinese state and economy. While the campaign has provided more detailed information on the scope and depth of corruption in China, the origins and characteristics of this new type of kleptocracy remain poorly understood. 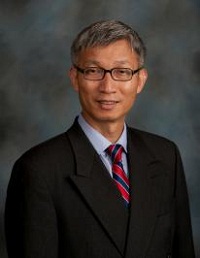 Using data collected from more than 100 corruption cases involving multiple party and government officials, Minxin Pei argues this kleptocracy originated two decades ago when elites in the Chinese party-state, private businesses, and organized crime colluded to loot state-owned assets. The effects of such looting and collusion go beyond the illicit enrichment of a small number of elites. Pei contends that they are the underlying forces causing the decay of key institutions in the Chinese party-state.

Virtual Event | Seapower and US Strategic Competition in the Indo-Pacific

Virtual Event | What to Expect from the Indo-Pacific Economic Framework