Skip to main content
Past Event
Caught in the Crossfire: Balancing EU relations with the U.S. and China
Tuesday 7:45 - 9:30AM
Register for Event

Caught in the Crossfire: Balancing EU relations with the U.S. and China 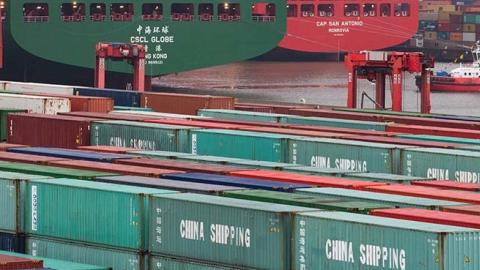 Caption
The container ship 'CSCL Globe' of shipping company China Shipping Group is accompanied by tugs during the docking maneuver at the container terminal Eurogate in Hamburg, Germany.
Tuesday 7:45 - 9:30AM
Past Event

Liselotte Odgaard is a non-resident senior fellow at Hudson Institute focused on security issues between the US, Europe, and East Asia.

Hudson Institute will host a discussion on the future of the European Union’s relationship with the U.S. and China. The European Union is increasingly facing challenges from both within and without. Complications from Brexit, growing populism, and migration have tested the strength of the European Union. Meanwhile, the U.S. has opened trade disputes with the EU, taken steps to withdraw from the Intermediate-Range Nuclear Forces Treaty, and raised concerns regarding Europe’s financial commitment to NATO. And as mounting tensions test the resolve of European politics and EU alliances, Beijing continues to expand its presence in the region through its Belt and Road Initiative and proposed high-tech partnerships.