Skip to main content
Past Event
China's Human Rights Abuses in Xinjiang and the U.S. Response
Wednesday 6:45 - 8:15AM
Register for Event

China's Human Rights Abuses in Xinjiang and the U.S. Response 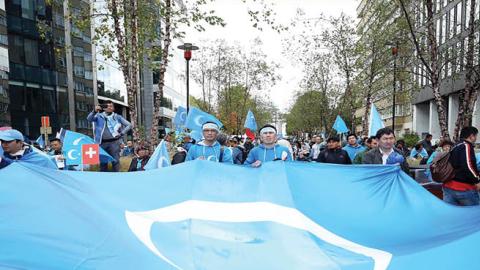 Recently leaked documents have exposed the Chinese Communist Party's strategy of implementing the largest-scale persecution of a distinct ethnic-religious group since the end of World War II. The classified documents record in grim detail how Chinese officials conduct mass surveillance, forced detention, and the indoctrination of at least one million Uyghurs and other Muslim groups in Xinjiang.

What do these documents reveal about the nature and scope of the internment campaign in Xinjiang? What is the CCP leadership signaling about its ambitions at home and abroad? How should these revelations affect the U.S. Senate's consideration of the Uyghur human rights bill, and will other countries respond to China's human rights abuses?

Join Hudson Institute as prominent experts on the Xinjiang crisis address these questions and consider what the U.S. and other nations can do in response.