Skip to main content
Past Event
Video Event | The Future of Venezuela: A Conversation with Special Representative Elliott Abrams
Thursday 5:00 - 5:45AM

Video Event | The Future of Venezuela: A Conversation with Special Representative Elliott Abrams 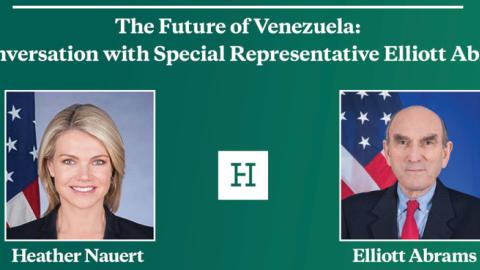 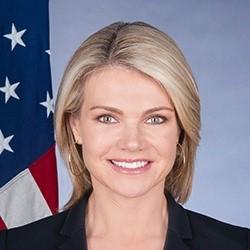 Heather Nauert is a senior fellow at Hudson Institute, with a focus on U.S. foreign policy.

Join Hudson Institute for a conversation with Special Representative for Venezuela Elliott Abrams and Hudson Senior Fellow Heather Nauert as they discuss the Trump administration’s proposed Democratic Transition Framework for peace and stability in Venezuela.

As Special Representative Abrams outlined in the Wall Street Journal, the framework proposes free and fair elections as a path out of Venezuela’s current national crisis. The plan would see interim President Juan Guaidó and former President Nicolas Maduro step aside and the elected National Assembly establish a transitional government to oversee a new presidential election.

Additionally, the plan renews calls for an independent and unrestricted media and foresees the need to replace the current Supreme Court, a corrupt body that bolsters the Maduro regime at the expense of the citizens of Venezuela.

How has the proposal been received thus far? What is the impact on existing U.S. sanctions? How has the COVID-19 outbreak affected the ongoing conflict within the country? Special Representative Abrams will answer these and other questions as he discusses the future of Venezuela.