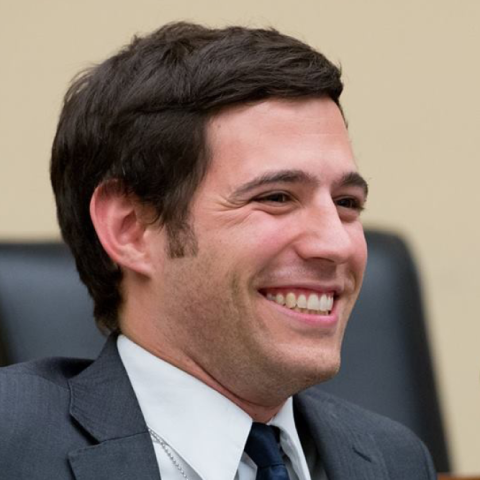 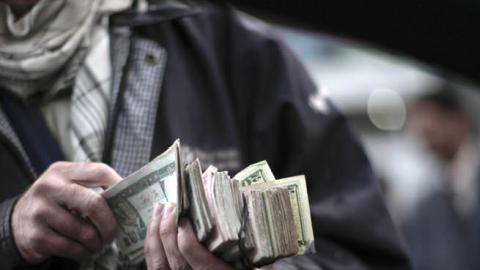 Last month, while the United States’ pullout from Afghanistan unfurled, the office of the U.S. Special Inspector General for Afghanistan Reconstruction (SIGAR) released a thorough 140-page report on lessons from Washington’s two-decade presence in the country. Amid details of political decisions and missed opportunities, the report offered a run-through of the one element the United States consistently overlooked during its occupation: corruption. Specifically, the SIGAR report details the American choices that, time and again, “increased corruption”—corruption that rotted the U.S.-backed regime and that allowed the Taliban to topple the government far more quickly than many assumed.

The examples of American decisions and policies that expanded rampant corruption—and how such expansion stemmed directly from the U.S. presence—are too numerous to list. Delivering “ghost money” to corrupt Afghan officials, looking the other way when investigations into elite corruption stalled out, ignoring signs that paid-off warlords were in hock to Taliban insurgents—the United States’ presence in Afghanistan is saturated in stories of how America and its NATO allies ignored metastasizing corruption, especially in Kabul.

Nor was it all the kind of simple, bags-of-cash bribery we may be accustomed to. As SIGAR notes, much of the U.S.-fueled corruption stemmed directly from increased U.S.-backed investment in the country, without any commensurate oversight. “As spending increased, the United States initially failed to recognize the existential threat that corruption posed to the reconstruction effort, missing an opportunity to make anticorruption efforts a central part of its strategy,” SIGAR writes.

It has long been known that a flood of international aid can incentivize corruption—with corrupt officials trying to grab at as much of the financial inflow as possible—but Washington apparently missed the memo. “The basic assumption was that corruption was created by individual Afghans and that donor interventions were the solution,” SIGAR notes. “It would take years for the United States to realize that it was fueling corruption with its excessive spending and lack of oversight.” As one 2010 State Department cable quoting the Afghan national security advisor noted, “corruption is not just a problem for the system of governance in Afghanistan; it is the system of governance.” And those on the ground stood perplexed. As one Afghan police official wondered aloud, according to SIGAR, “Why don’t you just stop giving us money?”

The White House has now correctly identified something long obvious, yet long overlooked: that corruption “hobbles effective governance” and “contributes to national fragility.” The Biden administration recently moved to elevate corruption to a core national security threat, on par with problems like terrorism. Yet that elevation means nothing without commensurate policy changes moving forward. After all, this is hardly the first time the United States supposedly learned lessons from attempting to back a wildly corrupt client state, only to watch it collapse as soon as America uprooted.

Time and again, Washington’s focus on short-term security goals trumped efforts at implementing and overseeing counter-corruption efforts. This wasn’t necessarily surprising. All the most obvious incentives—political, structural, financial—pointed to easy, low-hanging victories, which American officials could then splash across headlines or inject into press conferences. But much of it also stemmed from a kind of particularly American hubris, which views corruption as something that remains endemic to certain cultures or to certain countries. Rather than recognize the direct linkages between spiraling corruption and American funding and policy decisions, U.S. officials, as SIGAR concludes, viewed corruption “the same way as it would be in the United States—as the deviant criminal behavior of individual Afghan officials, rather than a systemic phenomenon.”

Likewise, American officials seemed to think that the corruption they encountered (and fostered) remained localized to pockets of Afghanistan and that it could be corralled while dealing with security concerns elsewhere. But that vantage completely missed how corruption has shifted over the past few decades. With the rise of modern kleptocracy, corruption and illicit funds rarely remain in a single jurisdiction. Instead, these dirty funds hop borders, hop countries, and hop multiple financial secrecy vehicles that make tracking and returning the looted assets infinitely more difficult.

One case in point was the saga of Kabul Bank, which revealed itself in the early 2010s as an unprecedented Ponzi scheme that saw politically connected Afghan figures whisk nearly $1 billion out of the country into places like Dubai, leaving Afghan depositors holding the bag. Nor did the looted assets stop there. Instead, dirty money fleeing Afghanistan followed well-worn paths—including directly into the United States, itself one of the world’s largest destinations for illicit finance. As Jodi Vittori, who worked on the main anti-corruption task force in Afghanistan, told us last month, “A lot of those Afghan kleptocrats already have houses in the U.S. A lot of that money came here. … I don’t know if they’ll be paying for think tanks, but they certainly have already moved their money here.”

Even after the Kabul Bank collapse, though, little changed, either in Afghanistan or in terms of U.S. policy. Year after year, the story was the same. Prioritizing a “security first” doctrine, paying lip service to anti-corruption efforts, and looking for easy victories that could be packaged for an impatient population back home, the United States shunted corruption concerns to the side. As Sarah Chayes, one of the leading experts on Afghan corruption and a former special assistant to Adm. Mike Mullen (then the chairman of the U.S. Joint Chiefs of Staff), detailed earlier this month, she helped develop a slate of effective counter-corruption strategies, from sanctioning crooked officials to cutting off funding for corrupt military commanders to even targeting the corrupt family members of then-Afghan President Hamid Karzai.

The plan would have reinvigorated America’s focus on Afghan corruption and would have been one of the most innovative anti-corruption efforts ever launched by Washington. But it died amid concerns about, among other things, how it would look if the United States suddenly went after officials it had backed for years. As Chayes wrote, “None of those plans was ever implemented.”

A raft of reformers in the United States have already put forward a slate of anti-corruption proposals, including those propounded by Chayes. SIGAR, too, noted a range of policy recommendations, such as having the National Security Council establish an interagency task force that would take the lead on anti-corruption strategy, while deepening anti-corruption expertise across everything from the State and Treasury departments to the intelligence community.

Back home, Congress is leading the charge with an unprecedented slate of counter-kleptocracy bills that would create an entirely new anti-corruption toolbox to deal with the corrupt networks that undermine U.S. aid. The tip of this spear is the recently introduced bipartisan Counter-Kleptocracy Act, which bundles seven bills that would do everything from mandating public reporting on anti-corruption compliance in all countries to criminalizing the demand side of bribery—that is, issuing charges against those squeezing Americans for bribes. The bill would also allow for the publication of certain travel bans against corrupt actors and confront golden visa and Interpol abuse, both common among kleptocrats like those entrenched in Kabul.

Other major initiatives, such as the Countering Russian and Other Overseas Kleptocracy (CROOK) Act, would revamp U.S. aid to be much faster on its feet, creating a new model of aid that could complement the clunky multiyear technical programs that have often proved ineffective and difficult to change. (Afghanistan remains a key case study in how quickly windows for reform can close.) Of course, it is security assistance that desperately needs new anti-corruption protocols, which, as of now, are largely nonexistent. A so-called Leahy Law—which denies military assistance to those who violate human rights—should also be considered for those engaged in corruption.

Given that corruption poses a central (and increasingly existential) national security threat, the National Defense Authorization Act—the annual bill that authorizes the armed forces of the United States—is a powerful vehicle for the passage of much of this legislation. And already the U.S. Helsinki Commission and the Caucus Against Foreign Corruption and Kleptocracy, the two key bodies within Congress pushing these reforms, have had success in attaching new bills onto this must-pass defense authorization. One of these, the Foreign Corruption Accountability Act, which would authorize public travel bans against corrupt actors, specifically implements a policy recommended by SIGAR. Another—dubbed the Justice for Victims of Kleptocracy Act—would mandate transparency regarding assets seized from kleptocrats, a move that is especially pertinent given how many Afghan kleptocrats now have much of their dirty money in the United States. This bill would mandate that the Department of Justice publicly list kleptocratic assets seized by U.S. law enforcement—a move that, as Nate Sibley at the Hudson Institute’s Kleptocracy Initiative notes, could well “have surprising geopolitical implications.”

Beyond these specific bills, though, the United States needs to reformulate the kind of “security first” doctrines that have driven so much of its efforts, and failures, in places like Afghanistan and Iraq. The notion that short-term security concerns should trump all other concerns—no matter how much corruption may result—is one that has proved outdated and ineffective, over and again. And it was a consistent through-line in Afghanistan: As SIGAR reports, one senior U.S. official “recalled the perceived tradeoffs between security objectives and anticorruption, saying that U.S. agencies did not want to aid and abet corruption, but national security was the higher priority.” And it’s that blindness, that inability to locate anti-corruption efforts as central to national security, that ultimately cost the United States success in Afghanistan.

The days of this kind of “security first” doctrine must end. Paying off crooked warlords for supposed security, ignoring clear signs of kleptocratic behavior in pet clients, bankrolling those benefiting from the swills of dirty money sloshing around, all while leaving the door open for illicit funds to be laundered back in the United States—all of it points to ultimate failure. All of it is simply laying the groundwork for eventual defeat. Corruption may lead to a tactical success, and abetting or ignoring corrupt networks may appear an easy fix in the moment. But as we’ve seen over and over, it will always blow up in America’s face.