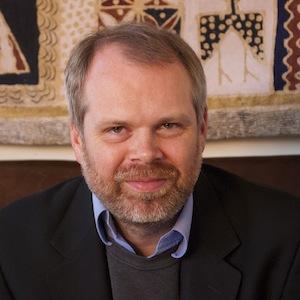 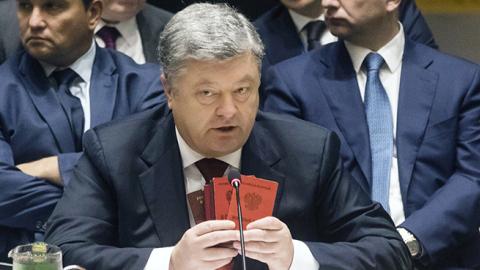 In February 2015, Ukrainian President Petro Poroshenko made calls for United Nations (U.N.) peacekeepers in Eastern Ukraine as a means to facilitate a resolution to the conflict. Almost two years later, the war lingers on with almost daily casualties and no end in sight.

In September 2017, President Vladimir Putin of Russia floated the idea of a light United Nations force which would have a limited mandate to protect existing international monitors in eastern Ukraine. In its original form, the proposal was seen as a non-starter by Kyiv and its western partners, who saw it as an attempt to cement and legitimize Moscow’s de-facto control over a significant part of the Donets Basin (Donbas) region.

In response, American and European officials proposed far more ambitious ideas for a peacekeeping force that would have a broad mandate to protect civilians and return the breakaway region to Kyiv’s control as per the Minsk agreements.

American-Russian talks on the issue have made little progress to date. U.N. officials are skeptical about the project, while few countries seem keen to offer peacekeepers. This paper assesses the potential for an international peace operation in eastern Ukraine, drawing on precedents from missions in the Balkans, Lebanon and elsewhere. While the present stage of diplomatic talks justifies skepticism about the current prospects for such a mission, the paper sketches out what a potential deployment would entail in practice.

The primary challenge to any international force would be the immediate security situation in eastern Ukraine. Moscow would need to withdraw its own regular forces from the region and pressure the leaders of the Donetsk People’s Republic (DNR) and Luhansk People’s Republic (LNR) to accept the peacekeepers and wind up their own military operations.

Even if this is possible, peacekeepers could face violent and non-violent resistance, and Russia could stir up a fresh insurgency or send its own forces if it wished to disrupt the process of regional reintegration.

International forces, whether under full U.N. command or an MNF under a U.N. political umbrella, could not realistically fight to control eastern Ukraine against sustained Russian-backed military challenges.

However, a force could contribute to stability in more permissive (though still dangerous) conditions by:

This paper argues that either a well-equipped U.N. force or an MNF could undertake such roles, but the force’s credibility would depend on raising 20,000 or more high-quality forces. Large-scale deployments by NATO countries are unlikely. Credible alternatives include units from non-NATO European countries; former Soviet states acceptable to both Moscow and Kyiv like Kazakhstan; and experienced peacekeepers such as Latin American states. Nonetheless, a coherent and viable force may only be possible with some NATO nations’ involvement, and Western negotiators would need to persuade Russia of this.

Experiences in cases such as Kosovo show that international military forces cannot maintain public order alone, and require police support. A peacekeeping mission in eastern Ukraine would need police to:

The U.N. has significant policing experience, and both the EU and Organization for Security and Cooperation in Europe (OSCE) have worked on police training and reform since the 1990s. The three organizations could cooperate in this field in Ukraine under overall U.N. authority. But police officers and gendarmerie from NATO members such as Italy, Portugal and Romania would probably be necessary to enable this, again requiring sensitive conversations with Russia.

The civilian role of a mission could be as sensitive as its security role. A full-scale international administration of DNR and LNR on the Kosovo model is unlikely to win Kyiv’s support. Nonetheless, Ukraine would need to accept a high level of international oversight of elections to the Ukrainian parliament stipulated by the Minsk Protocols and longer-term socioeconomic reintegration efforts.

A dynamic international political leader – probably a Special Representative of the U.N. Secretary-General – would be necessary to broker compromises between Kyiv and the DNR and LNR leaderships.

To enable the Minsk-mandated elections, the peacekeepers would need to:

While a fully internationally-run electoral process might be unacceptable to Kyiv, the U.N. and OSCE could take operational responsibility for the polls under the aegis of an electoral commission involving representatives of all parties. The EU could deploy an independent observer mission to review the polls.

To address socioeconomic issues, a mission would need to deploy:

The chances of a peacekeeping force successfully deploying to eastern Ukraine are currently low. But if broader political circumstances created an opening with Moscow for this option, there is sufficient evidence to suggest an international force could manage the basic security, policing and political dimensions of reintegrating the Donbas under Kyiv’s control. It would be a risky and stop-start process, but it may be the best way to end what is Europe’s deadliest ongoing conflict, and remove one of the main obstacles to normal relations between the West and Moscow.