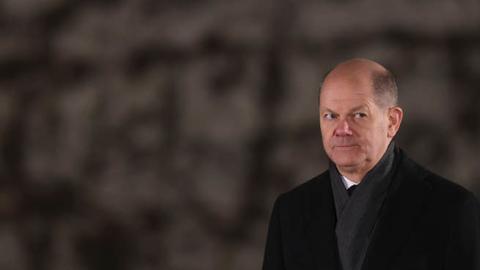 When German Chancellor Olaf Scholz stood before his country’s parliament in the first days after the Russian invasion of Ukraine and announced a Zeitenwende —or turn of an era—in German foreign policy, his country was agog. So were Germany watchers around the world. The country, Scholz announced, would immediately start rebuilding its military, supplying Ukraine with weapons, and eliminating its energy dependence on Russia. In one speech, he overturned not only decades of Russia policy but also German restraint and pacifism in security and defense. Scholz had taken the initiative without consulting anyone other than his finance minister, flooring even senior members of his own Social Democratic Party, which has a long record advocating for appeasing Russia. For a brief moment, a dramatic shift seemed in the offing.

Alas, the shift has not come to pass. In Berlin last week, German officials and observers described the speech to me as a moment in time rather than a shift in course. In a way, this is unsurprising. A former mayor of Hamburg, Scholz led his party to victory in last year’s election by leaning into the Hanseatic reputation for quiet competence, prudence, and composure. In other words, he sold himself as another version of his predecessor, Angela Merkel, who was known for her understated style and technocratic mastery. Lacking experience in geopolitics, Scholz promised little new in foreign policy.

His skills served Scholz well in the campaign, but they have proved a liability during a major European war. As a former finance minister, Scholz’s initial reflex after learning of the Russian invasion was to flood the zone with money, including a 100 billion euro ($108 billion) fund to bolster Germany’s armed forces. As a Social Democrat, his inclination since his uncharacteristically bold speech has been to try to manage, rather than confront, Russia. In effect, Scholz has attempted to substitute spending for leadership. The implications for Ukraine are dire: Russian President Vladimir Putin may not have won the war, but he may yet win the peace—especially if Scholz teams up with French President Emmanuel Macron, who has been pushing for an end to the war at terms favorable enough to Putin that he is spared any “humiliation.” To that end, Scholz and Macron will travel to Kyiv this week with Italian Prime Minister Mario Draghi and Romanian President Klaus Iohannis.

Putin has long viewed Germany as ripe for exploitation. For far too long, the German political class prided itself for its supposedly patient, even-keeled approach toward Moscow that rose above what it saw as the unrefined fears and passions of its Eastern European allies. Over the years, Berlin forged a number of agreements, formulas, and formats it believed would appease and satiate Putin. Unable to imagine a full-scale Russian invasion of Ukraine, Germany either opposed deterrence as a hurdle for dialogue or ignored the balance of power altogether.

To be sure, Russia’s invasion has rattled German society. The German press has described it as a “ 9/11 moment, ” with polls suggesting a significant shift in public attitudes. For example, 52 percent of Germans now support the continued basing of U.S. nuclear weapons in Germany, up from only 14 percent last year.

When key voices such as German Foreign Minister Annalena Baerbock, a member of the Greens, and the parliamentarian Norbert Röttgen of the opposition Christian Democrats offer robust defenses of Ukraine, they are channeling a significant cross-section of society. Many Germans do not believe that a sustainable peace in Europe is possible without a serious setback for Russia and its imperialist aims.

Yet little of this finds expression in German policy, as set by Scholz. To be sure, he has not gone as far as Macron, who has suggested Ukraine surrender territory and warned the West against “humiliating” Putin. But the German reflex to answer Putin’s escalation by building diplomatic offramps is already reasserting itself. Scholz has initiated several calls with Putin, most recently a joint call with Macron that lasted 80 minutes and prioritized a cease-fire and solving the global commodity crisis. He is also reportedly reversing an earlier promise to station extra troops in Lithuania as part of NATO deterrence of any Russian attack on the Baltic states. Putin almost certainly interprets such moves as expressions of flagging Western resolve. In the days after the Scholz-Macron call, for example, he doubled down on attacking Ukrainian grain facilities.

At the same time, German military assistance to Ukraine remains paltry. Berlin reportedly failed to meaningfully supply Ukraine with any weapons in April and May and has yet to deliver a single heavy weapon since the start of the war. Although a few major systems are expected to reach Ukraine later this summer, the real prize—an advanced anti-aircraft system—won’t deploy until this fall, at which point German intelligence assesses Russia may have already completed its conquest of the Donbas. The scuttlebutt in Berlin is that this is intentional: Scholz does not want footage of German equipment engaging Russian forces to be published. (That Russian weapons manufactured with German machine tools and software are killing Ukrainians doesn’t seem to be of much concern in Berlin.)

The push for diplomacy and neglect of hard power are endemic to German foreign policy, but in the case of Ukraine, there is an additional complication in play. Since the end of the Cold War, Berlin has treated Ukraine as a mere plank of its Russia policy. When former Russian President Dmitry Medvedev, now deputy chairman of Russia’s Security Council, said in the days before the war that the West would stand down because it believes “Russia is more important than Ukraine,” he could easily have been describing Germany. It has become sport among the Berlin media to press Scholz and his defense minister, Christine Lambrecht, on their support for a Ukrainian victory, a goal that both refuse,view=conversionToLogin.bild.html to endorse.

The fact that Berlin is awash in rumors of secret negotiations with Russia suggests Germany would prefer to disappoint Ukraine than humiliate Russia—whatever that may mean. For example, if Putin offers to lift the blockade of Odesa in return for sanctions relief or pause hostilities in recognition of a new line of contact, voices for accommodation will only grow.

The accommodationists are emboldened by an unlikely ally: the United States. Just like Scholz and Lambrecht, U.S. officials have lately shied away from endorsing a Ukrainian victory. In private with their German counterparts, senior Biden administration officials have gone a step further, stating explicitly that Washington is not aiming for victory, either. When the Biden administration embraces Germany, it is less a tactic to flatter Berlin into taking a stronger line and more a reflection of general agreement between the two governments.

This posture—lukewarm support for Ukraine, eagerness to strike a deal with Putin, the hope to get back to business as usual—will set Europe back by years, perhaps even decades. The initial goodwill bought by Germany for suspending the Nord Stream 2 pipeline from Russia is fleeting, especially if any deal over Ukraine includes sanctions relief and the return to full oil and gas deliveries. Any such deal is sure to kill any remaining solidarity and trust underpinning the European Union. Even if they are not outright destabilized by the war, Eastern European states such as Poland and the Baltics will, in the future, see an EU led by France and Germany less as a community of values and more as an economic arrangement held together by euros and cents. The war in Ukraine may have badly mauled the Russian military, but if Putin appears confident, it is because Scholz—along with Macron—may yet help him snatch victory from the jaws of defeat. If so, it will be even clearer that the Zeitenwende was no such thing.